Ruby Group has announced the exciting opening of Ruby Mimi in Zurich, Switzerland.

Located on Beatenplatz in the heart of Zurich, where one of the city’s first cinemas was located, Ruby Mimi is reviving the old days of early silent film history. The hotel’s 208 rooms, 24/7 bar and private cinema exude glitz, glamour and lean luxury. 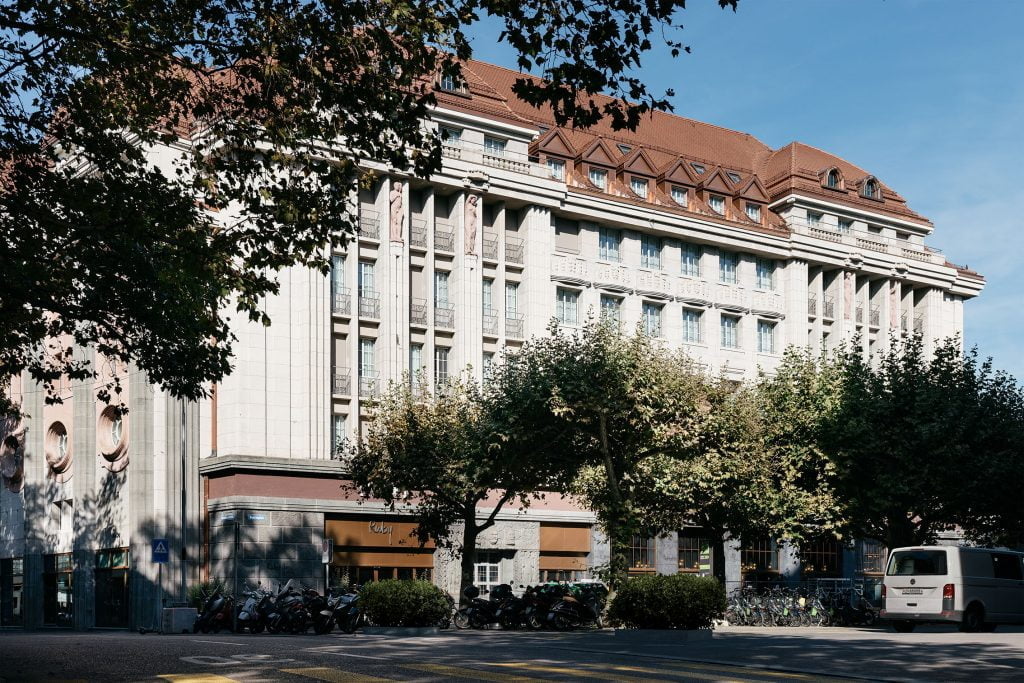 “Stars are born, not made” is the motto at the Ruby Mimi in Zurich since 18 October 2021. It is the first hotel of the Munich-based Ruby Group, led by founder and CEO Michael Struck, to open in Switzerland. The hotel’s 208 rooms are spread over seven floors across the Art Deco listed building with a total area of 8,400 sqm. Situated where one of the first cinemas in Zurich used to thrill audiences over 100 years ago, the new hotel takes guests on a journey back to the exciting golden era of Hollywood of the 1910s and 1920s. The extraordinary architecture of the building is immediately apparent upon entering, with the Mimi Bar and its impressively high ceilings taking centre stage. Luxurious materials and hand-picked antiques are skillfully juxtaposed with modern stylistic elements, whilst the oversized neon sign “Stars are born, not made” lights up on the wall. 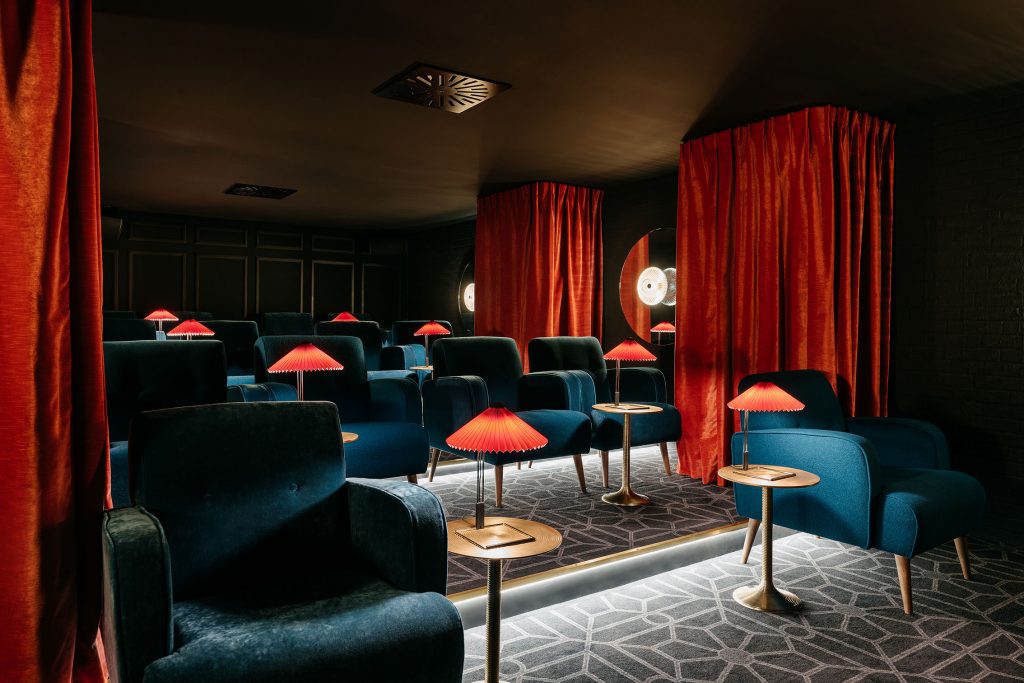 Another highlight is the hotel’s charming cinema hall – a reminder of the building’s history. Cosy armchairs, red velvet curtains and a popcorn machine create a cinema feeling just like in the golden days of Hollywood.

The hotel rooms reflect Ruby’s Lean Luxury philosophy: fresh and bright white, with glass rain showers integrated into the rooms, as well as high-quality white oak floors and wooden wall panelling which blend harmoniously with the historic charm of the building. Many of the rooms feature large round windows; lovingly restored open wooden beams; and old, natural brick walls.

The hotel building itself also reflects a lot of the city’s history. Built in 1913, Haus Du Pont housed a cinema within the same walls for over 100 years: first named as the ‘Orient’, it was later renamed as the ABC Kino, where the final screening took place in 2014. 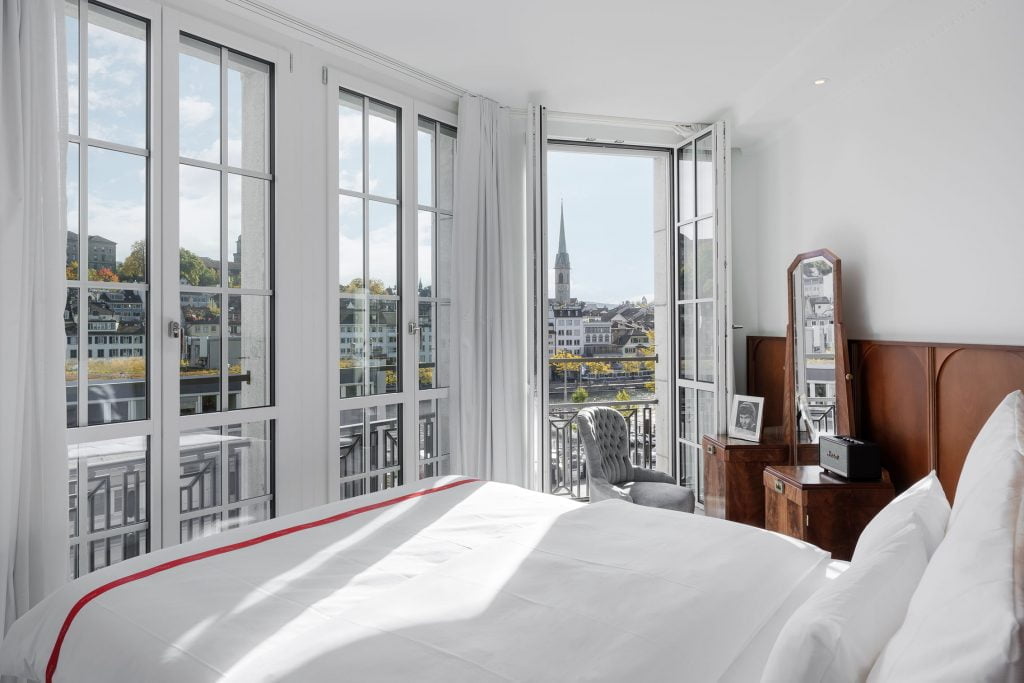 Markus Juan Perez Lieb, who has already been responsible for several hotel openings in Germany and abroad, manages the hotel: “Already as a teenager, I often went to the then ABC cinema. I never thought that I would take over this building as hotel manager one day. It is the most beautiful project in my professional career so far, and that too in my hometown of Zurich.”

Ruby Hotels follow a clear structure: a location in the heart of the city, top design and high-quality furnishings, focusing on the essentials in order to remain affordable. “This works because, following the example of modern luxury yachts, we accommodate our luxury in a relatively small area and simply leave out the non-essentials. We also organise ourselves with the help of our own technical solutions in a completely different way than is usual in the industry. We plan and build more modularly, centralise more and automate consistently behind the scenes. This helps us to make a luxurious and unique hotel experience affordable for our guests”, Michael Struck, founder and CEO of Ruby, explains with regards to the company’s approach. 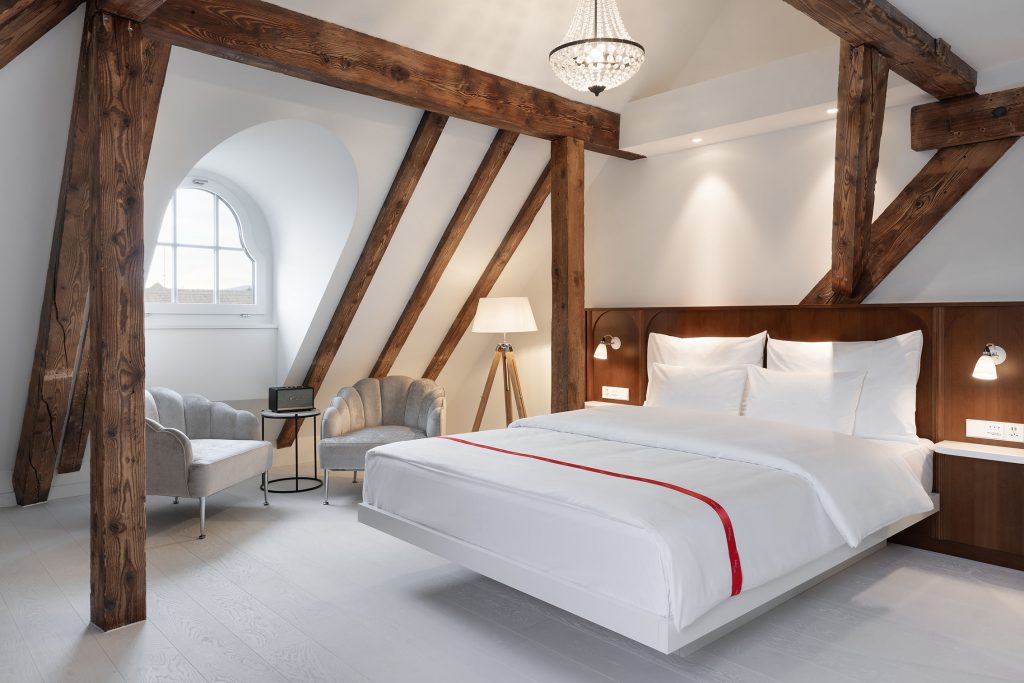 Six different room categories are available in Zurich, ranging from the NEST Room with approx. 17 sqm; COSY Rooms with approx. 18 sqm; LOVELY Rooms, which are perfect for the weekend for two, at approx. 19 sqm; WOW Rooms with up to 28 sqm; and the spacious LOFT Rooms, with up to 32 sqm, some of which feature a green balcony. The STAR Rooms, with approx. 30 sqm, are particularly striking: they are inspired by five starlets of the 1910s who all bore the name Mimi, and each of the rooms feature historical dressing tables and a chaise longue.

About Ruby Hotels
The Munich-based Ruby Group under the leadership of founder and CEO Michael Struck is breaking new ground with its Lean Luxury philosophy. With a lean organisational structure and concentration on the essentials, Ruby succeeds in creating a contemporary, affordable form of luxury for modern, cost and style-conscious customers. Founded in 2013, the Group already operates twelve Ruby hotels, with a further 19 hotels under construction or in the planning phase. Ruby is expanding into Asia with the joint venture Ruby Asia, founded in 2018. Ruby also offers Ruby Workspaces in Munich, Hamburg and Dusseldorf. Perfectly equipped workplaces and a creative atmosphere with access to an inspiring office community. Financially strong partners support Ruby’s expansion. ECE Group; the Austrian Soravia Group; Franger Investment, a German family office; Ocean Link, a private equity fund; the entrepreneur Michael Hehn and Michael Struck jointly hold the company shares.