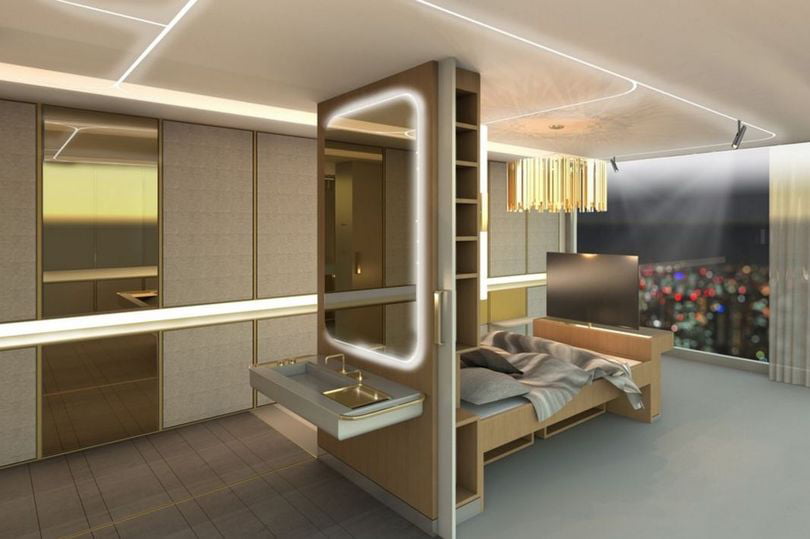 Ryder Architecture took home a £20,000 cash prize after winning the Celia Thomas Prize, a competition that looks for new ideas to improve the quality of hotel experience for disabled people.

Ryder’s AllGo hotel room concept caught the judge’s eye with its functional, flexible, accessible and well-designed look, and directors were presented with the prize at The Bespoke Access Awards, held at the Palace of Westminster in London.

David McMahon, associate at Ryder said: “We are extremely proud of the concept we have developed. Our collaboration with Motionspot has allowed us to create aspirational and inclusive environments for all.

“We hope that this paves the way in accessible design illustrating that good design should meet the needs of all.”

Following the competition win Ryder Architecture is now aiming to use the concept in the real world and plans to roll out pilot rooms over the next year.

AllGo was chosen as the winner for its flexible design, which allows the rooms to be adapted before the guest arrives.

This means that the room can be quickly redesigned to fit the specific needs of the guest.

“In collaboration with Ryder, the competition gave us the opportunity to create a concept that redefines the design of hotel bedrooms and bathrooms so they deliver the individual access requirements of guests without compromising on the aesthetics of the environment.”

The entries were judged by a panel that included Paralympic gold medallist Baroness Tanni Grey-Thompson and Stirling Prize-winning architect Alan Stanton, as well as Baroness Celia Thomas herself, who regularly promotes the rights of those with disabilities.

The competition attracts entries from around the world including Germany, Russia, Hong Kong and Canada.

A £10,000 prize fund is also to be shared between the winners of five other categories, including PH Partnership Architects, of Chester-le-Street, County Durham, which won the Product Design category.