Now under restoration, the historic boutique property is set to unveil January 2023. 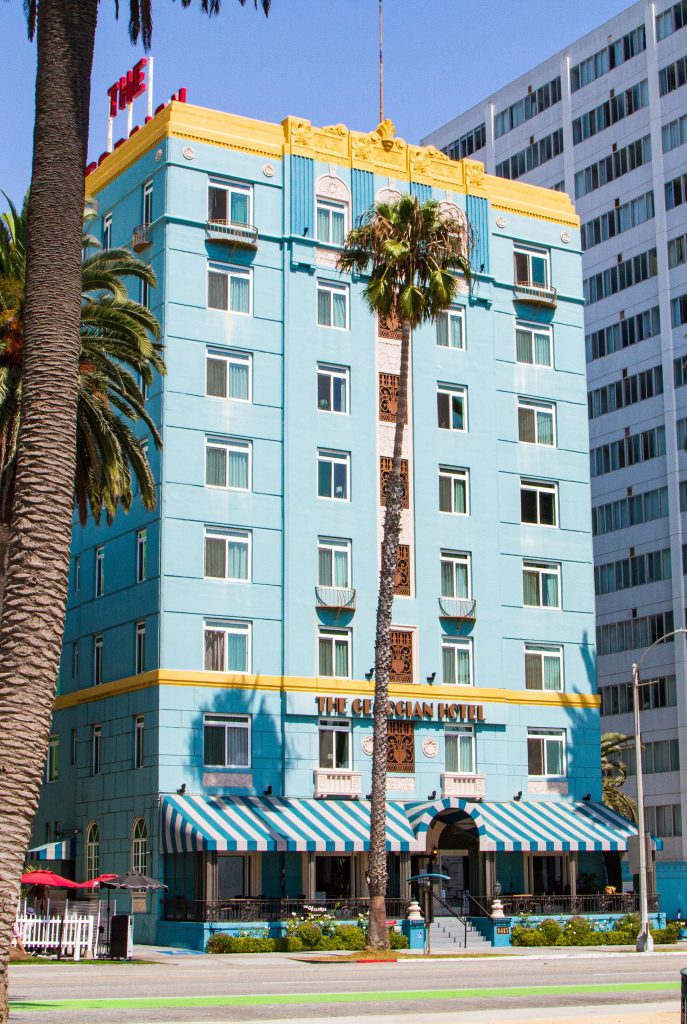 BLVD Hospitality, in partnership with ESI Ventures, has revealed plans for the re-launch of Santa Monica’s historic, iconic hotel, The Georgian, unveiling in January 2023.

Located on Ocean Avenue perched above the Santa Monica waterfront, The Georgian has been a fixture of the Southern California coastline since it first opened in 1933. Seeing several iterations over the years, regular guests to the hotel and world-renowned restaurant, the Red Griffin, ranged from Hollywood stars Charlie Chaplin, Clark Gable and Marilyn Monroe to First Mother Rose Kennedy.

BLVD acquired the landmark hotel in August 2020 with the intent to restore one of Los Angeles’ most recognizable and photogenic hotels to its former glory. The next chapter for The Georgian will see a restoration of the 84 guest rooms and 28 suites, alongside new and refreshed offerings including the famous ocean-view Sunset Terrace, Dining Room, and Sunset Bar. In addition to The Library and gymnasium, The Georgian will also be home to two private meeting and dining spaces, The Gallery and The Writer’s Room. The Gallery will showcase an evolving curation of work by international artists on a quarterly basis. Additional details around the food and beverage program are expected over the coming months.

Jonathan Blanchard, Founder and CEO at BLVD shares, “I had passed by The Georgian many times before stepping foot inside the architecturally stunning property for the first time 13 years ago. I could see The Georgian had such a striking presence and charm, she just needed to be brought back to her full potential. We are so thankful to have such a wonderful group of passionate and inspired visionaries and partners working to give The Georgian what she has deserved for decades.”

Known as Santa Monica’s First Lady due to being one of the first high-rises built along Ocean Ave, the turquoise Period Revival-meets-Art Deco monument offers a rare glimpse into Old Hollywood and golden-age California history. BLVD’s vision will re-energize the hotel in a way that revives the iconicity that emanated from its doors in the 1930s and decades following. Refining its presence for a new era, the project is being approached as a historically-inspired restoration rather than a redesign by London and Los Angeles-based boutique interior architecture and design firm, Fettle. The Georgian has already secured numerous lifestyle partnerships such as Harry Josh Pro Tools who will be supplying hair dryers and other hair tools for the guest rooms and suites. 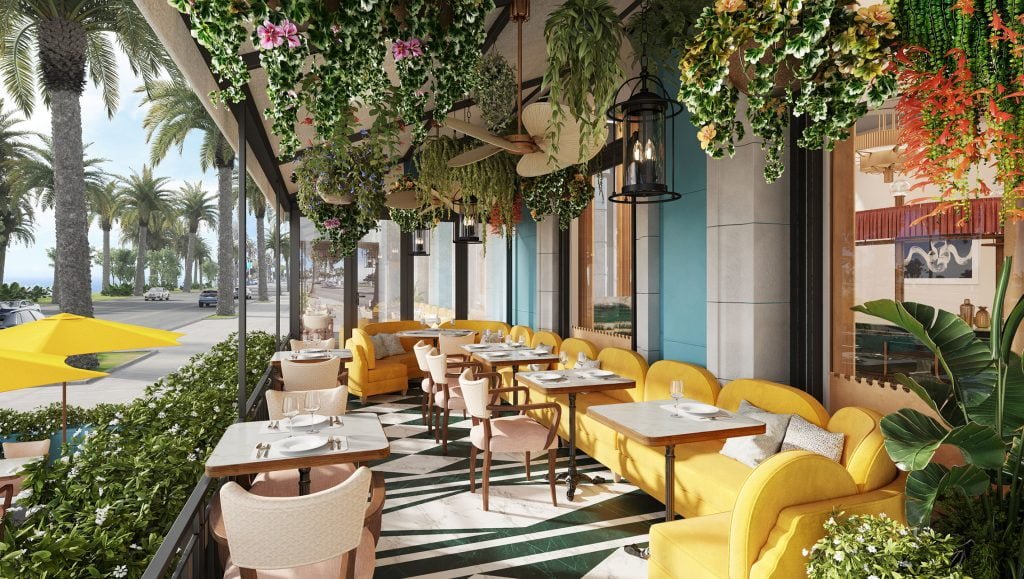 Sunset Room at The Georgian

Nicolo Rusconi, Co-Founder and President at BLVD shares, “The story of Santa Monica’s First Lady is one filled with magic, intrigue, sophistication, and quite certainly, a touch of debauchery. Our vision is that each one of those elements will coalesce with contemporary California culture to once again make The Georgian California’s crown jewel. And we’re honored to be a part of such an inspired and passionate community as Santa Monica.”

The refreshed concept will embrace much of the hotel’s retained original detailing, while thoughtful materials and an elaborate art program combine to create a series of spaces which brings a new chapter to The Georgian for generations to come. Touches including fully custom Art Deco furniture, ornate lighting, rare imported Italian marble, and the Sunset Bar’s Havana Deco-inspired floor pattern set an architecturally striking stage for a very modern set of operations and service standards.

The re-imagined property will once again be a bastion of culture and inspiration for global jet setters and local tastemakers alike. From legendary sunset views to her rich enigmatic history, it’s here inside The Georgian where Los Angeles’ best-kept secrets will continue to live and thrive.

ABOUT BLVD
Founded by Jon Blanchard and Nicolo Rusconi, BLVD is a full-service real estate and hotel development company focusing on the practical imagineering of hospitality and the revitalization of underserved and overlooked markets across the country. Placing hospitality at the foundation of every development, BLVD Hospitality believes that any development across any use can be programmed, designed, and built in a way that elicits warmth, passion, and inspiration. With over $500M in developed real estate and over 1400 keys, BLVD has made a lasting impact on the communities where it has focused its efforts.

ABOUT ESI Ventures
ESI Ventures (“ESIV”) is a diversified and opportunistic CRE investment firm that focuses on the acquisition, development, and repositioning of value-add and adaptive reuse projects through a variety of positions in the capital stack. Since inception, ESIV has transacted $1+ billion (fully capitalized) of deals across multiple property types and geographies—approximately $500 million (fully capitalized) of which has come in the past five years. ESI Ventures is headquartered in Beverly Hills, California and is the sister company to E&S International Enterprises, a global leader in consumer products manufacturing and distribution.

ABOUT FETTLE
Fettle is an interior architecture and design firm specializing in hospitality design founded by Tom Parker and Andy Goodwin. Fettle work with a variety of clients, from one-off operators and start-ups to large commercial brands. With offices in London and Los Angeles, Fettle provides a full spectrum of services, from space planning and project feasibility studies, to bespoke lighting and furniture design to create beautiful, functional spaces which portray their history, their location and their ethos.  Fettle’s studios in London and Los Angeles work collaboratively across all projects which include Cicchetti, Isola by San Carlo, Mortimer House Roof Bar and Chucs in London, The Elder and The Jib Door in Bath, Olivetta and Draycott in Los Angeles and the Hoxton Hotel, Rome.