The world of design lost both a leader and visionary on 12 September 2020 with news of the passing of Sir Terence Conran. We look back at a life dedicated to innovation, reinvention, and inclusion, in tribute to the great design master.

Few people receive the recognition and admiration awarded to Sir Terence Conran in his lifetime. Notably, he was known to be a somewhat difficult man but his drive and brilliance in the field of design was unwavering throughout his lifetime. One of the world’s best-known designers, retailers and restaurateurs, Sir Terence Conran always stood by his belief that design should be accessible and relevant to all; his legacy to the world.

Even at a young age Terence Conran showed a natural aptitude for art and craftsmanship. He studied textiles at the Central School of Art and Design before being offered a job by architect Dennis Lennon to work on the 1951 Festival of Britain, which he left his course for on his tutor’s recommendation.

Just a year later, he founded his own design group: Conran & Company, selling furniture from a basement in Notting Hill. A few years later and he was making a name for himself on the design circuit, working with the likes of Mary Quant and growing his business portfolio with the addition of two restaurants and a fabric company.

It was in the 1960s though that Terence Conran really became a household name, when a new business venture born out of frustration that existing retailers weren’t marketing his furniture in the right way and he opened the very first Habitat store. It was a turning point in residential design in so much that chic and elegantly designed furniture was no longer exclusively for the wealthy. Terence deliberately marketed his furniture to a new audience, with a price point that would be accessible to someone on a ‘teacher’s salary’. Pop culture was in full swing.

A revolution was happening on British high streets and Terence Conran’s design vision takes a large part of the credit for that. The Conran empire seemed to explode from this point on with numerous Habitat stores opening across the world and acquiring other businesses until forming the Storehouse Group for which Terence Conran was chairman and chief executive. The group owned retail outlets for Mothercare, Heals, Richards Shops and British Home Stores.

The recession in the late eighties saw Sir Terence’s affiliation with the Storehouse Group come to an end, but his knack for business development resulted in The Conran Shop opening stores in London, Paris, New York, across Japan – and most recently in Seoul – the largest Conran Shop in the world. In the nineties, Sir Terence founded the Conran Restaurants Group, opening iconic restaurants, hotels and bars in London, Paris, New York, Japan and Scandinavia including Quaglino’s, Bluebird, Mezzo, Guastavino’s, Le Pont de la Tour, and the Great Eastern Hotel (now Hyatt’s Andaz London Liverpool Street).

In 1989 he founded the Design Museum in London, the world’s first museum dedicated to design which moved to larger premises in the former Commonwealth Building, Kensington, in 2016.

Throughout his career Terence’s companies have designed, owned and operated shops, restaurants, hotels, bars and cafés around the world as well as working across the fields of architecture, interiors, products and graphics. This diverse range of projects were all driven by his fundamental belief that intelligent design improves the quality of people’s lives.

Up until his death, Sir Terence Conran designed furniture for Benchmark and The Conran Shop, and remained involved in the restaurant and hotel industry through Bibendum in Chelsea and The Boundary in Shoreditch, which includes a small boutique hotel with 17 individually designed bedrooms, three restaurants and bar spaces and a grocery, bakery and deli. He wrote over 50 informative books that broadly reflected his design philosophy and was an honorary professor of the University of the Creative Arts.

In 1983 Terence was knighted for his services to design and in 2018 he was made a Companion of Honour by Her Majesty The Queen, one of the highest distinctions available in the United Kingdom.

On the day of his death, the Conran family released the following:
“It is with great sadness we announce British designer, retailer and restaurateur Sir Terence Conran passed away peacefully today at his Barton Court home aged 88. He was a visionary who enjoyed an extraordinary life and career that revolutionised the way we live in Britain. A proud patriot, Sir Terence promoted the best of British design, culture and the arts around the world and at the heart of everything he did was a very simple belief that good design improves the quality of people’s lives. From the late forties to the present day, his energy and creativity thrived in his shops, restaurants, bars, cafes and hotels and through his many design, architecture and furniture making businesses. Founding The Design Museum in London was one of his proudest moments and through its endeavours he remained a relentless champion of the importance of education to young people in the creative industries. Sir Terence enjoyed a remarkable life to the full and always maintained that his work never felt like a job – everything he did for business he would have done for pleasure. In his private life he was adored by his family and friends and we will miss him dearly. It gives us great comfort to know that many of you will mourn with us but we ask that you celebrate Terence’s extraordinary legacy and contribution to the country he loved so dearly.”

Sir Terence Conran helped to form the design industry that exists today, influencing generations of designers and design businesses. He will be remembered in history as a revolutionary and disruptor, the man who made design available to everyone, and his legacy will live on through the designers inspired by so much of his life’s work. 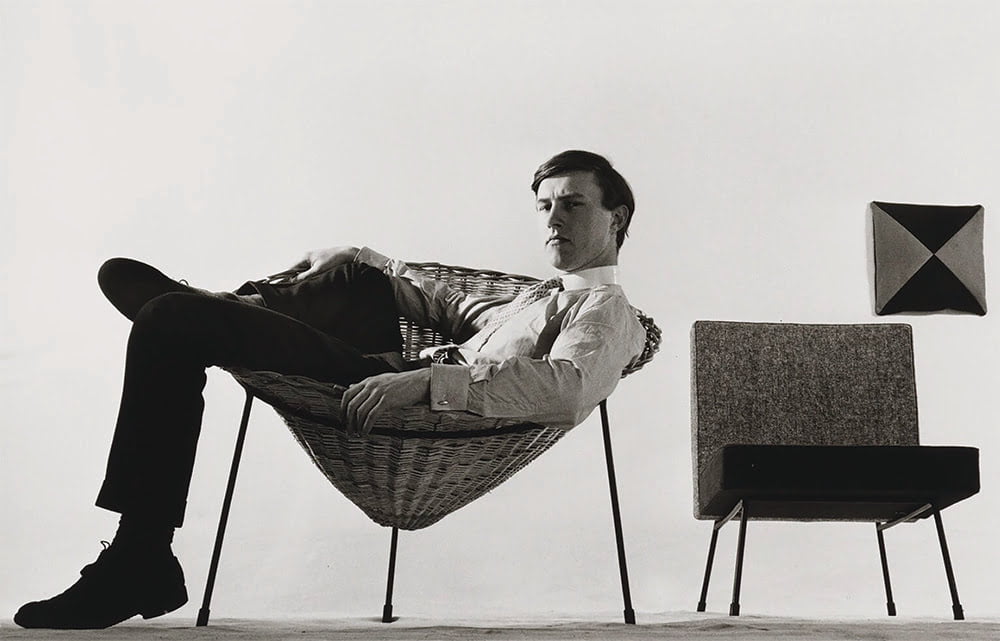 “IT’S THRILLING AS A DESIGNER WHEN YOU SEE SOMETHING YOU’VE DESIGNED AND BUILT ACTUALLY BEING USED. SEEING A SHOP FILLED WITH PEOPLE, OR A RESTAURANT WITH PEOPLE SMILING AWAY HAPPILY, IT’S LIKE, GOSH, ALL MY DREAMS HAVE COME TRUE.”