At Six hotel to open in Stockholm 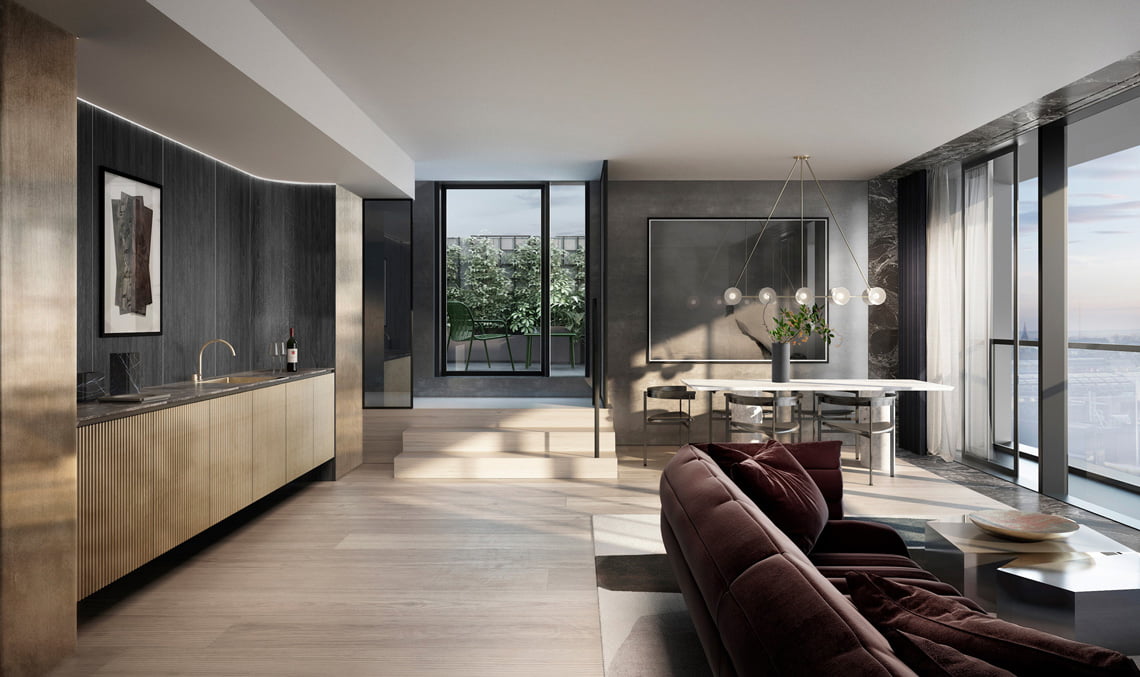 The location of the new hotel At Six opening in March, Stockholm’s Brunkebergstorg Square, was in the 19th century a centre of social life in the city with grand hotels and residences, restaurants and shops. In recent years this area lost its lustre as development shifted to other parts of the city but it’s set to re-emerge in March when this hotel and its next-door sister hotel Hobo opens.

At Six, in particular, will introduce styles and features unique to the city. The interiors designed by London’s Universal Design Studio are striking but low-key, contemporary and sharply designed with sawn stone, blackened steel and polished granite as main components with a long white granite staircase dominating the lobby. Upstairs the 343 rooms and suites share the same modern design with marble desks extending along one wall, furnishings in custom designs including handmade lights by the Swedish company Rubn and an overall subtle, sophisticated grey tone scheme. Adorning the walls of these spaces and the public spaces is a contemporary art collection featuring works by artists such as Julian Opie and Olafur Eliasson as selected by a local curator.

It’s on the rooftop adjacent to the hotel, though, that the most novel aspect of the project appears: the bi-level restaurant Tak, the only rooftop restaurant/bar in the city and one that fuses Swedish ingredients with Japanese preparations. It’s the domain of chef Frida Ronge, a seafood specialist and fishmonger’s daughter, best known for her restaurant vRA in Gothenburg, West Sweden. The restaurant alone is likely to bring visitors over to the area to try it, achieving their aim of revitalising the square.