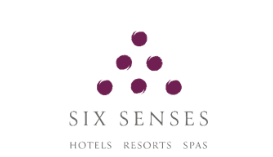 Six Senses is expanding into Italy with the opening of Six Senses Rome in 2021. The hotel will be located in the Palazzo Salviati Cesi Mellini on the Piazza di San Marcello, a quiet and colourful oasis named after the 16th century titular church. The palazzo building lies in the centre of ancient Rome, just blocks away from the Fontana di Trevi and Pantheon. The prominent luxury shopping streets of Via Condotti, Frattina and Borgognona are also all within walking distance. The property will be home to 95 distinct guest rooms and suites, a spa, restaurant, events terrace, outdoor courtyard garden and rooftop terrace with panoramic views of the city.

Palazzo Salviati Cesi Mellini was built in the 18th century by Tomaso De Marchis, who adorned it with beautiful windows representing the epitome of Baroque motifs for Cardinal Mario Mellini. Over the centuries the palazzo has served as a residence for the São Marcelo cardinal-elders, Salviati, Cesi and Mellini (hence the long name) before it was passed to the Aldobrandini family and on to the Order of the Servants of Mary. It was constructed on the site of an original palace of Cardinal Giovanni Michiel, nephew of Pope Paul II, built in the late 1480s. Protected by the Roman municipality and UNESCO listed, the main façade, which overlooks Via del Corso, is being restored back to its grand origins, while the central staircase will also be preserved.

The interior design will be overseen by Patricia Urquiola, a Spanish architect and designer who was awarded the “Order of Isabella the Catholic” by King Juan Carlos I of Spain and was inducted into the Interior Design Hall of Fame in 2011. The ground floor is a social floor for gatherings, meetings, performances and events. The open kitchen trattoria and bar will lead out to a gallery and seating area complete with travertine marble, oak and bronze. Outside will be a botanical garden filled with plants that promote well-being. The central floors will house the quirky guest rooms and suites, many with notably high ceilings. The crowning glory will be the large rooftop terrace with extensive views, complete with an organic fruit and vegetable garden. The redevelopment is owned by the Orion European Real Estate Fund V, a fund sponsored by Orion Capital Managers, a European real estate private equity firm.

Located on the first floor, the Six Senses Spa and Roman baths will play an integral role as a sanctuary of wellness for guests. With its calming vibe and contemporary design, the spa will house a range of treatment rooms, a fitness centre and relaxation areas. Guests will also be able to learn and harness the power of local herbs, plants and ingredients at the Alchemy Bar. The property will also be home to an Earth Lab where guests can learn more about sustainability.

The restaurant will offer a modern interpretation of Italian flavours, experience and hospitality, while following the Six Senses ethos of natural, local and sustainable ingredients. Seasonal food menus will be based on natural botanicals and courtyard garden-harvested greens paired with house-made bitters, tonics and tinctures.

Neil Jacobs, Chief Executive Officer says: “As stewards of such a cultural and historical site, we are responsible for celebrating its past and conserving its potential for future generations.” “It also speaks to my heart. I studied culture and art in Florence and feel at home in Italy. This is more than a building to me. It is a human project, which is why we are teaming up with the architects and designers who feel as passionate and excited as I do. We want this to be a place of harmony and connection for our guests, sprinkled with a lot of love.”