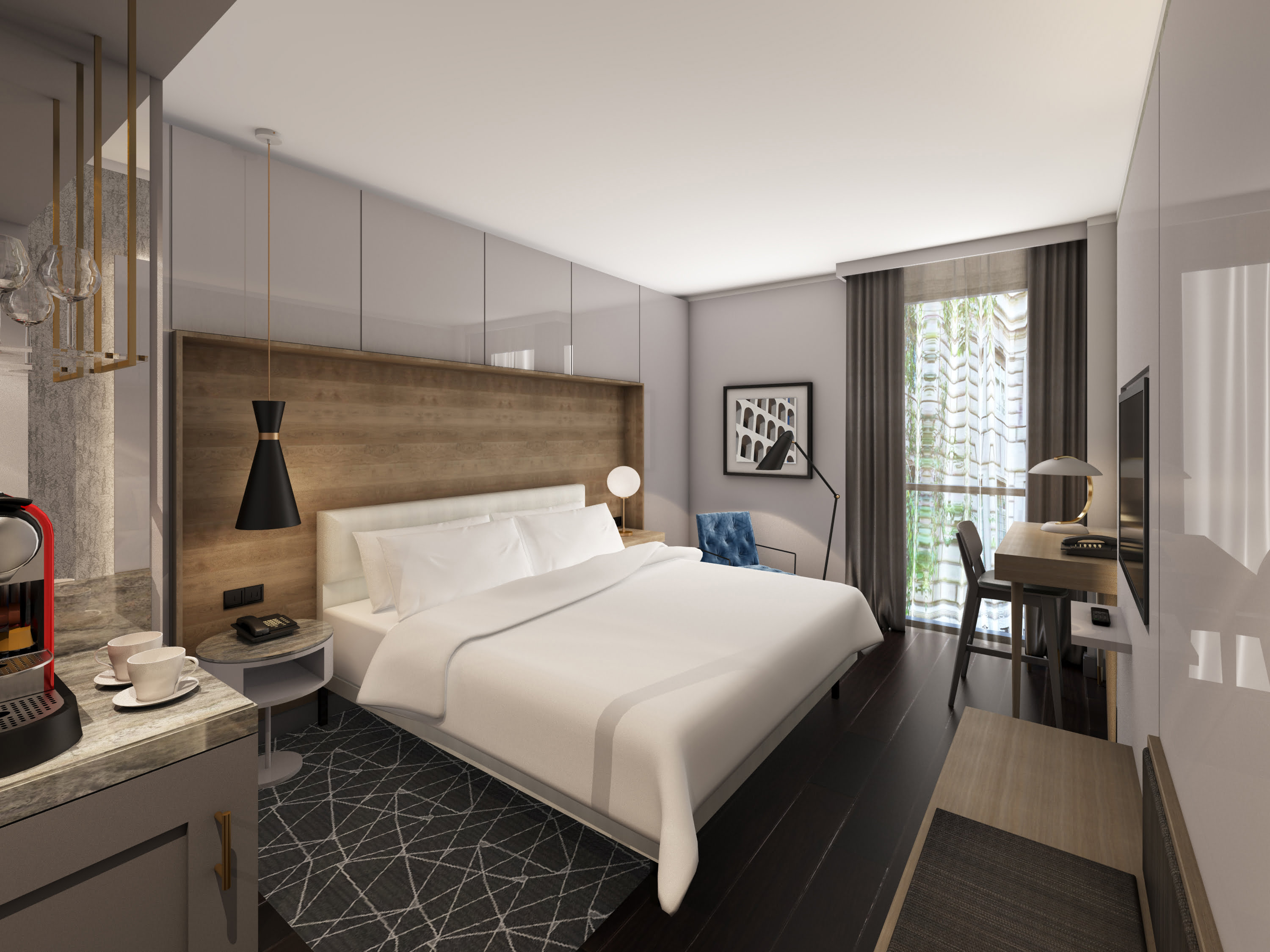 Starwood Hotels & Resorts Worldwide, Inc. has announced that Le Méridien will open in Rome, marking the brand’s re-entry into Italy. Owned and managed by the Toti Group, Le Méridien Visconti Rome is scheduled to debut by the end of this year following an extensive renovation and conversion from the independent Visconti Palace Hotel.

“We look forward to establishing a long-term and mutually beneficial relationship with the Toti Group and thank them for putting their trust in Starwood,” said Michael Wale, President, Starwood Hotels & Resorts, Europe, Africa and Middle East. “We are excited to re-introduce Le Méridien into Italy and unlock ‘The Eternal City’ and its rich culture for our guests and curious-minded travelers.”

“We are certain that working with Starwood, which is known for its indisputable experience and capability, will strengthen our know-how in the field of hotel management. Le Méridien Visconti Rome will become a leading example for the hotel industry in Rome, which is a strategic industry for the economic recovery of our country,” said Pierluigi Toti, President of Silvano Toti S.p.A., the Financial Holding company of the Toti Group.

Each of the 240 modern guestrooms and suites will offer stunning mid-century modern design with spacious work spaces and subtle technology. Bringing the romance of Rome to life, the hotel’s curated culinary offerings will include a stunning rooftop terrace, all-day dining restaurant, breakfast room and bar. The fitness centre will provide guests the opportunity to experience an invigorating workout.

“Italy continues to be a key market for Starwood and a much sought-after destination,” said Justin Smathers, Senior Director, Acquisitions & Development, Starwood Hotels & Resorts, Europe, Africa and Middle East. “Our Le Méridien brand is an attractive conversion choice for owners and developers, and the brand is a perfect fit for one of the most inspiring and captivating cities in the world.”

Starwood has a long history of operations in Italy, with 23 hotels in the country today under five of its design-led brands: St. Regis, The Luxury Collection, Sheraton, Westin and Four Points by Sheraton. This new hotel will join four other Starwood hotels in Rome, including