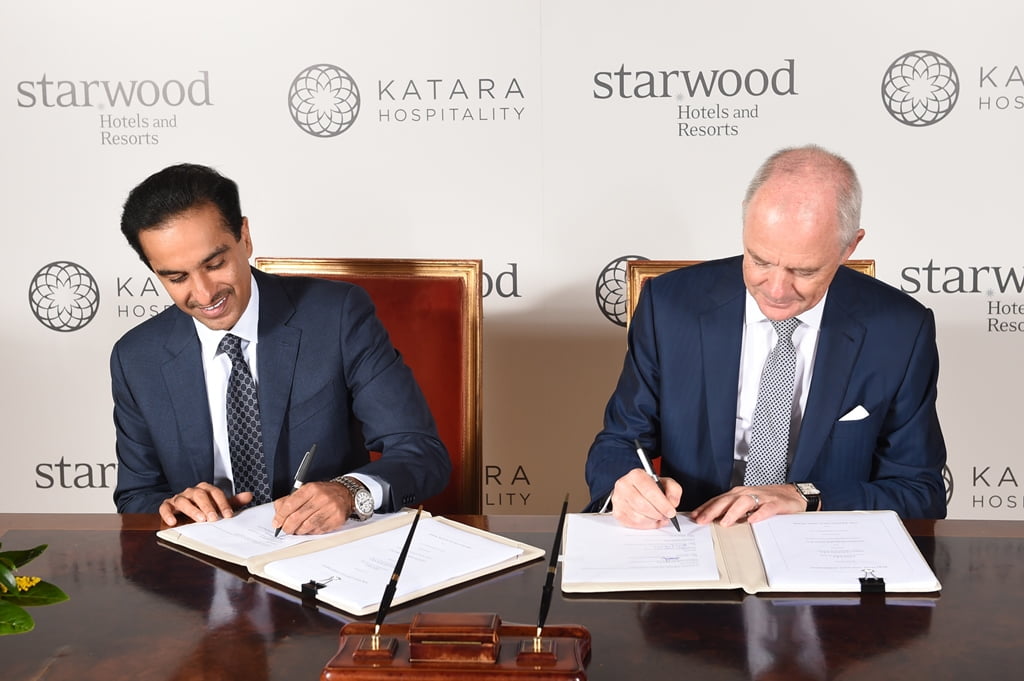 Starwood Hotels & Resorts Worldwide announced that it has agreed to sell the Westin Excelsior Rome to Katara Hospitality for €222 million ($251 million in USD).

As part of the deal, the historic hotel will be renovated in the next five years, including a top-to-bottom transformation of all guestrooms, as well as upgrades to the hotel’s public areas. Additionally, as has been the case with other sales of Starwood hotel assets, it will continue to be operated by Starwood under a new long-term management agreement.

Adam Aron, CEO of Starwood on an interim basis, said, “On the heels of our recent high-profile sales of The Phoenician and The Gritti Palace, along with other hotel asset transactions, the sale of the Westin Excelsior Rome brings us to $817 million of hotel assets sold so far this year. Accordingly, Starwood has now exceeded our stated goal of completing at least $800 million in hotel asset sales by the end of 2015.”

Simon Turner, President of Global Development, Starwood, added, “We continue to see strong interest in our remaining owned hotels from a broad array of high-quality investors from around the world as we look for the right sale opportunities and long-term partners to create value for our shareholders.”

“This agreement marks our third property in Italy. The Westin Excelsior Rome is the epitome of what Katara Hospitality looks for in a hotel,” said Sheikh Nawaf Bin Jassim Bin Jabor Al-Thani, Chairman of Katara Hospitality. He continued, “Its grand and statuesque appearance is the ultimate in luxurious hospitality. The hotel is a welcome addition to our growing global portfolio of iconic properties, and we are delighted to be continuing to set the standard for luxury hospitality the world over.”

Opened in 1906, The Westin Excelsior Rome boasts a premium location on Via Veneto, one of Rome’s most celebrated streets. Nestled between the Spanish Steps and the Borghese Gardens & Gallery, the award-winning, 316-room hotel is adjacent to the American Embassy and close to all of Rome’s leading attractions, including the Colosseum, the Pantheon and the Sistine Chapel. Hotel amenities include two restaurants and a bar, a WestinWORKOUT® Fitness Studio, Kami Wellness Center, an indoor pool and a 24-hour business center. With 14,000 square feet of elegant meeting space, The Westin Excelsior Rome is a leading venue for wedding banquets, government delegations and meetings.

Hamad Abdulla Al-Mulla, Chief Executive Officer of Katara Hospitality, said, “For more than a century, this legendary hotel has provided exceptional hospitality and hosted dignitaries and celebrities, as well as business and leisure travelers. We look forward to making further improvements to The Westin Excelsior Rome and continuing its long-standing tradition of excellence.”

Michael Wale, President, Starwood Hotels & Resorts, Europe, Africa, and Middle East, concluded: “We are thrilled to expand our relationship with Katara Hospitality, owner of both Sheraton Doha Resort & Convention Center and The Excelsior Hotel Gallia, a Luxury Collection Hotel in Milan. We look forward to working together on the continued success of The Westin Excelsior, an architecturally stunning property and one of the most iconic hotels in Rome.”

The transaction increases Katara Hospitality’s portfolio to 35 properties in operation or under development and marks its third owned hotel in Italy.