Scandic has now opened its third hotel in Örebro, in the middle of a vibrant urban development project. Scandic Örebro Central, which has 160 rooms on nine floors, is strategically located next to Örebro Central Station and nestled among corporate and government offices. The hotel will be a new hub for Örebro residents and visitors alike, and Scandic is the first business to open its doors in the new Örebro Entré area. From today, Scandic now offers 596 hotel rooms in Örebro, making it the largest hotel company in the city. 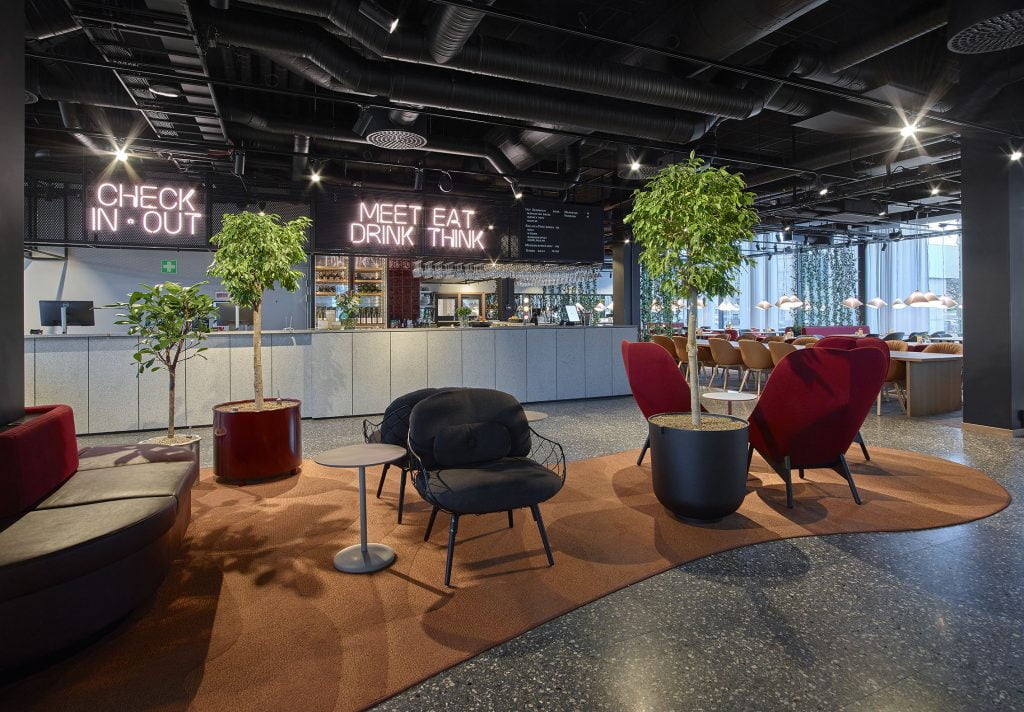 Scandic Örebro Central, a new landmark in Örebro, is now open just 200 meters from Örebro Central Station, in the center of the city’s new, rapidly expanding urban development project. Immediately upon entering, guests and visitors are welcomed by an airy, open lobby designed by architectural firm Wingårdhs. The space is ideal for locals, families vacationing with children and coworking business travelers to relax in while waiting for the next train or meeting – or even the day’s sports activity or excursion. The hotel’s strategic central location makes it easy for guests to reach the downtown core where they can enjoy the wide variety of restaurants and cultural activities Örebro has to offer, just a few minutes’ walk from the hotel. 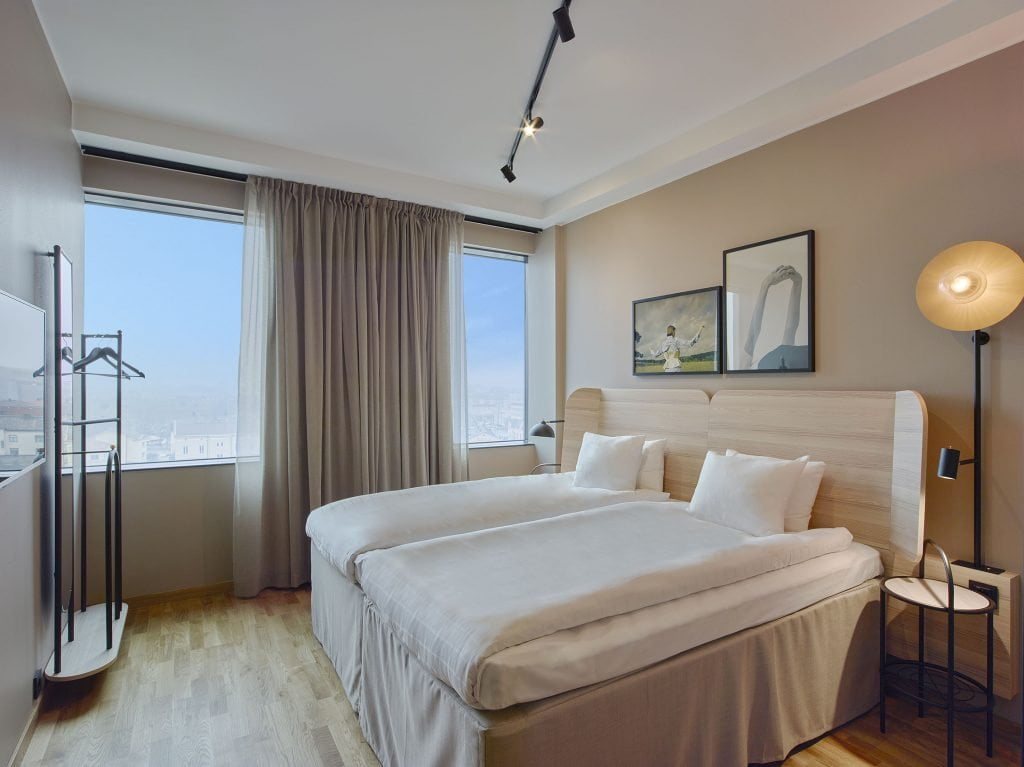 – Today, together with my team and after months of anticipation, I feel especially proud to welcome the first guests to our splendid new hotel. Scandic Örebro Central is an important addition to the hotel landscape in Örebro – a hub for business and leisure travelers where the city and hotel flow seamlessly into an urban living room. Our proximity to the city center means that after a full day, guests can return to the hotel easily for a great night’s sleep. We’re really looking forward to running this hotel in such a vibrant, dynamic atmosphere, says Jimmy Myhrinder, General Manager of Scandic Örebro Central. 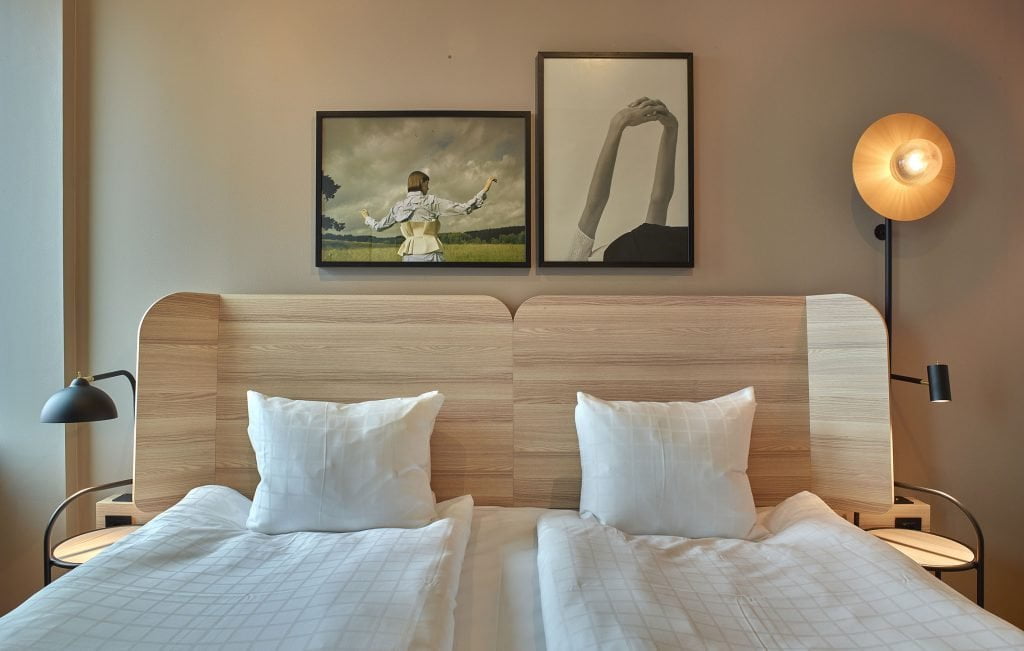 Scandic Örebro Central is an important addition to increase the city’s total room capacity in pace with growth in the business community. It also stands to serve the needs of established companies such as Ericsson, Epiroc Rock Drills and SAAB Dynamics that are active in the region.

– Örebro is a natural logistics center in the middle of Sweden, and with a strong government presence and flourishing business community, the region is an important market for us. We see growth opportunities in both business and leisure travel, says Peter Jangbratt, Head of Sweden at Scandic Hotels. 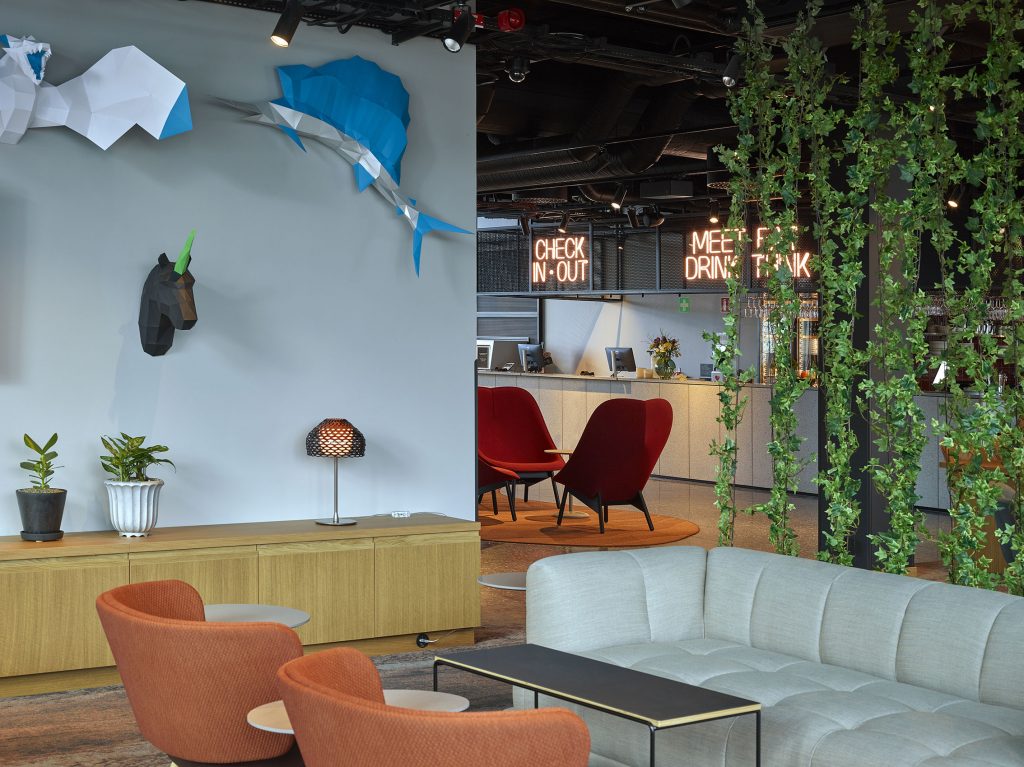 – This project with our partner Corem brings the number of Scandic hotels in Örebro up to three, which means that Scandic now operates 596 hotel rooms in the city. This gives us a favorable starting point as the hospitality industry recovers after two years of pandemic, Peter continues.

Since turning the first sod in January 2020 and throughout the construction process, sustainability has been in focus at Scandic Örebro Central. The property has been designed according to the high standards of the Sweden Green Building Council and it will have Silver certification. Scandic has been working to ecolabel its hotels since 1999, and before opening, Scandic Örebro underwent rigorous testing to be certified by the Nordic Swan Ecolabel. 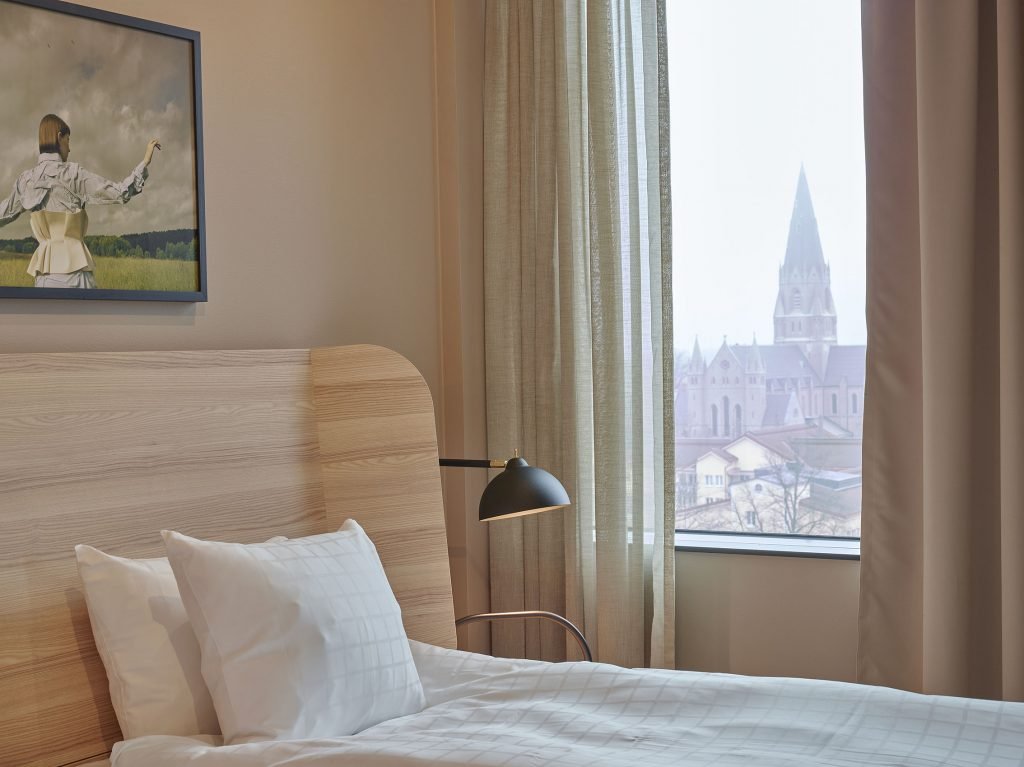 In addition to environmental certification of the property and hotel operations, the hotel rooms have been designed with inspiration from a circular mindset, and parts of the room furnishings are made of recycled materials. The interiors have a lifespan of up to 15 years and most items can be reused or recycled during renovations, which is in line with Scandic’s vision of a completely circular hotel room.

– Being commissioned to create a new hotel for Scandic is always exciting. We know that it’s important for Scandic to be an integral part of any city it operates in and that inclusion in all areas is critical. For us, this means getting to know a place and its history and then reflecting it in the design. In our work at Scandic Örebro Central, we’ve focused on qualitative materials that both age beautifully and last – an important aspect for achieving sustainability goals, says Lena Arthur, Architect MSA/SIR MFA at Wingårdhs.

About Scandic Hotels Group
Scandic is the largest hotel company in the Nordic countries with more than 280 hotels, in operation and under development, in more than 130 destinations. The company is the leader when it comes to integrating sustainability in all operations and its award-winning Design for All concept ensures that Scandic hotels are accessible to everyone. Well loved by guests and employees, the Scandic Friends loyalty program is the largest in the Nordic hotel industry and the company is one of the most attractive employers in the region. Scandic is listed on Nasdaq Stockholm.