Telegraph Hotel to open next month

Coventry city centre’s new Telegraph Hotel is to open its doors to guests on November 18, it has been revealed.

After two years of construction and £15m of investment, the former Coventry Telegraph headquarters have been transformed into a luxury hotel that celebrates the cool Mid-Century style of the building.

The hotel’s most luxurious room is the Lord Iliffe Suite – named after the family who started and until recently owned the newspaper – which includes its own hot tub and terrace.

The building’s Mid-Century features and artefacts have been retained and signature period furniture and art pieces have been acquired to feature in the public areas.

There is also the spectacular Winter Garden – which is made up of 11 bedrooms overlooking a private, glazed indoor terrace only accessible from these rooms.

The hotel will be operated by Bespoke Hotels, the largest independent hotel company in the UK. 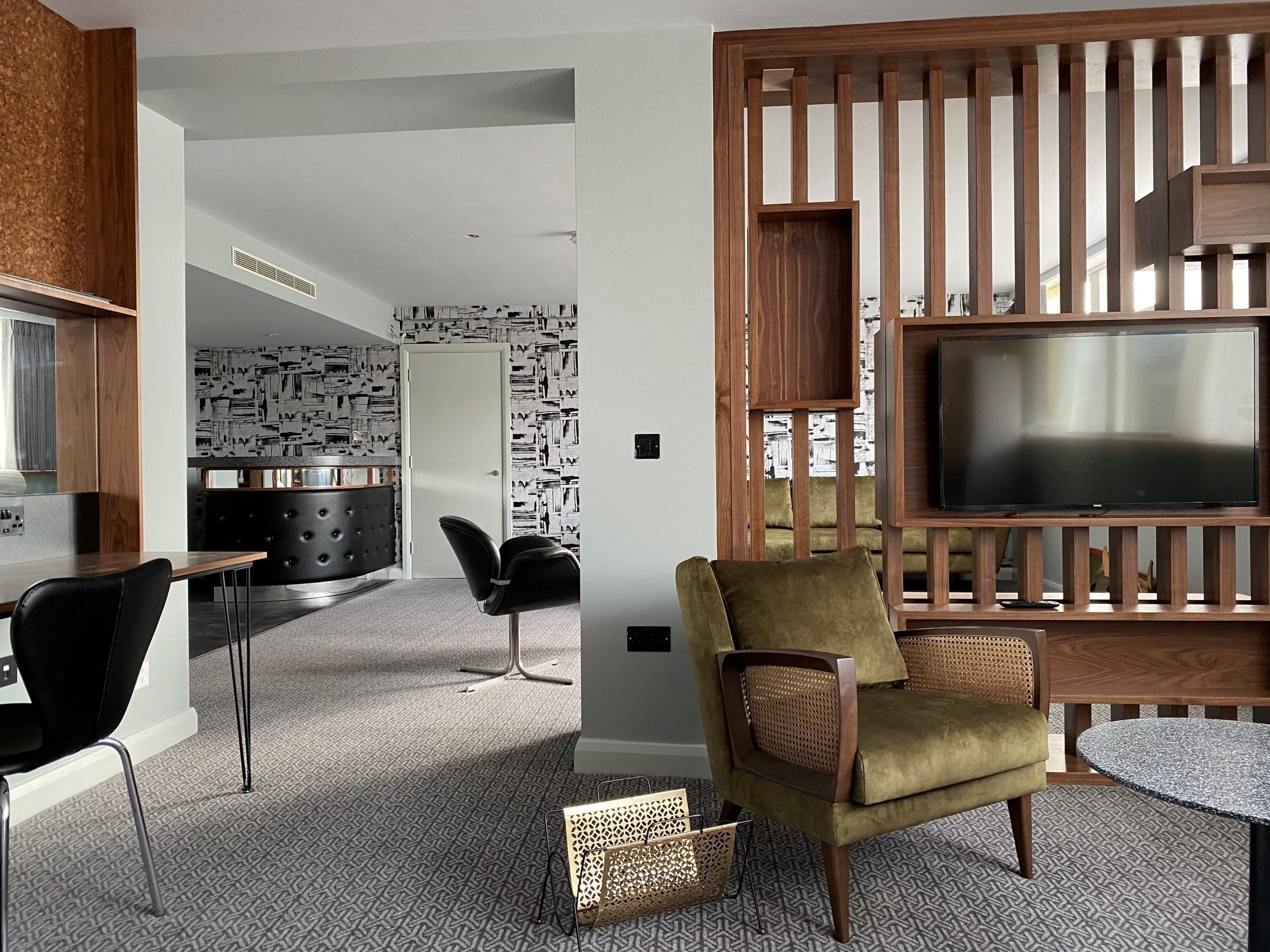 “We have worked closely with the developers and interior designers to produce a hotel that is genuinely different and will stand out from the crowd. In newspaper terms, this is a real exclusive!

“Coventry is world renowned for its Mid-Century architecture and design and the Telegraph Hotel celebrates that throughout as well as nodding to its history as a newspaper office. There is simply nothing like it in the Midlands.

“We believe it will become an attraction in itself and will draw people to the city purely for the experience, as well as giving visitors an offer and level of service that is one of the best in the region.

“We are really excited about Forme & Chase restaurant and bar, and our rooftop bar which we believe will be great attraction in a city that is really going places

“Coventry is a very vibrant city with many exciting developments and events including the upcoming City of Culture year in 2021, which will attract millions of people to the city.”

Conferencing, weddings and events are well catered for with the Editors function space – capable of accommodating up to 160 guests across a range of layouts.

There are also two private rooms – the Boardroom and Directors – which can each accommodate up to 12 people for smaller meetings and private dinners.

The south-facing Generators rooftop bar overlooking Belgrade Square offers a year-round outdoor experience which is ideal in the Covid environment.