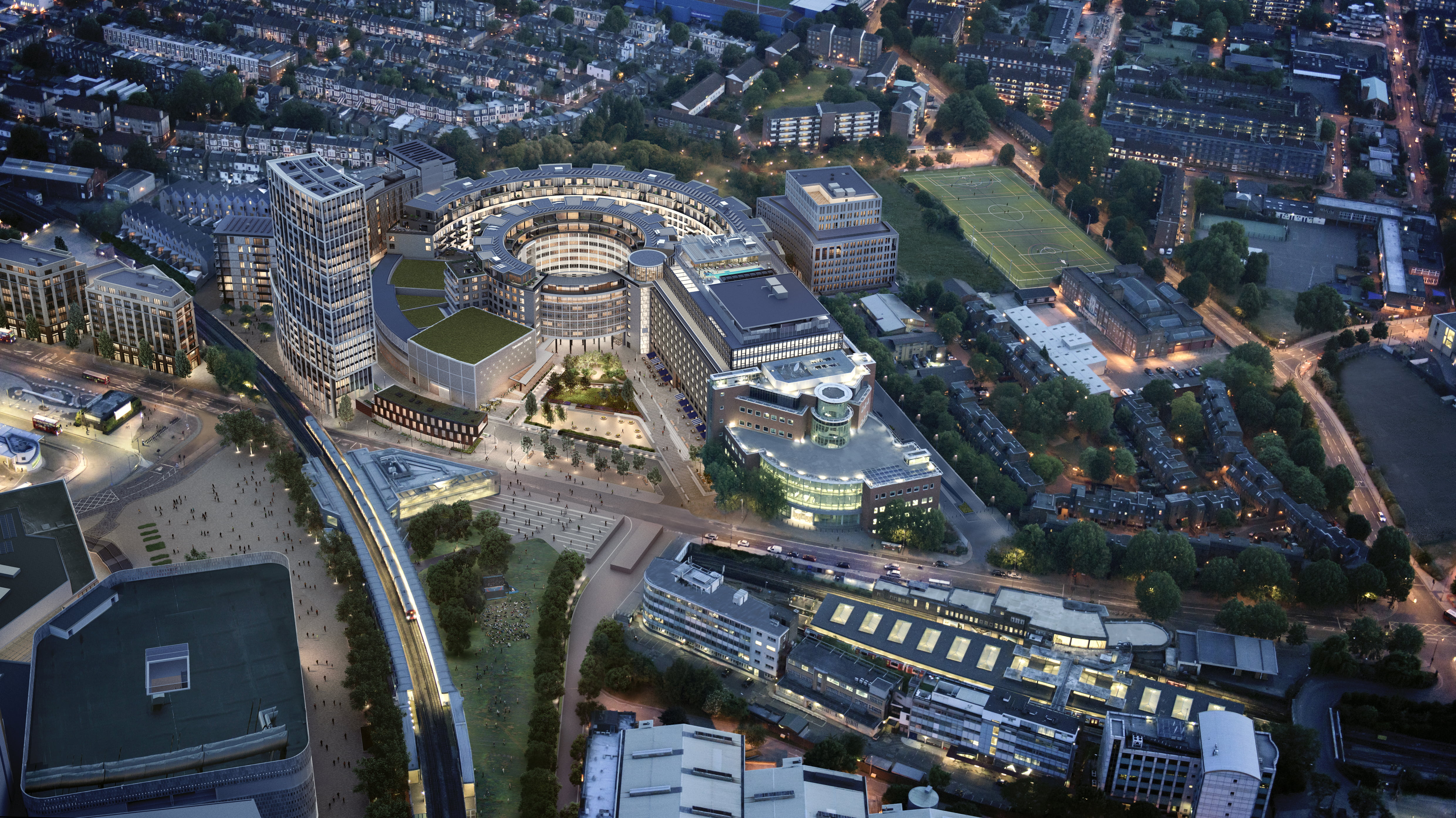 Designed by Stirling Prize-winning architectural practice AHMM, Television Centre – the iconic former home of the BBC in London’s White City – is will open a 47-room hotel within a private members’ club Soho House.

Television Centre is at the heart of a £8 billion ten-year regeneration of the wider White City area, which will form a new hub of activity, creativity and academia in west London. As well as the hotel, the development is set to deliver 950 new homes and apartments, new cafés and restaurants, an independent cinema and 400,000 square feet of premium office space.

A thriving neighbourhood will see the arrival of new shops, restaurants and educational facilities, as well as the creation of 4,000 new homes, over two million square feet of office space and 20,000 new jobs.

Alistair Shaw, Managing Director of Television Centre, said: “This is perhaps the most exciting moment yet for Television Centre, the point where its future starts to become a reality. We have worked hard over the last few years to create a scheme that is open to the public, enhancing the local area and putting White City on the map, while offering some of London’s best new homes, offices and restaurants to the market. The development is genuinely protective of the building’s great heritage and innovative in its design, overseen by the recent Stirling Prize-winning practice AHMM. Television Centre is truly set to be a new centre of gravity for London.”