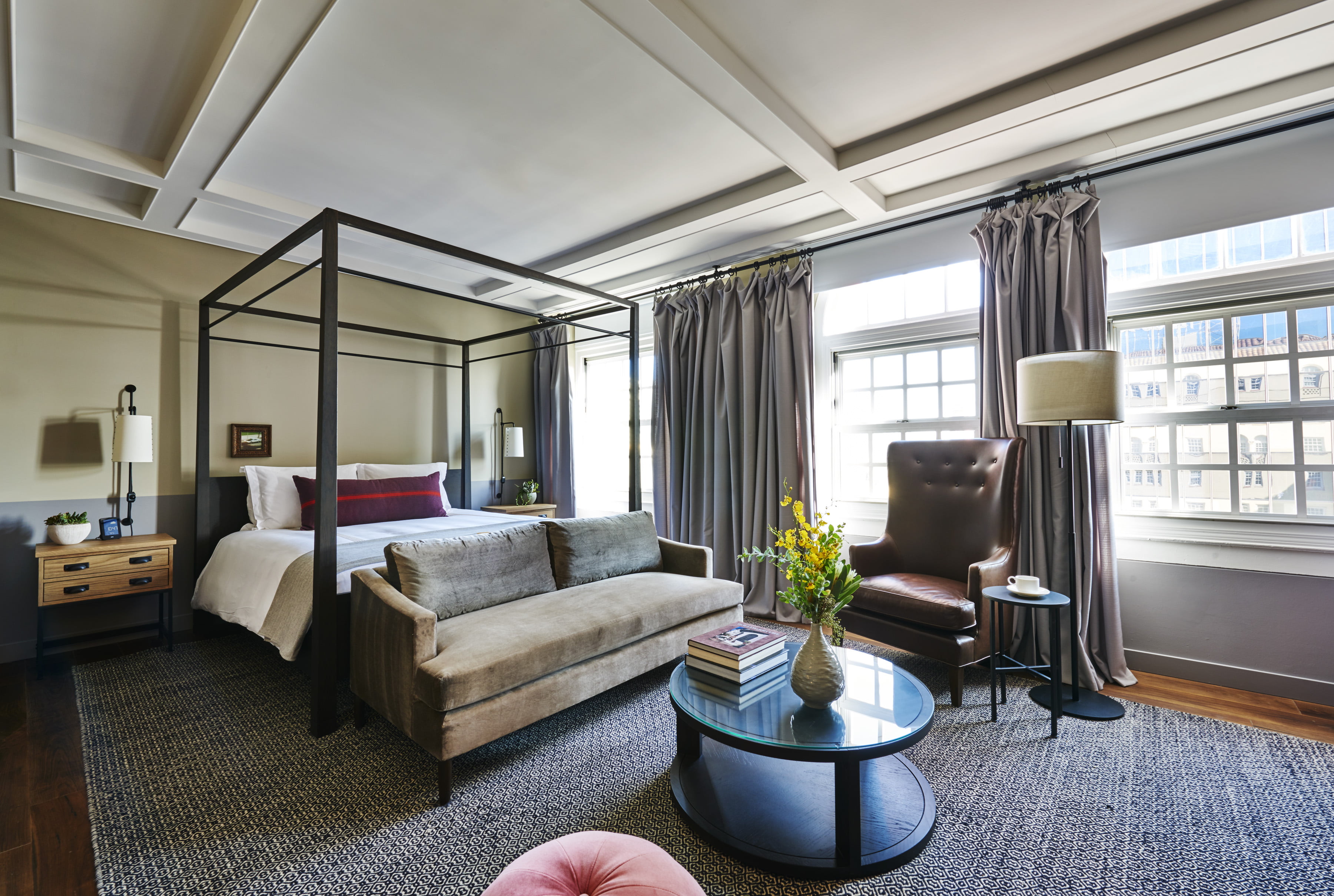 The Hollywood Roosevelt Hotel has unveiled a new design, starting with the iconic tower, built in 1927. It has recently completed a 25-million-dollar renovation with rooms designed by Yabu Pushelberg and the hotel prepares to fully re-brand with a sophisticated poolside F&B outlet by Spring 2016.

David Chang and Goodwin Gaw, owners of the Hollywood Roosevelt Hotel, have appointed longtime hotel collaborator Brett Blass as their Chief Operating Officer to lead the repositioning efforts of the new look property and their new management company to be announced later in 2016.

“The Hollywood Roosevelt’s reputation as an iconic, one-of-a-kind lifestyle hotel has been forged with distinction in Hollywood’s history,” said Blass, “It’s an exciting time for the entire hotel team and for Los Angeles – our stunning guest room renovation celebrates this landmark hotel’s character, charm and Hollywood roots while making us all very enthusiastic for the future ahead.”

Yabu Pushelberg’s revamp features a palette showcasing subtle textures, beautiful leathers, and soft grey tones with persimmon-red accents, the new design maintains the integrity of the hotel’s Spanish Colonial roots, but with a modern twist. Under the new management direction, the Hollywood Roosevelt Hotel will continue to maintain the individuality that has allowed it to forge a distinctive place in Hollywood history for nearly 90 years, while tastefully revitalising its storied past.

Spaces within the hotel such as the Library Bar and prohibition-era style cocktail lounge and hand-crafted bowling alley the Spare Room draw creatives for its intimate and picturesque surroundings- a welcome respite from the bustling Hollywood neighborhood and a world away from the nearby boulevard.

From secret spots to the vast Rooftop where revelers are invited to go behind the iconic sign the hotel boasts an array of choices and something for every mood or celebration. The Hollywood Roosevelt also includes one of Hollywood’s most cherished oasis: palm tree encased Tropicana Pool. In 1988, famed British painter David Hockney completed a multi-million dollar mural painted on the bottom of the Tropicana Pool, which has since been hailed as one of Los Angeles’s greatest artistic and architectural marvels. Both the hotel and the pool have been designated Historic-Cultural Monuments by the City’s Cultural Heritage Commission.