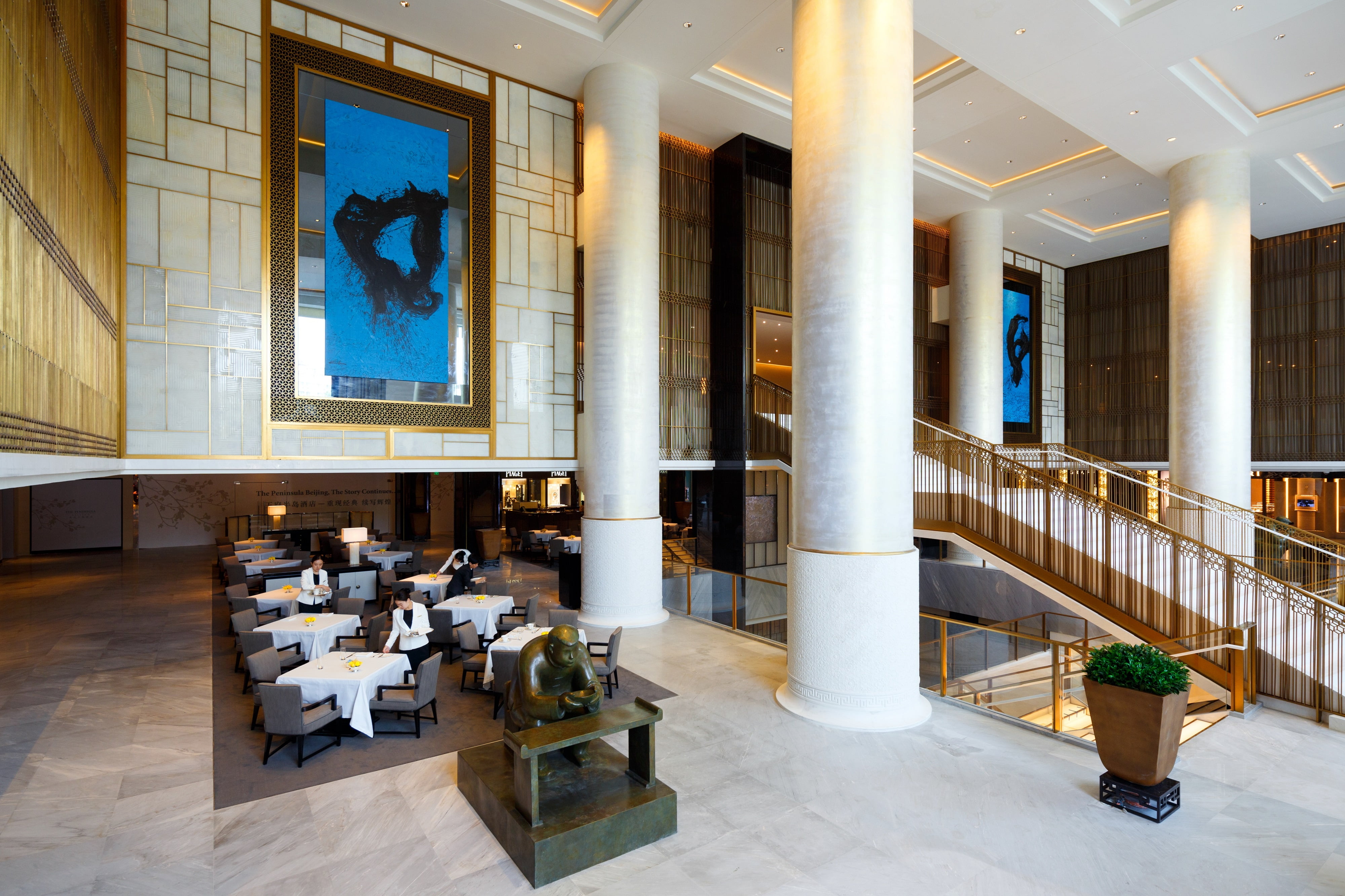 The Peninsula Beijing has welcomed the world to Beijing and Beijing to the world for more that a quarter of a century. The multimillion pound (RMB 890 million) renovation was conceived in 2013 by celebrated Hong Kong designer, and long-term Peninsula collaborator, Henry Leung of CAP Atelier. The inspiration to rebirth the hotel was informed by the Middle Kingdom’s opulent imperial palaces and tranquil gardens, which provided a serene oasis.

Construction of the new Peninsula Beijing began in late 2015, and the project has been completed in phases to keep the hotel operational throughout the renovation period, making the magnitude of this project larger than any other that the group has undertaken. More than 600 workers were on site at the hotel during peak construction times, and more than 40 suppliers, designers, artisans, engineers and contractors came together to deliver this stunning transformation.

A deep-rooted respect for the rich imperial history of Beijing, and the symbolisms imbued in its finest palaces and mansions, provides a refined sense of the destination for all guests. Luxurious materials such as bronze, onyx (jade), white marble and rosewood (zi tan wood), which ornamented the ancient structures of Beijing in the Ming and Qing Dynasties, such as The Great Wall, The Forbidden City and The Summer Palace, are used on every floor of the hotel. Carefully selected for their enduring qualities and their intrinsic beauty, these elements create an ageless sense of grandeur, elegance and timelessness.

The Imperial hexagon is a recurring theme. The 160,000 hexagonal motifs are partially inspired by a tortoise shell, which represents longevity in Chinese culture, and the peony flower, denoting prosperity and honour. The six pillars in The Lobby, which add formality and substance to the palatial space, are carved from white marble (han bai yu), which was used in the palaces of The Forbidden City. The floral emblems on the pillars are hand-carved in a hexagonal pattern. The hexagon is also visible in the bronze work on the main staircase, in the upper areas of The Lobby and in the open spaces surrounding the function rooms.

The Lobby features 3,500 individually chosen pieces of Palissandro marble, which is highly valued by designers. Every piece features subtly different vein colours, ranging from cream to cool grey,   set to elegant perfection with a natural gold glitter. Using a complex specialised process, each piece was handpicked to create a “book mark” effect. The clean white onyx and cool grey floor contribute an ambience of lightness and rejuvenation to grand The Lobby.

Using China’s finest artisans to showcase some traditional arts erected in a contemporary fashion as a showcase of Chinese artisans and celebration of the long tradition of refinement and sophistication.

Leung has adopted a contemporary spin on Chinese culture in the guestrooms and suites. Formally the hotel sheltered 525 guestrooms and suites. The now 230 suite-style rooms each offer a separate bathroom, living room, bedroom and dressing room. “They are the most personalised guestrooms in the world,” a recent statement from The Peninsula Beijing suggests. They are certainly cutting edge, with proprietary in-room technology delivering 11 languages at a touch of a fingerprint, and hotel and city information complete with local services are available.

A collection of 61 a suites are the result of when inspired design meets technological innovations. The hotel’s stunning theme suites include The Peninsula Suite – styled after a Chinese aristocrat’s home – and 17 reimagined Beijing Suites, while the Loft collection of duplex rooms offers a chic and sophisticated twist on urban living.

The first allocation of restyled rooms will be available to guests in August 2016, and the hotel renovation will be fully completed in early 2017.