The Schofield Hotel to open March 2016 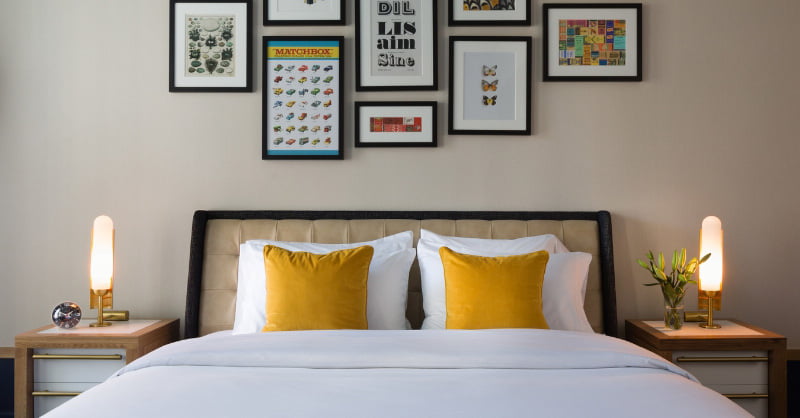 Kimpton Hotels & Restaurants has announced the March 2016 opening of The Schofield Hotel, following an extensive $50 million renovation of the Victorian-era Schofield Building, located in the heart of downtown Cleveland at 2000 East 9th Street.

“Kimpton is excited to bring Cleveland into the next chapter of its renaissance with the city’s first and only true luxury boutique hotel,” said Adam Gurgiolo, general manager of The Schofield Hotel. “With the building’s rich social history and central location, visitors and locals alike will find a home away from home with delightful architecture, inviting guest rooms, a naturally lit lobby and, of course, Kimpton’s playful approach to hospitality.”

Kimpton partnered with local developer CRM Companies, Inc., architects STUDIOCRM, and interior and brand designers Warren Red to transform the historic building, resulting in a 122-room hotel with six suites and 52 luxury apartments, 3,800 square feet of banquet space, and Parker’s Downtown, a modern American-style restaurant and bar. Slated to open in April, the restaurant and bar seats 120 patrons; occupies two stories and 4,700 square feet; and features a lounge and bar just off the hotel lobby, a main dining area and a pair of private dining rooms.

Inside the hotel, vintage matchbooks have been transformed into custom prints that decorate each room, a nod to Northeast Ohio’s Barber Match Company, which was the largest U.S. match manufacturer in the late 19th century. Inspired by Cleveland’s garment manufacturing history, the carpet is a combination of an argyle sweater and a sock monkey. The desk lamps are custom marquee-themed light boxes with letters that can be arranged to spell out messages, encouraging guests to ‘leave their mark.’ Guests can cosy up in the modern, living-room style lobby’s upholstered nooks beside a pedestal fireplace while reading the  hotel’s collection of Cleveland-set American Splendor comics.