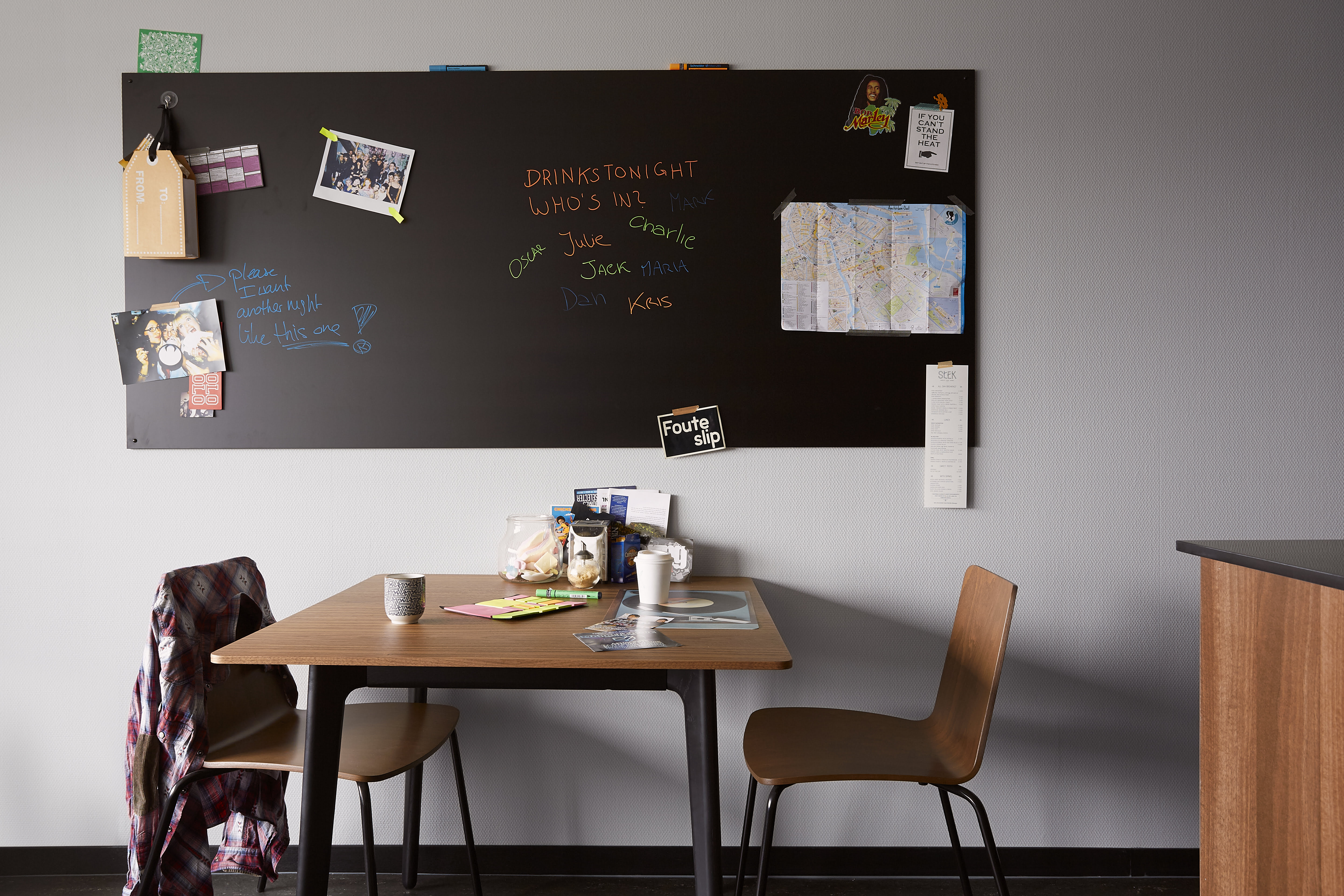 The destination marks a new chapter for hotel living where leisure and business travellers and students share spaces, connect and inspire each other.

The 571-­room property is located five minutes from the city centre in the former office and printing facilities of Trouw and Parool newspapers. The building was gutted and renovated to combine contemporary­ style and high­-end facilities with high-­quality student, short and long­-stay accommodation.

The hotel’s bedrooms are modern, stylish, and spacious with great touches including coffee machines, toiletries and big, comfy beds; everything you would expect from an upmarket boutique hotel, and more. The rooms feature postcards, flyers and notices about up and coming events organised by The Student Hotel which are appealing to all and designed specifically to bring guests and students together.

Amsterdam City features The Pool restaurant and bar, The Student Hotel’s new food and drink brand. It is conceived by Bunmi Okolosi, who trained with Michelin­starred Heston Blumenthal, and has designed a Mediterranean-­inspired menu, cocktails, excellent coffee and carefully crafted nibbles.

The Pool is open plan, light and airy, a destination in its own right that encourages conversation and connections over shared dishes created by Bunmi and inspired by the Old Silk Road trading route. Dishes are created with just five or six ingredients and designed with a healthy approach to tasty food.

Charlie MacGregor, founder and CEO, explains, “We have redefined accommodation for travellers and students. Amsterdam City, like all of our properties, is a beautiful environment that feels relaxed and unlike any other hotel.

“People want an alternative to the traditional hotel, guests who want to feel enlivened by their environment, inspired by who they see and meet. Amsterdam City is our concept for travelling, living, studying and connecting socially.”

“We are still developing the last parts of the building which will include an Olympic size swimming lane and sports club in the basement, mini offices, six additional meeting rooms and dedicated co-­working areas, and a 200-­seat auditorium in the garage.”

In addition to extensive co-­working spaces, there’s a gym, classrooms, a common area with TED Talk booths and games rooms, a library, university classrooms which sit next to business meeting rooms, and an underground bicycle facility with 600 Van Moof design bikes, available to guests.

The Student Hotel group was founded by Scottish entrepreneur, Charlie MacGregor. There are currently seven hotels operational across Europe with 15 under construction or in the pipeline.

The Student Hotel seeks out and develops dormant and unloved buildings that, once renovated, bring positive economic and social benefits to their neighbourhoods.

Each property is open to the community at large and encourages people who live or work in the neighbourhood to use its space and facilities.

The company has rapid expansion plans and will open 40 hotels (15,000 rooms) across Europe by 2020, including: London, Brighton, Edinburgh, Manchester and Dublin.