US hotel performance for July 2016 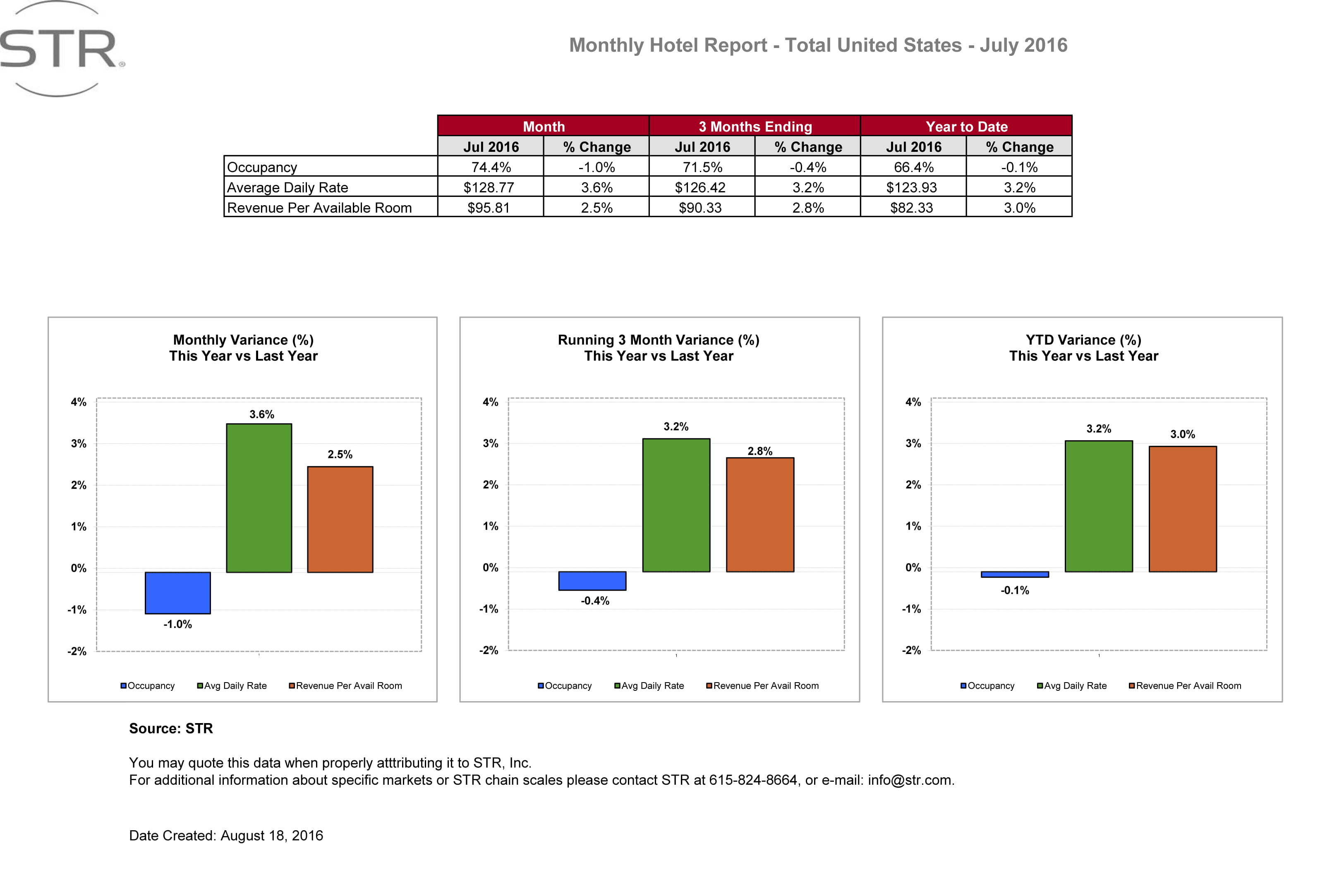 The U.S. hotel industry reported mixed results in the three key performance metrics during July 2016, according to data from STR.

“July supply growth crept up 1.6 per cent, and demand growth slowed to an anemic 0.6 per cent—basically no growth at all,” said Jan Freitag, STR’s senior VP for lodging insights. “Math then dictates that occupancy has to decline by 1 per cent, but luckily, there was a bit of pricing power (ADR +3.6 per cent). This month’s occupancy decline is the sharpest this year, but the ADR growth is the highest (tied with February and June).”

Freitag also noted that U.S. RevPAR has grown in year-over-year comparisons for 77 consecutive months, and July demand was the highest for any month on record at more than 117 million room nights sold.

New Orleans, Louisiana, reported the next largest year-over-year decrease in RevPAR (-6.6 per cent to US$85.40).

Outside of Philadelphia and Houston, no other Top 25 Market reported a double-digit increase or decrease in the metrics.

“The Top 25 Markets are seeing the majority of new supply (+2.1 per cent), so that is where a demand growth slowdown will hit first,” Freitag said. “Occupancy declined 1.5 per cent in the top markets, and ADR grew only 2.6 per cent. In fact, 15 of the Top 25 Markets registered an occupancy decline. Nowhere was it worse than in Houston where demand dropped 7.9 per cent, and supply increased 5.6 per cent.”