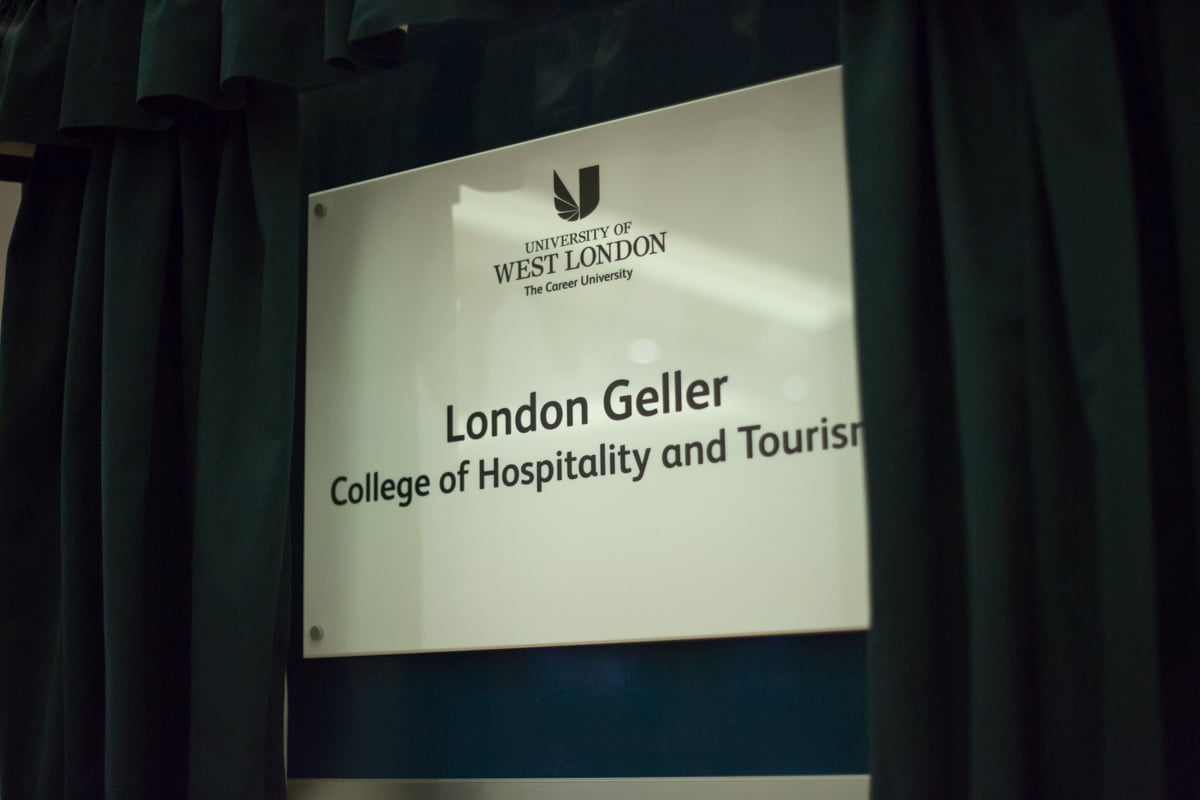 The renaming of the College celebrates the distinguished role Chancellor Geller has played in advancing excellence in hospitality and tourism worldwide.

He has over 45 years international industry experience with some of the world’s best known brands such as Holiday Inn, Hyatt and Strategic Hotels. A committed philanthropist, Laurence is also a prolific published author of professional articles, regularly lecturing at universities throughout the world and is a pioneer in specialist educational programmes.

A celebratory reception and dinner, attended by industry figures, alumni and staff marked the occasion and inaugural speeches by both Professor Peter John, Vice-Chancellor at UWL and Chris Humphries, CBE, Chair of the Board of Governors at UWL were followed by an unveiling ceremony and a speech by Chancellor Laurence Geller.

Chancellor Geller said: “For more than five decades, the college has set the standard for so many facets of hospitality and tourism education. With its wide portfolio of professional and specialist courses, its pioneering and innovative research activities, and its unique ability to draw from other academic areas within the university, the college lies at the cutting-edge of its field. I could not be prouder or more humbled to have my name associated with it and I look forward to supporting its on-going growth and successful development in the future.”

Professor Peter John said: “Laurence’s passion for and commitment to the University and his former College over the years has been remarkable, so naming the College in his honour was a natural step and I know he will not rest until this College is recognised as the leading college for hospitality and tourism in the world.”

Also announced on the evening was the appointment of James Edmunds as the new Dean for London Geller College of Hospitality and Tourism.  James has over two decades’ experience of teaching and managing tourism, hospitality and aviation courses within higher education.