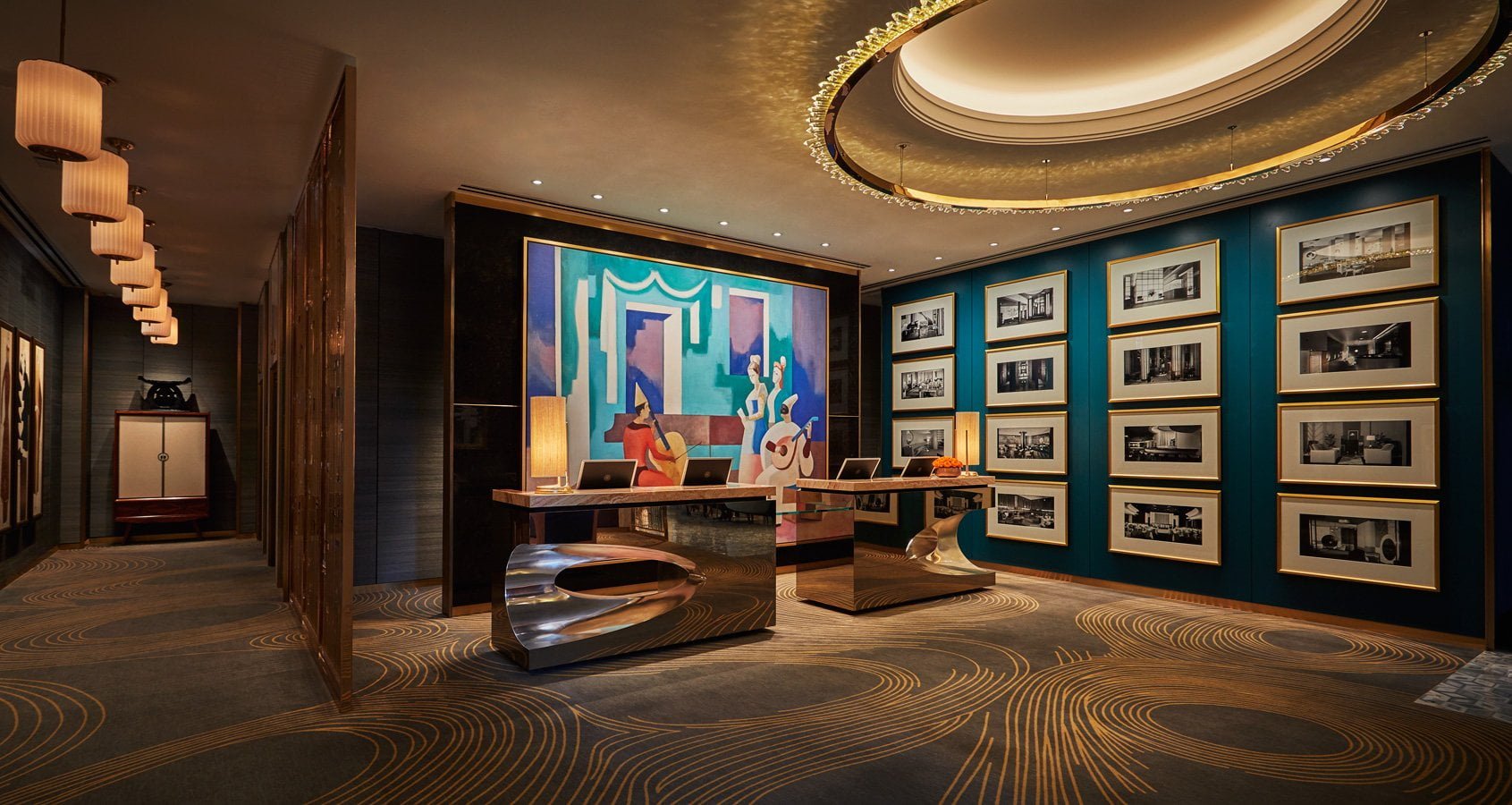 On the face of it, Viceroy’s first offering in the Midwest is a luxury hotel that gives a humble nod to its revered past, but delve a little deeper and you’ll find more than just a pretty face. Features Editor Sophie Harper discovers what lies beneath Viceroy Chicago’s clever design.

Opening the doors to the Midwest for Viceroy, was the unveiling of the brand’s Icon Collection Chicago hotel last autumn. Set in the heart of the city, the hotel sits comfortably on the corner of Cedar and State Street on the plot that was once home to the historic Cedar Hotel, and plays homage to its surroundings with sweeping views of Lake Michigan and Chicago’s beautiful city skyline. From its inception, prior to floorplans even being drafted, the Viceroy Chicago’s aim was to be a building with a dynamic presence, but to also be an elegant addition to the cityscape – something the finished exterior has achieved remarkably well, with its original brick and terracotta façade mixed with the contemporary sky-reflecting mirrored glass that towers above it.

It feels like a meeting of two minds, which rings true, given the original features first designed by architects Rissman and Hirschfield working so well with the new structure thought up by leading architects, Goettsch Partners. In fact, the whole project, inside and out, was a huge collaboration with the likes of Chicago-based Convexity Properties, Todd-Avery Lenahan of award-winning hospitality design firm TAL Studio, and The Gettys Group procurement team all working together to bring the hotel to life. The result is a thoughtfully curated design, complete with artistic and historic infusions, which sits perfectly in sync with its Chicago locale.

180 generous rooms are laid out over the 18-storey urban resort, which also offers a rooftop pool and famed Boka restaurant. The glassy façade brings stunning views from floor to ceiling windows throughout the building, as well as flooding the interior space with natural light and reflecting its surroundings from the outside.

The inspiration for the hotel came from the Flâneur, a French literary figure known for its free spirit and eye for exploration; a character that Todd-Avery Lenahan used in his design of the interior space as a guide to create details that would delight and inspire guests. The hotel’s public spaces largely focus on bold art fixtures, one of which is a 30-foot poem wall, inscribed with quotes from French poet Marcel Proust, fashioned to be a talking point that stands proudly in the lobby’s living room area. Custom designed for Viceroy Chicago, the tableau is a unique art installation that complements rather than dominates the lobby area and sits well in its rich teal and bronze surroundings, particularly when it’s lit-up each evening.

The lobby is an elegant mix of warm lighting, mid-century style furniture, straight lines, and bright artwork, including a large painting that depicts a Venetian carnival music recital by South American cubist painter Badi that sits behind marble-topped sculpted bronze reception desks, opposite which a beautifully framed fireplace gives the feel of homeliness, despite the hotel’s luxury look. Designer Todd-Avery Lenahan calls the lobby area ‘an intelligent social space in an intelligent city’, and he’s right.

Lenahan used the Aristotle quote: “the whole is greater than the sum of its parts” as his inspiration for the deconstruction of the Venetian Carnival painting’s rich and varied pigments, which he then used as separate blocks of colour throughout the building. The designer has also taken inspiration from modern sculptures by artists including Calder, Picasso, Miro, and Kapoor that are found throughout the city’s urban landscape to create interesting forms and shapes for what would otherwise be very conventional and functional pieces of furniture.

Guestrooms feature a distinct headboard-wall that displays a digital reproduction of an original work produced by London artist Tim Modus. Inspired by the architectural elements and sculptural forms of the mid-century, the artwork serves as a nod to Chicago’s own architectural history, which ties in beautifully with the overall design concept. As well as enlarged, luxurious bathrooms and closets, guestrooms feature cubist reproductions of Miette Brave’s artworks, and a selection of suites offer expansive terraces with incredible views of the cityscape and Lake Michigan – a living artwork in itself.

Step into any number of guestroom bathrooms and you’ll realise the emphasis on space and luxury. Clean lines are generously laid out in the form of large basins set in marble-topped units, huge angular bathtubs, and bronze cabinets framed by well lit mirrors and a number of bronze bathroom accessories.

Even the soft furnishings in the Viceroy Chicago have been given the Lenahan treatment, with cultural references and deeper meaning woven into the fabric (literally) of the custom cushions that sit on the lounge chairs and other seating in the guestrooms. Double-sided, the cushions depict the Thunderbird, which represents the Indian Potawatomi tribe’s god of life on one side, while on the other is the image of a panther, which represents the god of the underworld – a nod to the legacy of the area’s indigenous tribes – and designed in traditional Indian style. Elsewhere in the guestrooms, as seen throughout the entire building, is the continuous colour theme of rich bronzes, deep teals, and blood reds, all taken from the Badi artwork that sits proudly behind the reception desks downstairs.

Suites have the benefit of sumptuous living areas, namely large pieces of furniture for guests to ensconce themselves with a glass of something fragrant, and set within the confines of polished walnut and well-chosen artistic elements, from unusual glasswear to intricate ceramics. Some suites even come with private terraces complete with reclining furniture, and some come with freestanding bathtubs set in front of the floor to ceiling windows for a bathing experience with a spectacular view.

The Viceroy Chicago is also home to the highly anticipated restaurant Somerset, helmed by James Beard Award finalist Lee Wolen of Chicago- based Boka Restaurant Group. The restaurant is located on the ground floor of the hotel and hosts a large landscaped and tree-lined patio. Wolen’s curated menu features delectable dishes that highlight the best in seasonal and local ingredients, with exquisite desserts, specialty sundaes, parfaits and homemade Somerset chocolate bars. Lee Wolen also oversees the culinary offerings for the hotel’s rooftop lounge, as well as in-room dining, catering, and events. In addition, the hotel has 3,600 square feet of meeting and event space, including the 2,200-square-foot Cedar Ballroom and adjoining outdoor Lakeview Terrace.

From the outset, the Viceroy Chicago appears to be a well-presented luxury accommodation that has both honoured its past whilst looking to the future, but on second, third, and fourth glance, because you can’t help but keep going back for more, you begin to notice just how much culture and relevance the design holds here, from even the smallest of aspects
– the devil is in the detail.