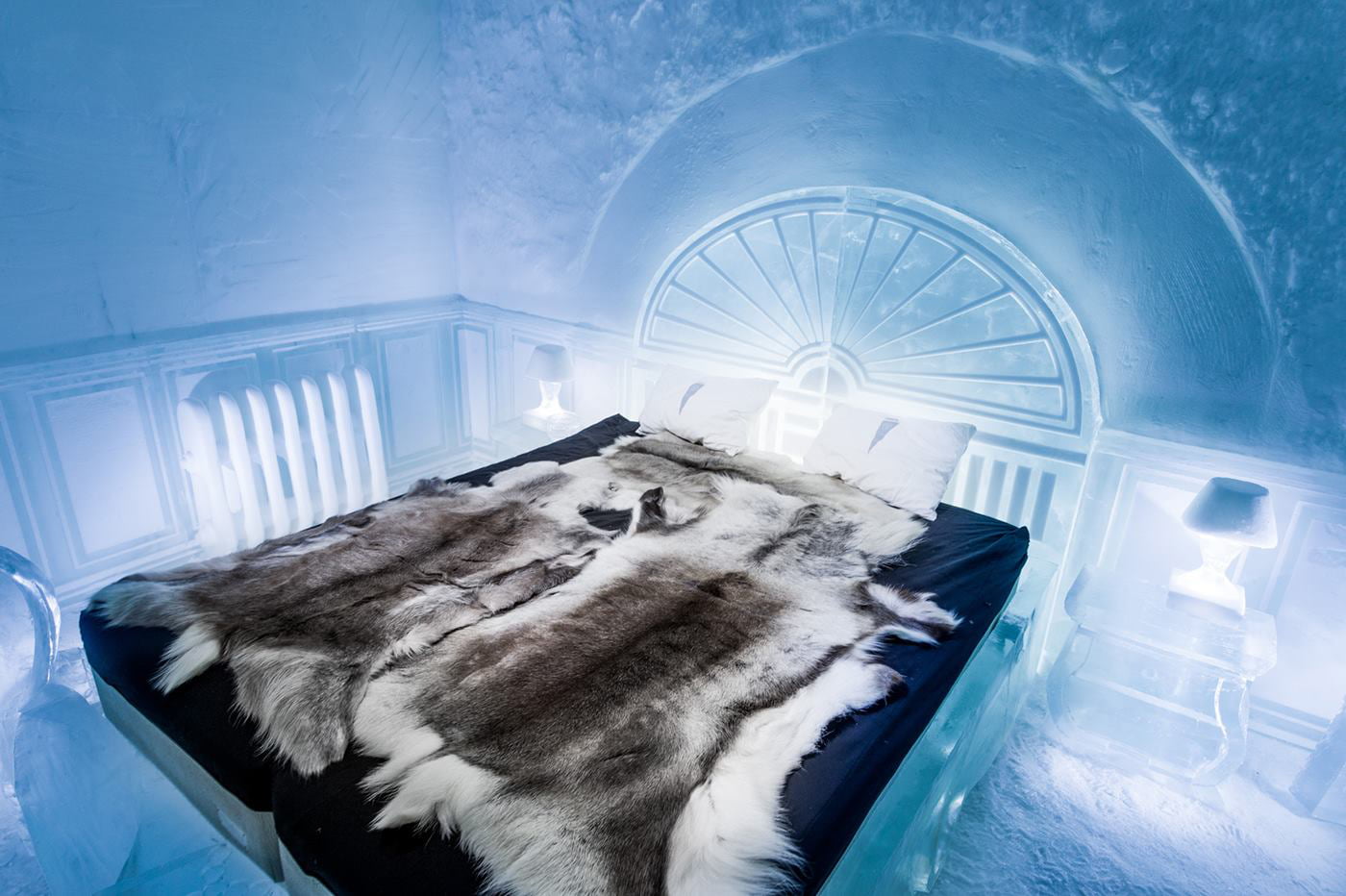 A permanent year-round ice hotel has opened in Sweden.

The resort, known as Icehotel 365, hosts 55 rooms including 20 suites and is made up of 30,000 litres of frozen water from the Torne River.

The hotel uses a solar-powered refrigerating plant used to keep the ice and snow that make up the hotel frozen.

“The nature and environment are not only a huge source for inspiration for Icehotel, but also a necessity to create the hotel year after year,” the hotel’s website states.

The hotel is scheduled to be completed on 16 December, although guests were permitted to stay in the Art and Deluxe Suites in advance of the official opening.

“The guests are a part of something historical,” Icehotel CEO Yngve Bergqvist said. “They inaugurate the first ice hotel in the world that will be open year-round and can experience the finishing touches of the build up close, which is a memory that will last a lifetime.”

Guests at the hotel will have the opportunity to create their own ice sculpture, swim in the Torne River and sauna and observe an ice gallery from over forty artists, designers and architects from nine different countries that will melt back into the river and eventually be replaced.

“They also have the opportunity to follow the artists who are finalizing sculpting their suites, and meet builders, designers and creators – the people who during the past months have endeavored and created Icehotel 365,” Bergqvist said.