With an appreciation of traditional design and craftsmanship, Alexandra Champalimaud and her eponymous design studio is the talent behind some of the world’s most iconic hotels. Here she shares a little of her creative journey with SPACE.

Alexandra Champalimaud is the Founder of internationally renowned, multi-disciplined design studio, Champalimaud Design. Launched in Montreal in 1981 and now based in New York City, the award-winning studio is the creative vision behind some of the world’s most famous hotel interiors; The Bel-Air, The Algonquin, Raffles Singapore, Waldorf Astoria New York, and currently Claridge’s, to name but a few, along with a host of luxury restaurants, bars and spas. With a team of 50 designers, working across a minimum of 30 projects at any one time, Alexandra now runs the studio with her three partners: Ed Bakos, Winston Kong, and Jon Kastl. 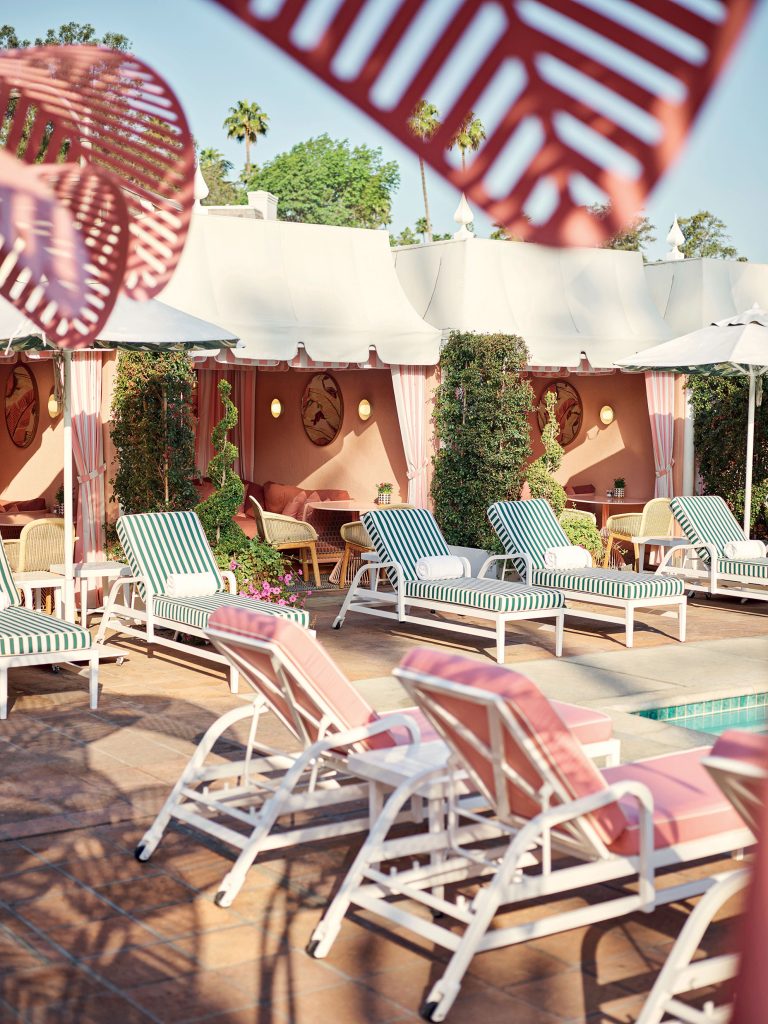 Celebrating design excellence and traditional craftsmanship is a pairing that has allowed them to explore and redefine designing for impact. For the last quarter century, Champalimaud Design has been recognized internationally for its visionary design concepts and keen ability to infuse spaces with modernity while maintaining integrity, character, and a sense of place.

Born and raised in the Portuguese fishing town of Cascais, on the Lisbon coastline, Alexandra describes her childhood as both amazing and interesting. “I was raised in the most beautiful place in Portugal and being in such exquisite surroundings planted a seed.” Surrounded by a family who appreciated and sought out beauty in everything, holidays were spent traveling across in Europe mainly by car, experiencing different landscapes and beautiful hotels, which she now looks back on as an introduction to the world she now inhabits.

Educated in both Portugal and England, it wasn’t until she completed her schooling in the UK, that she decided she wanted to pursue a career in design. Currently working on the major refurbishment of Claridge’s London, I caught up with Alexandra to find out a little more about her journey into hospitality design.

Where and what did you study?
I studied at the Fundacao Ricardo Espitito Santo in Lisbon where I learned about visual art, architecture and history and about the creation and preservation of various applied art forms. It was a transformative experience that set a strong foundation for my future design career.

When did you realise you wanted to be a designer?
Honestly it was a coincidence. I was at the right place, at the right time, with the right amount of experience when the right opportunity came along. I went all in and haven’t looked back since.

What was your very first job in design?
My first major client was Pierre Trudeau, former Prime Minister of Canada, designing his law office.

How did you arrive in hospitality- what was the original appeal?
I’ve been working within the hospitality sector since I was 19 when I worked on my first design project. I have a soft spot for big old hotels and over the years our firm has built a reputation for knowing how to thoughtfully design within these spaces. To this day we are still sought out for these kinds of projects, but also for our ability to transfer the same kind of thoughtfulness into new build and residential projects as well.

When I first started my business, I was a single mother raising two boys in Montreal. I really didn’t have time to think about the future of my business beyond the day to day and doing what I needed to do to keep my business afloat. Ultimately, we developed a reputation and started getting more calls to work on big projects – which later inspired the move to New York. 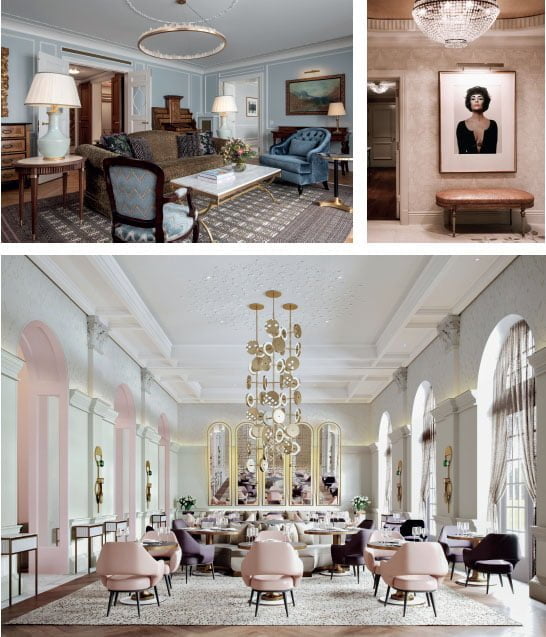 Looking back, what do you consider to be a pivotal moment to your success?
There have been a few times when that happened. The first probably was when our studio worked on our first hotel project in Algarve, Portugal. Followed by the renovation of Chateau Frontenac in Montreal – and again when I realised I needed to move my business to New York to work on the Drake and the Algonquin hotels. To be honest, I still have these moments sometimes!

How would you describe your style?
A mixture of unexpected, eclectic, and traditional, blended together.

Would you say your aesthetic has changed over the years and if so how?
Modern is a relative term; I feel my aesthetic has not strictly changed but has been influenced and evolved as a result of my surroundings and experiences.

What do you believe was your biggest design influence when you were starting out?
The minimalism of everyday life in Portugal, mixed with the sophistication of Europe.

What are the key differences when working on an American project and a UK project?
Americans are often too impatient to give design enough time to evolve, while the Brits will wait for their tea to steep properly! 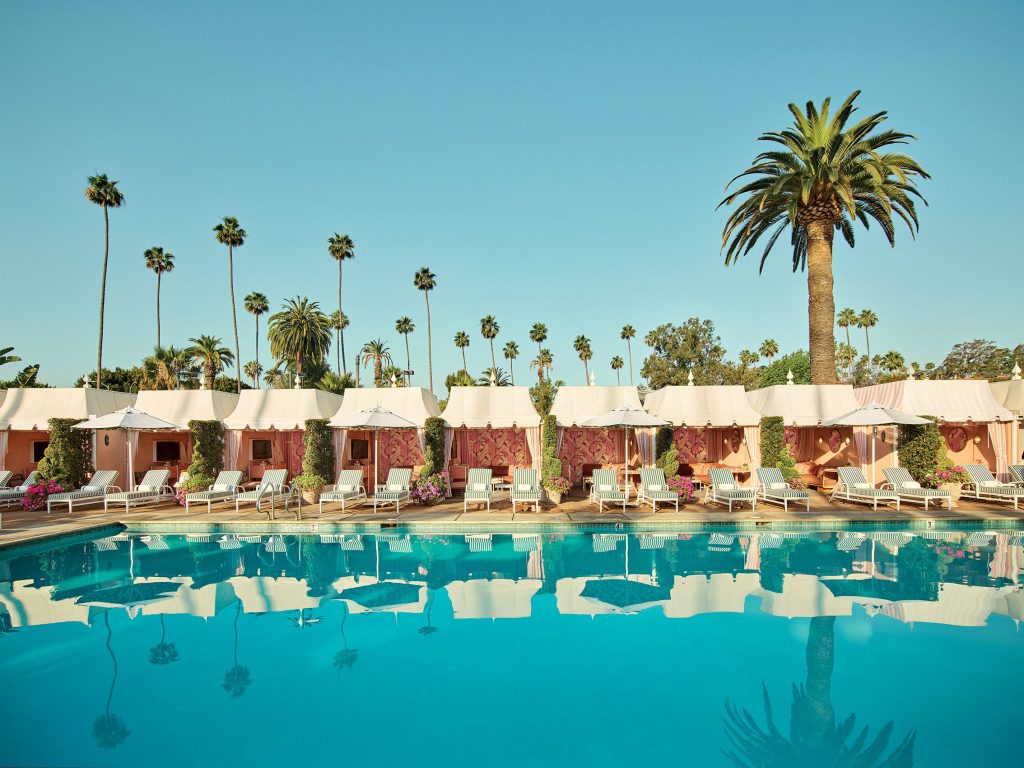 How large is your design team and how many projects are you currently working on?
Numbers are always fun banter, our current staff is 50 and we typically have 30+ ongoing projects of note.

What do you believe you bring your clients?
A testament to lifestyle, luxury, and design style.

When so much of design is about true colour and texture, how did you find operating during the pandemic?
It drastically changed the interaction amongst our staff, however we adapted and delivered as expected, thank heavens for technology!

What do you find the most exciting part of a project?
Two to three years after a hotel opens and the client calls with a success story and thanks the design team.

What are you currently working on?
Resorts in the Middle East, Claridge’s Hotel in London, and projects throughout the US, too many to list!