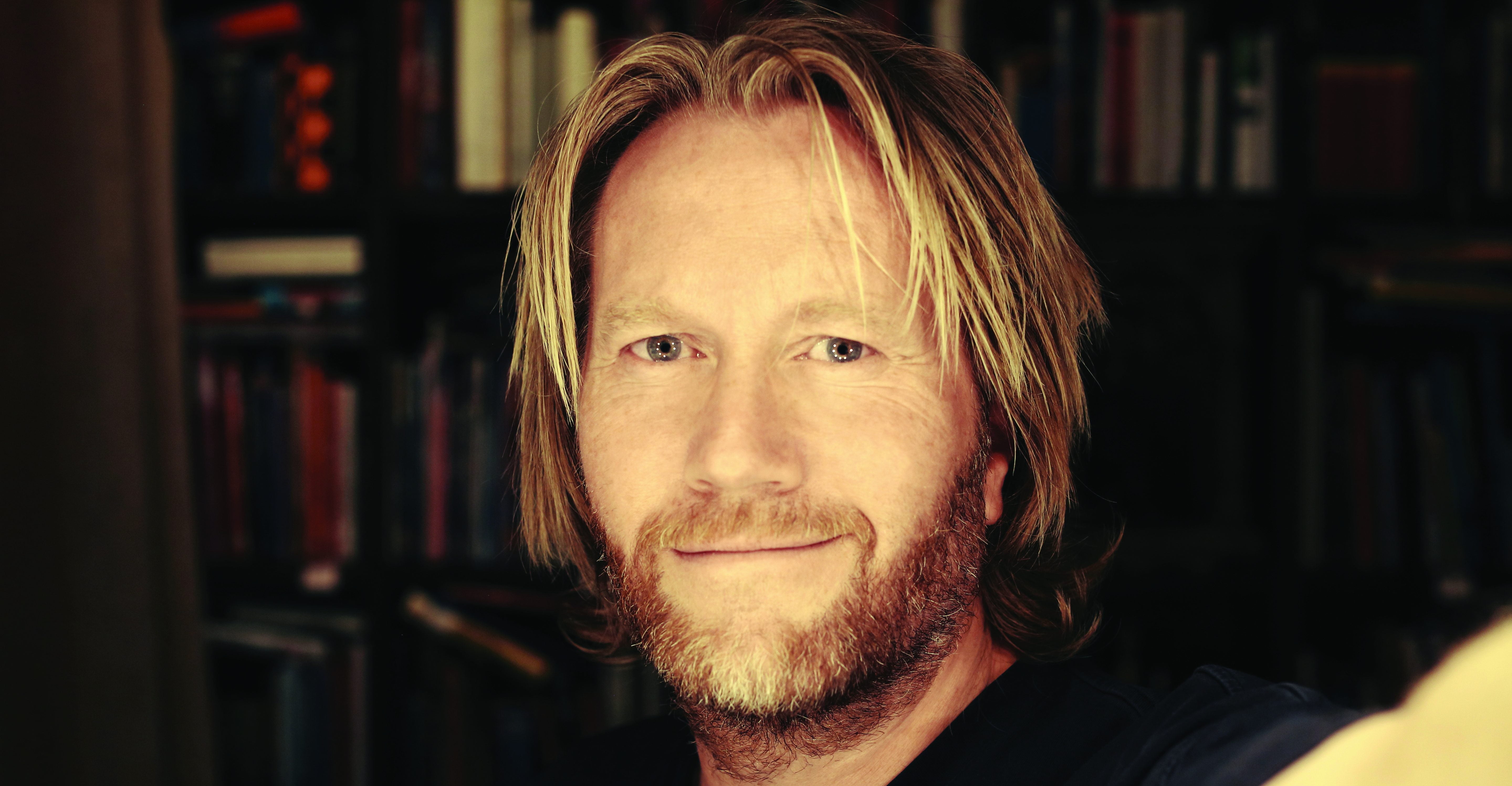 Stylt was founded in 1991 by Erik Nissen Johansen, a Norwegian visionary and artist with a passion for creative concepts and engaging experiences. In the years since, the agency has grown and expanded and today engage more than 50 people, including a range of competences, from artists, designers and architects, to  interior designers, engineers, developers, copywriters and art directors. From offices in Gothenburg, Sweden, Stylt tackles projects throughout Scandinavia and beyond. So far the portfolio includes more than 400 restaurants, around 250 hotels and a variety of destinations.

On my business card it says founder and creative director. I am in charge of our creative output and sign-off on everything we deliver. I see myself as the link between our art directors, industrial designers, copywriters, storytellers, interior designers and interior architects and our clients.

What five words would you use to describe Stylt Trampoli AB?

How long have you been involved with hotel design?

I moved to Gothenburg in 1988 as part of a new art group called Stylt. My first step in hospitality design was the highly unusual and successful restaurant Farbror Hjördis. Some years later, the remake of Stora Hotellet in Fjällbacka became my first venture into hotel design. A British travel writer claimed that ‘the best thing about the Swedish west coast was the bathroom in my hotel’.

Have you noticed any particular trends in hotel design?

I see a number of current trends. To begin with, I’m happy that the fastest-growing segment is social hostels for young travellers, where the lodging may be quite simple while the lobby and/or restaurant is the most happening place in town.

Another great change is that most of the major hotel chains have realised that people want hotels with a strong sense of place, uniqueness, individualism and a personalised DNA. This makes our life as designers much more interesting, and also makes for more interesting hotels. One fresh example is our brand-new creation Downtown Camper by Scandic in Stockholm, where a highly generic brand decided to creatively break its own mould with stand-alone brands labeled ‘by Scandic’. Thirdly, the hotel business is finally paying full attention to F&B and realise that the reason we choose a certain hotel may be its food and beverage offering. More and more hotel chains seem to make a business-wise split between lodging and F&B, such as Accor, whose F&B manager now is responsible for some 9000 restaurants. And finally, extraordinary experiences is ‘the new Rolex’, something we enjoy and also use to impress friends and colleagues with. Right now we are working on a heli-skiing resort on a remote mountain top in Sweden, and also a very exclusive place in the very north of Norway, where the actual product is the northern lights. Both are very hard-to-beat travel experiences.

How important are public spaces in hotels?

They are as important as the heart in a human being. Luckily the insight that humans attract other humans is growing rapidly. Number one is the place where people meet other people. The need for sleep is secondary.

With so many hospitality designers in the industry, how does Stylt Trampoli AB stand out from the rest?

Our approach is really simple: don’t shoot the film before you write the script. We believe in narratives, we believe in stories as a foundation for societies and cultures.

How is the current economic climate affecting the hotel design market? And has Stylt Trampoli AB felt the effects?

Scandinavia is pretty stable and optimistic, and to quote Rolf W.Schmidt at Top Hotel Projects: “There are constantly 5000 ongoing hotel projects, regardless of the ups and downs in economy”. We have plenty to do, going full throttle in Dubai, kicking off several new projects in Switzerland and have just been involved in a large new project in Spain, where they seem to have pulled through the dire straits. There is always work to be done in our line of work.

What is the biggest thing the company has learnt over its years in the industry?

That it’s all about making people’s hearts beat faster.

What has been your favourite project to date?

It’s as impossible a question to answer as who is my favourite child. I like to think about how some 20 years ago I designed a beach resort hotel in the Caribbean for a man and his wife. Today, we’ve recently finished work on a small design hotel in the Canadian Rockies for their son and his wife. It’s like a circle of life, and the best things always lie ahead. A current favourite is the robot restaurants we created for LEGO House brand experience centre in the company home city of Billund in Denmark.

Congratulations on your recent award at the prestigious Prix Versailles for the interior design at Spedition Hotel & Restaurant in the Swiss town of Thun. What does winning it mean to you?

Many prizes and accolades in the business are those where you yourself apply and send in your stuff, with an entry fee. In the case of Prix Versailles, a highly respected and qualified jury discovered and nominated Spedition Hotel & Restaurant. The United Nations named us the best hotel interior design in the world. What do you think it means to me?

Lets talk about HUUS Hotel, Gstaad, and what does this stunning project mean to you?

We were able to offer the upscale clientele of Gstaad a piece of Styltism, and a really warm-hearted, open-arms hospitality of a kind they really haven’t seen before. It also means that I get to go skiing more often.

How much time do you dedicate to sourcing products and suppliers for the projects you work on?

We are on a constant hunt for the best props, carpenters, suppliers, materials and producers. We move from thrift shops and antique dealers to factories and all the important fairs.

Do you find it easy to source new suppliers or do you work with existing companies on a long-term basis?

We do both. Reliability and innovation are our double cutting-edges, so we look in both ends of the spectrum.

What’s next for you?

This winter will be very much Dubai, where we have three projects running simultaneously. As I just said, we also have more assignments in Switzerland. In Germany we are on the last leg of the 25 Hours Hotel in Düsseldorf and I´m really excited to see it finished in the beginning of next year.

How would you define your ‘hotel style’?

Unpredictable, warmhearted and fun. Since our starting point is narrative based on history, ability of the operator and the local competition, the script will never be the same. Therefore, I would say that it’s a new design every time. We strive for what we call a ‘shoulder-relaxing’ feeling of informality. In fact, we have never done a formal interior.

What does design mean to you?

Where do you see hotel design in the future?

More of experiences, less of storage. I also expect the business to focus more on specifics such as mindfulness, action, outdoors and socialising.

What would you say are the three best places you’ve ever stayed?

Let’s finish with the issue of personal and work life balance. How do you aim to achieve a good balance and what do those closest to you think of your attempts?

I am a fisherman trapped in a hotel designers body. My aim is to add one more week of fishing per year, which would make me a full time fisherman by age 97. Seriously, I try to bring the family and combine business with family life at least once or twice per year. This Easter I was invited to talk in Dubai, the kids were on Easter holiday so we all went together and had a great time.