It takes a certain type of person to build an empire, and you only need speak with Harry Handelsman once to understand how he has established himself as an authority in the business of property development – an empire of sorts. Sophie Harper discovers how the tycoon has carved out his own definition of success and become an ‘accidental hotelier’ along the way.

As I have discovered over the years, it is quite often the case that those who are held in the highest regard by their peers and contemporaries are actually the most gracious, and Harry Handelsman absolutely follows suit.

Just back from skiing in the Italian Alps over the Christmas break, Harry speaks passionately about the great outdoors and enquires about my location and the things I enjoy most. In fact we chat quite casually for a while before any kind of interview takes shape, and immediately I realise how Harry has collaborated so successfully with so many different people over time – he’s a charismatic and very likeable character, and I imagine he’s talked his way in and out of various situations with ease.

Well-known for his novel approach to apartment development in London in the ’90s, Harry has been credited for his ‘out of the box’ thinking for turning abandoned factories and studios into stylish living spaces, sparking a trend for ‘loft living’ as inspired by artists apartments in New York and setting the wheels in motion for the beginnings of The Manhattan Loft Corporation. 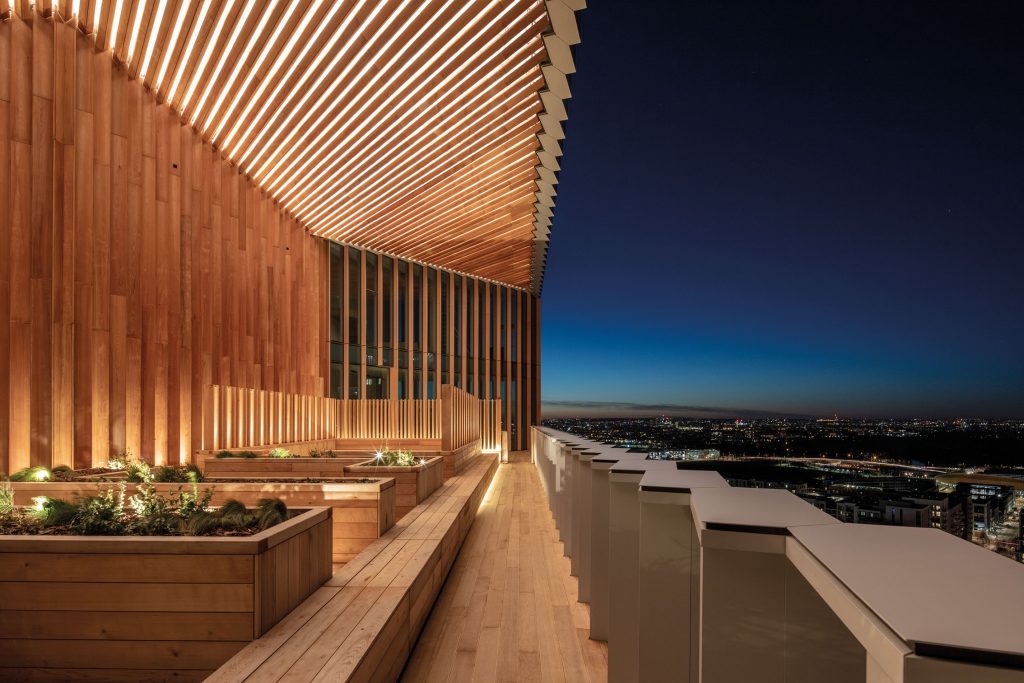 Harry isn’t your stereotypical property developer. In fact, he frowns when I refer to him as such saying: “I don’t really see myself as a property developer at all. I was given the opportunity to do things with property but I don’t consider myself a developer. In 1992, there were opportunities that arose from the recession and I was able to redevelop 24 apartments but I wanted to create something to be proud of, not something to generate a bigger bank balance.”

Born in Germany, Harry moved around during his youth. “I went to boarding school in France, then I spent time in Belgium before going to the ‘States and Canada, I did a masters in Israel then went back to Canada.” Following his father’s death, Harry returned to Belgium but found it wasn’t the place he wanted to settle in. “I decided to move to the UK,” he tells me. “A friend of mine was doing some property development over here, so I came to London and I just fell in love with the place. I love London – I like its dimensions – there’s an intimacy here, I also love the diversity of cultures. I don’t consider myself a Brit at all, but I do consider myself a Londoner and I feel very privileged to live in London – I’m a strong advocate for this city.”

The Manhattan Loft Corp portfolio was already impressive by the time the new century arrived, but in 2004, when the business was granted permission to redevelop the derelict Grand Midland Hotel (now St Pancras Renaissance Hotel) into 67 apartments and a 245-room hotel, a turn of events put Harry in a new position. “Becoming a hotelier was sort of an accident!” he says. “The St Pancras was only ever going to be the apartments for me but eventually my hotel partner pulled out, so I took on that liability at the time.” And the transition seemed to suit Harry perhaps more than he first thought. “The nice thing about developing apartments is that I’ve come to know my residents, you become acquainted, some even become friends. Developing a hotel is quite transient and I like creating the right mix of everything – from the entrance, creating that ‘wow’ moment and feeling engulfed by it all – there’s a certain charm.” 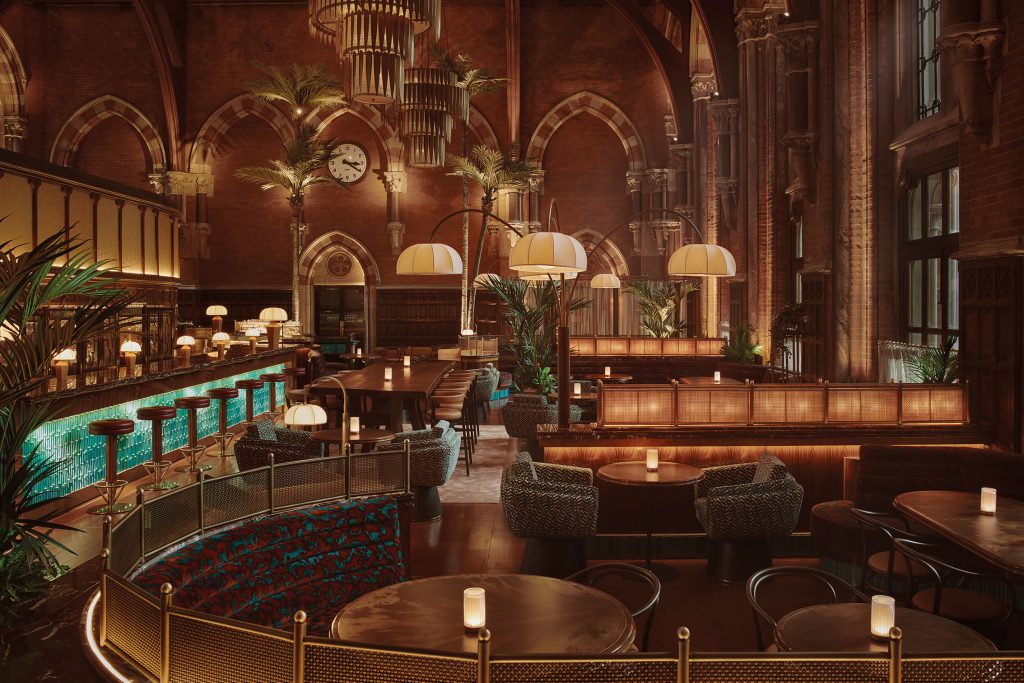 Harry admits that his business decisions are usually led by passion or impulse and that he easily falls in love with striking architecture. “I think I look at things a little differently sometimes. With beautiful buildings like the Chiltern Firehouse or St Pancras, I wanted to preserve these buildings and give something back to the city. You can say I’m a ‘property developer’ but for me it’s about being able to make a difference. Money doesn’t really interest me. The reason for St Pancras was simply because it’s a stunning building and I felt that it really needed to be handled with care.”

A pioneer in the property industry, Harry not only enjoys reviving beautiful old buildings, but breathing life into unassuming locations and he has a distinct knack for discovering up-and-coming areas of London before they become the fashion. “For many years, starting with Clerkenwell, I saw places before they were popular – and I quite like that – going to new places and creating something that people want to visit.”

In the early noughties, not an awful lot was happening in King’s Cross and Harry says no one had shown any interest in taking on the monumental gothic hotel. “People often say the problem with me is that what I do is always a labour of love and that none of it makes financial sense! At the time no one was interested in taking on St Pancras, and I recognised that. Money to me is a tool to be used to do what I want with property but it’s not something I’m looking to accumulate. I need to make money because that’s what real estate requires but that’s really the essence of it. For me it’s much more about trying to have an impact and trying to introduce opportunities to people that live in and visit London. I was interested in The Chiltern Firehouse because it was a bit of an anomaly. Everything exciting happened out of Oxford Street and places like Mayfair and Soho. Marylebone was somewhere people lived or shopped – it wasn’t a ‘destination’ so what we did with the Firehouse completely transformed the area – I find that kind of regeneration really exciting.” 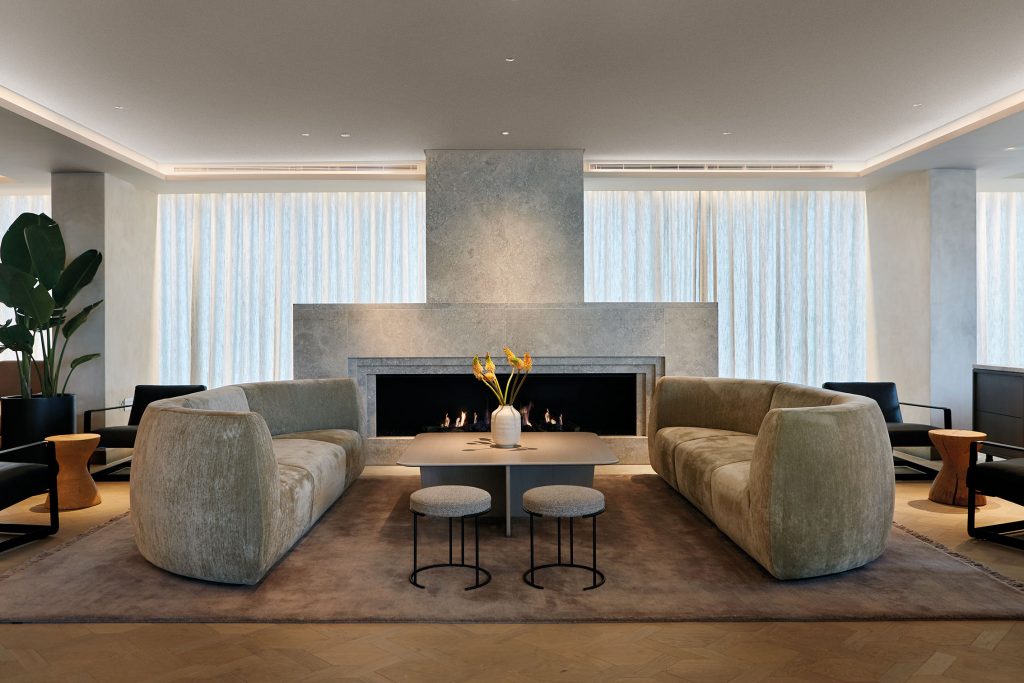 Harry talks about his pride in Manhattan Loft Gardens and The Stratford, the latest mixed-use development in the portfolio. Unlike Harry’s other projects, MLG is a newly built 42-storey 143m-tall double cantilevered apartment and hotel skyscraper designed by architects Skidmore, Owings & Merrill. “With Stratford there were two reasons why I was interested in the area. For a while I was very sceptical about the Olympics – because invariably governments spend billions – but to be fair the outcome in London has been amazing. Providing there is an infrastructure available, I believe there is always the possibility of creating a place people want to be. If no one is living there that’s because there is nothing for them, but once you make something available then the whole perception changes. Stratford is no longer just the area where the Olympics took place and I think the East Bank over the next year or two is going to see an incredible transformation.”

An honorary fellow of the Royal Institute of British Architects, Harry’s eye for architecture and design is discerning and he’s particular about the designers he chooses to work with him on new projects. “I think I’m creative in terms of having a sense of aesthetics, I believe I have a sense of ambition and I’m very lucky that I have some amazing people wanting to work with me.” The selection process when deciding on studios to collaborate with varies but is more calculated than you might expect. “I tend to react to an opportunity, if someone shows me a property I like, I’ll choose who I think would be the most appropriate designer for that project, whether that’s someone I already know or someone that has been recommended to me. Then we have a conversation and work out whether we’re in tune with one another, because if you’re not it makes it more challenging. I don’t want someone to just say yes to things because they think that’s what I want, I look for people who are individual and talented – it’s then for them to put forward what they think is best from their perspective. I get very involved in the process. I always have a vision of how I think something should look, but I’m the first to be convinced of new ideas and make room for other people’s visions. I’m not so arrogant to think that my idea is always the right one. I see everyone I work with as collaborators – they’re not working for me; they’re working with me.” 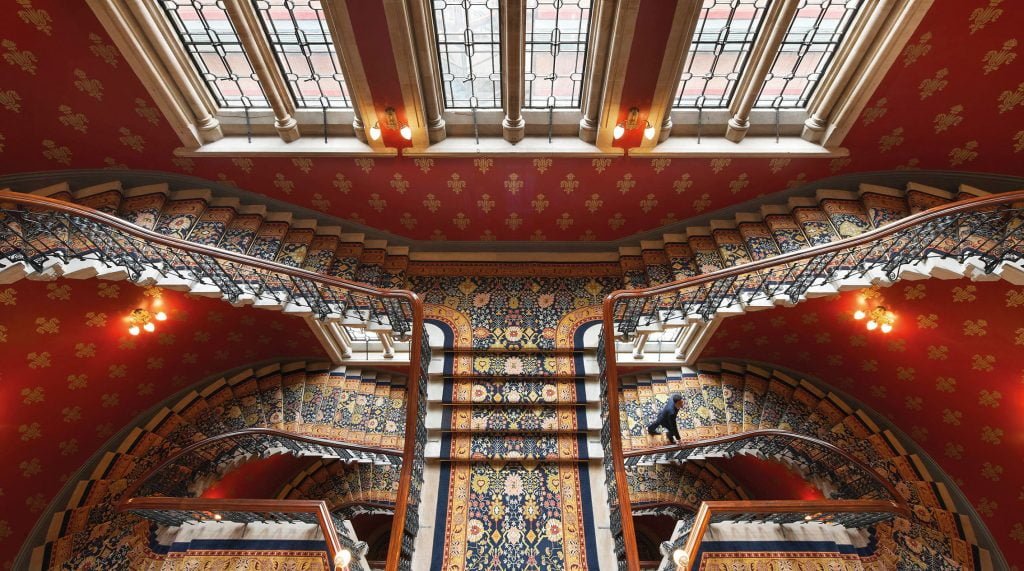 When I ask Harry what he puts his success down to, he indicates it being a mix of intuition and risk, but I think it’s largely down to his genuine interest and understanding of people. “I’ve always been a disruptor in the local community in every development I’ve ever done because I like to lift the perception of an area,” he says. “But it’s important that it doesn’t clash with what’s already there – it should always complement the existing neighbourhood. There are a number of factors that make a hotel successful, but for me I think comfort is really important. What’s interesting about hotels is that when you’re a guest, for a short while you become the owner of that space – it’s yours – and I really want people to feel a sense of ownership when they stay, and by that virtue that ownership creates an environment that makes people want to come back.”

Keep an eye out for new Manhattan Loft Corporation property developments happening outside of London over the coming years. 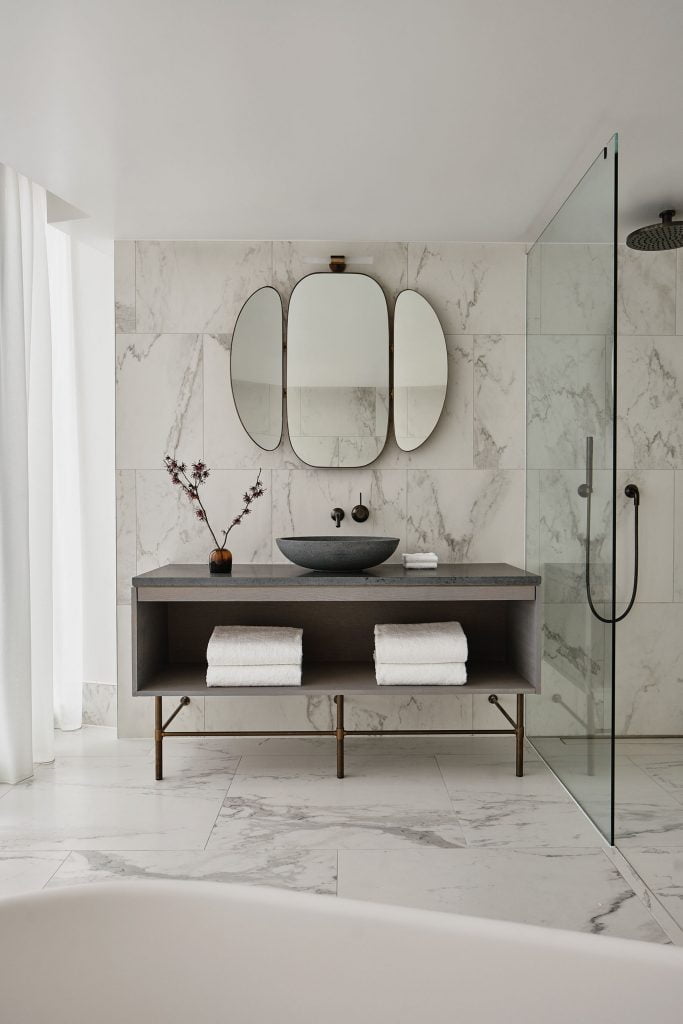 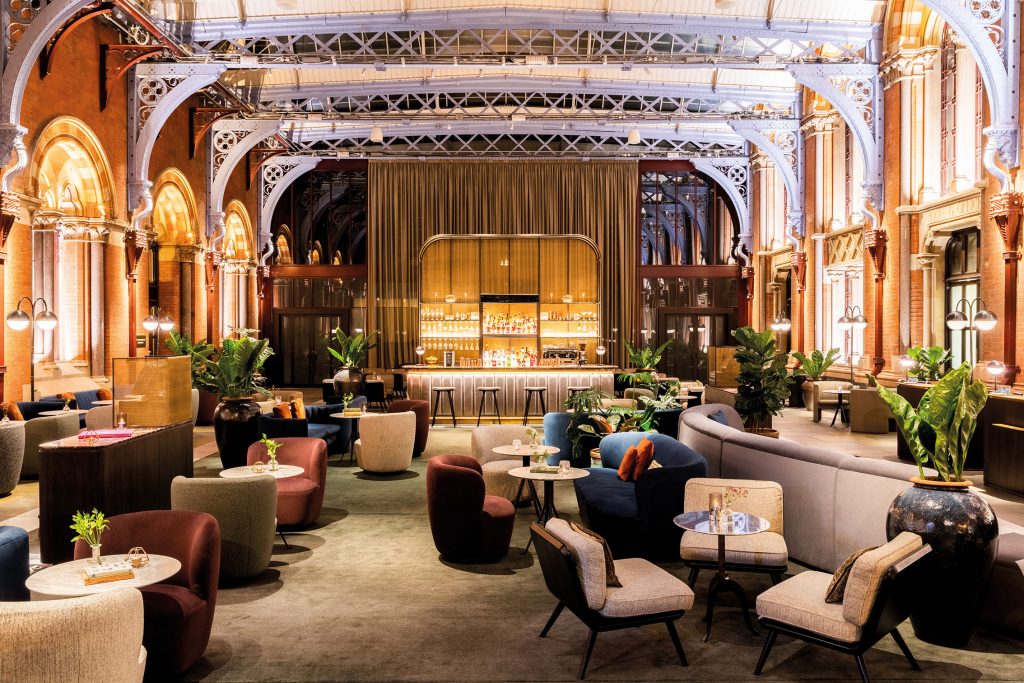 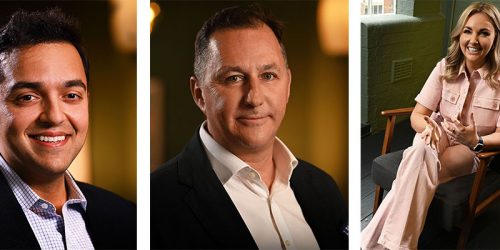 YOTEL, a global hospitality brand with 22 hotels worldwide, has today announced a series of senior a... 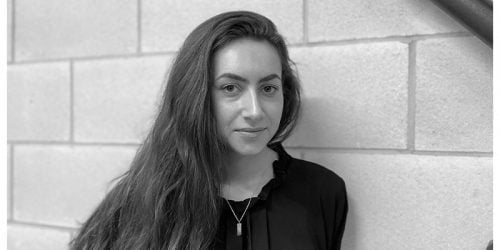 Haroulla Georgiou made an Associate at align 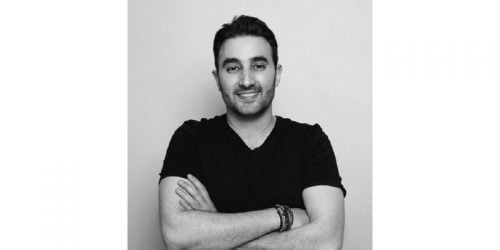 Ennismore is delighted to celebrate that Sharan Pasricha has been made a Member of the Order of the ...