The well-traveled Mexican aims to maintain the high-performance capabilities of one of the city’s top-ranked luxury hotels. 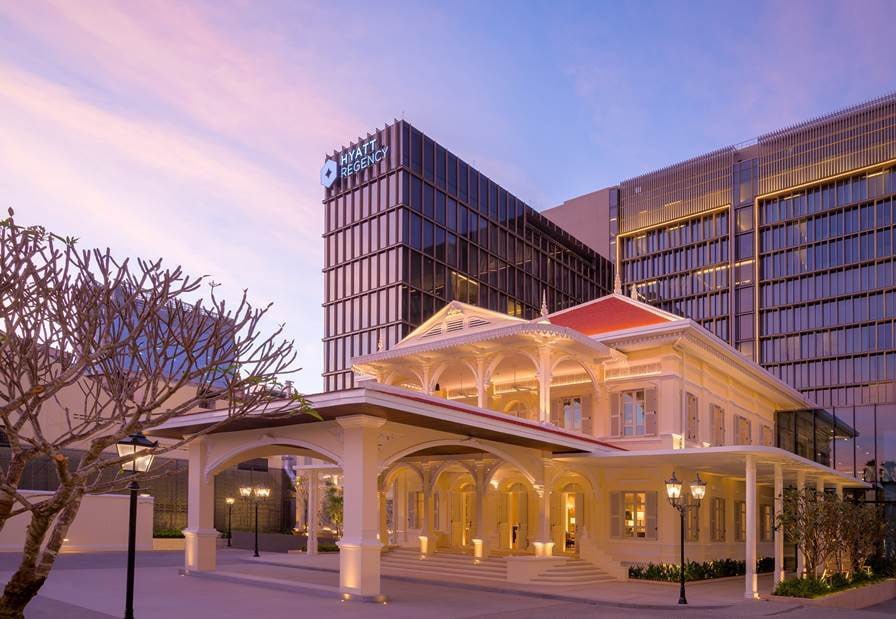 The Hyatt Regency Phnom Penh is an alluring blend of the modern and the historic with the lemon-coloured early 20th Century Colonial House serving as a counterpoint to the main hotel.

The property has earned widespread acclaim since its opening in January 2021. Most recently, it was ranked “top city hotel” in Cambodia, as leading travel publication Travel & Leisure Asia published its Asia’s Best Awards 2022.

Mercadante, who takes the lead as general manager at the property this August, is looking forward to collaborating with the Hyatt Regency Phnom Penh team. “I intend to enhance our personalized and inclusive service. I’m excited to share my knowledge and contribute to the hotel’s continued success,” he said.

He has overseen a succession of projects with Hyatt including rebranding, deflagging, and pre-opening properties. “In my tenure with Hyatt, I’ve had the privilege of working in five different continents, he said. “Each role has been a unique experience that has contributed to my knowledge and skills to become a better leader.”

With shifts at high-profile city and resort hotels around the world in his background, Mercadante can draw upon extensive experience in the global tourism industry. The passionate world traveler from Mexico City is confident that his solid guidance will ensure Hyatt Regency Phnom Penh remains prominent among Cambodia’s elite hotels.

“Together with my team, we will strive to fulfil the owner’s vision of making Hyatt Regency Phnom Penh one of the leading hotels in the city,” he added.