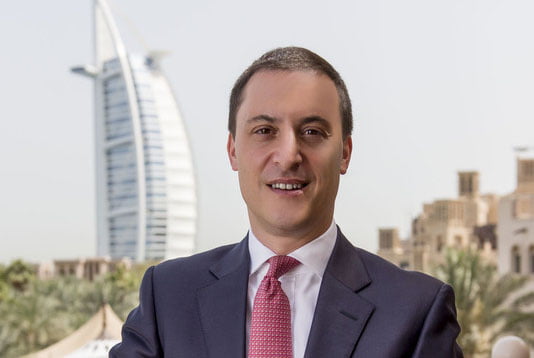 Jumeirah Group, the Dubai-based luxury hotel company and a member of Dubai Holding, has appointed Robert Swade as Group Chief Operating Officer, following the resignation of Nicholas Clayton, who left the company earlier this year.

Robert Swade has been an integral part of the senior executive team of Jumeirah Group since he joined the company in October 2005 as General Counsel. In 2012 he was appointed as Group Chief Development Officer, tasked with building a robust portfolio of future hotel projects for the Company. Today Jumeirah Group has 23 operating hotels, a further 19 under development and a total of 70 under negotiation in the UAE, Middle East and Africa, Asia and Europe for both the Jumeirah luxury brand and the new contemporary lifestyle brand Venu.

Robert Swade¹s long history in the hospitality business started in the South of England, where his family owned and managed a boutique hotel. Robert started his career as a commercial lawyer, working in both London and Dubai and prior to moving to Dubai, fifteen years ago, he also worked at the House of Commons for a UK Government Minister.

Commenting on this senior leadership change, Jumeirah Group President and CEO Gerald Lawless said, “I am delighted that, in keeping with our guiding principle of continued development, Robert Swade has agreed to take on the role of Group Chief Operating Officer. In his new position, he will be responsible for our hotel and commercial operations, ranging from our owned hotels in Dubai to our managed properties in the UAE and internationally. He will also continue to manage the Development team as they work on the expansion of our portfolio of hotels. During his ten year career with the Jumeirah Group, Robert has demonstrated energy, passion and leadership, which has helped drive our business forward. I would also like to take this opportunity to thank Nicholas Clayton for his contribution to the Jumeirah Group over the last three years.”

On the announcement of his appointment, Robert Swade said ³Having grown up working in the hospitality business, I am delighted to be have the opportunity to further engage in the strategic management of our global businesses. Jumeirah is a world-class hospitality company with an iconic portfolio of hotels and a strong pipeline. I look forward to leading our continued growth and expansion while delivering consistently excellent customer experiences and strong shareholder returns.”