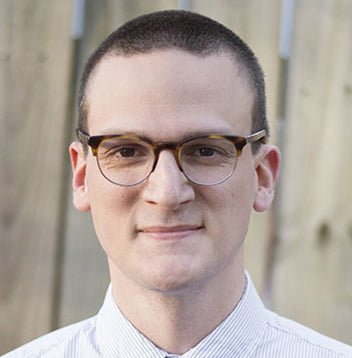 Leading hospitality art company Kalisher promoted David Winton to President earlier this month. Winton had been the Acting President since January and was the VP, Creative Director prior to that.

“David is the right man for the job and has proven both great creative leadership and keen understanding of our clients’ needs,” said founder and owner, Jesse Kalisher. Kalisher added, “Both Helen and I are thrilled with how David has taken the reins and made us stronger.”

Winton, a Mississippi native, graduated from the Glasgow School of Art and began with Kalisher in 2008 as employee number two. He was hired as the Print Production Manager. Winton was promoted to Associate Creative Director two years later, and to VP, Creative Director in 2014. For more than nine years, Winton has contributed to Kalisher’s growth from a 4-person company to the 100-person global creative engine that it is today.

Along with owner, founder and CEO Helen Kalisher, Winton created and developed the company’s creative and curatorial department. During that time, Winton has been actively involved in both the opening of Kalisher’s 23,000 square feet manufacturing facility in North Carolina, as well as opening offices in London, Chicago, Atlanta, Dallas, Charleston, Cleveland and Palm Springs.

Kalisher is owned and led by artists. Winton, an artist in his own right, continues this legacy by assuming the role of President. “The privilege we have as artists is our opportunity to create small moments of joy in people’s lives. Nowhere is this more taken to heart than within our team of art geniuses at Kalisher,” Winton said. In his new role, Winton added that he looks forward to, “helping uncover the next trend in art and applying it to all of our creative projects, from Morocco to Minnesota.”