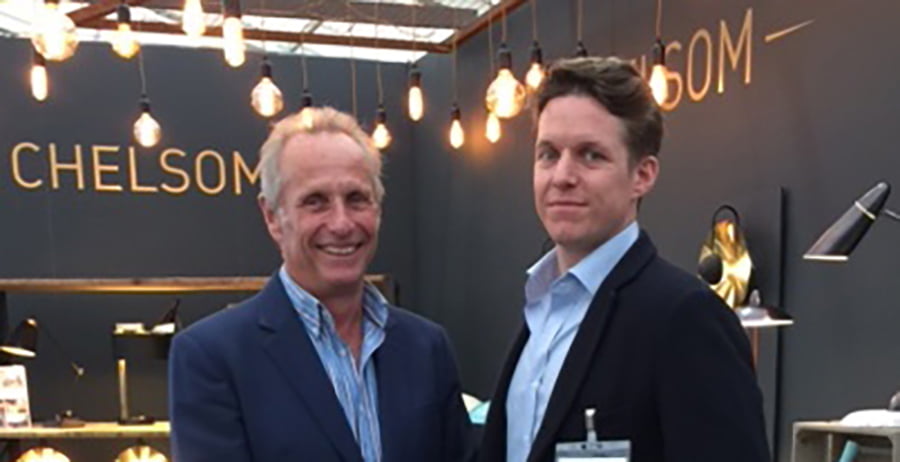 Will Chelsom has been promoted to Joint Managing Director of Chelsom as the company further consolidates its position as a leading designer, manufacturer and supplier of decorative lighting to the international hospitality and marine markets.

During the eight years he has been at Chelsom, Will has made an increasingly important and significant contribution to the continued growth and success of the company. He has had a major impact on developing new and existing client relationships along with increasing sales and marketing efforts and was responsible for leading the company’s recent rebrand in 2014. Chelsom prides itself on designing the lighting collections entirely in-house and Will has been fundamental to the recent successes in range direction and has been heavily involved in product design for the upcoming collection as previewed recently at Decorex and set to launch in full in May 2016.

Robert Chelsom says, “Obviously on a personal note I am very proud that we are celebrating what has now become a fourth generation family business and William will be the fourth Managing Director in Chelsom’s history. I am thrilled that we are going to be sharing the role of Joint Managing Director as we work extremely well together and I know I speak on behalf of everyone at Chelsom when I say that Will’s promotion is a major asset to the company, one which will hopefully see us maintain our position at the forefront of this extremely challenging industry.”

Will Chelsom said, “I have always felt there is huge potential for Chelsom as a business and I have relished my part in securing the significant successes we have enjoyed over recent years. The continued success wouldn’t have been achievable without the great team we have working with us, all of whom care massively about what they do putting customer satisfaction and excellent service levels above everything they do. I am really excited about what the future holds for Chelsom and I look forward to driving things on with my Father for many years to come.”