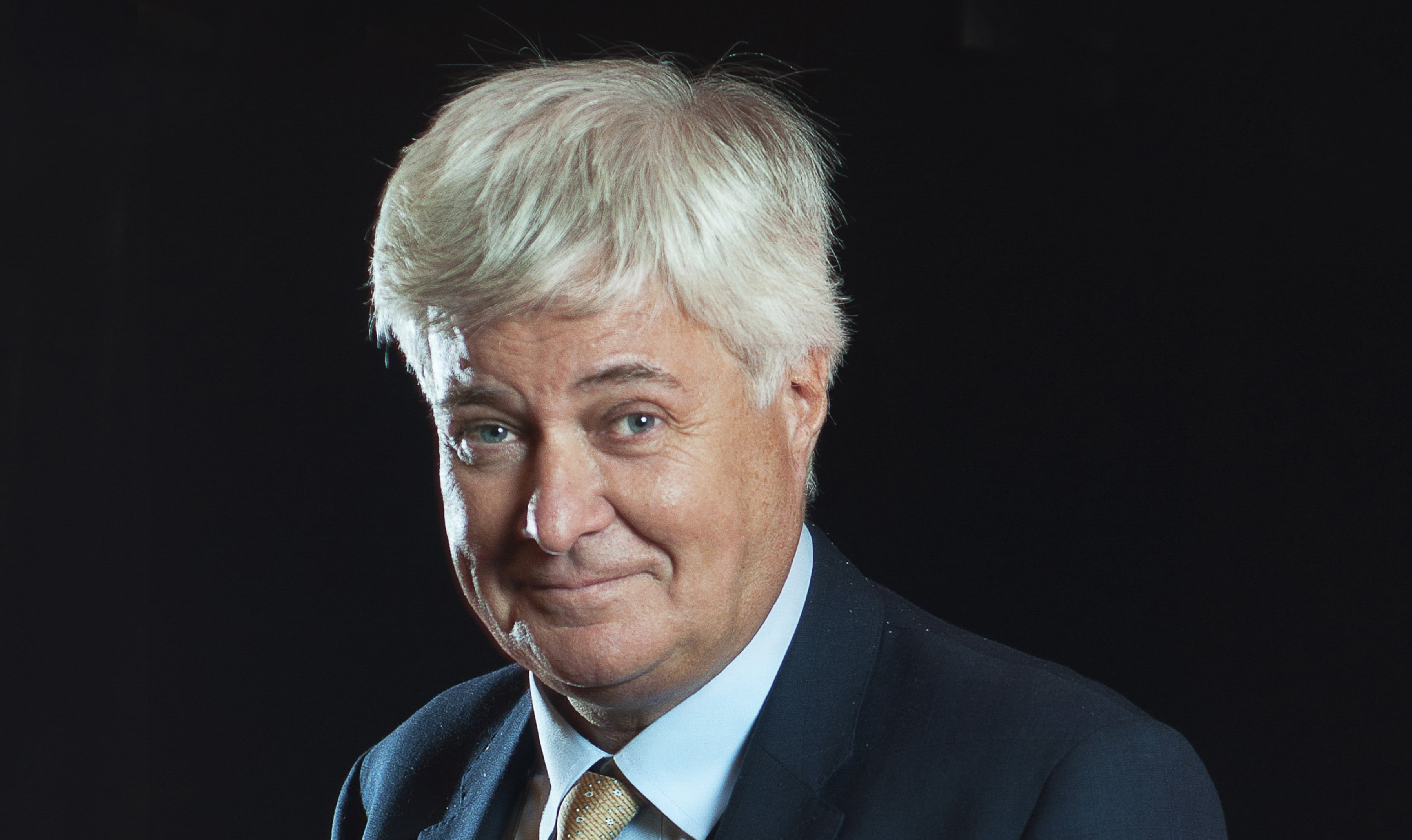 As far as Robin Sheppard is concerned, Bespoke’s the only way to go when it comes to first-class hospitality. He explains his, and Partner Haydn Fentum’s, company – and personal – ethos to Space editor, Can Faik…

Bespoke Hotels has grown to represent over 200 properties worldwide, and stands as the UK’s Largest Independent Hotel Group. Founded in 2000 by Haydn Fentum and Robin Sheppard, Bespoke has consistently grown to the point where they now manage over 9,500 hotel rooms, 8,000 employees and £815 million of assets. Every agreement they have is Bespoke by name, and bespoke by nature.

What was your background in hospitality prior to working for Bespoke Hotels?

I’ve worked in hospitality ever since I graduated from Oxford Brookes University in 1977, with my background prior to Bespoke consisting of a range of General Manager positions across the country, including the Old Course Hotel in St Andrews and the Royal Berkshire in Ascot, before becoming a Regional Operations Director for Forte Hotels, based primarily in Bath. Through this time, I was fortunate enough to work within some fantastic teams, and we picked up four ‘Hotel of the Year’ awards in the process.

What does your current position involve?

I don’t have a dull job because I have an ever-expanding list of duties, given Bespoke’s rapid expansion over the past decade or so. And when I can I love driving the detail in projects such as Hotel Gotham.

As Company Chairman, my primary responsibilities fall at a strategic and financial level, but I try to remain as hands-on as I can in operational terms, with regular interaction with General Managers and owners across the country. Plenty of time on the road, in other words!

What do you enjoy most about what your role?

I enjoy being as involved as possible with the properties we have. I still get a tremendous thrill to witness an efficient service in full flow, for example. But I am also fortunate enough to be in a position to have overseen the birth of a number of new concepts under the Bespoke Hotels umbrella, and it’s tremendously satisfying to watch an idea born in a brainstorm ultimately come to manifest itself in the real world.

What are the complexities of meeting the demands of shareholders, fulfilling the growth of your management team and delivering the brand’s values to the guests?

Our board structure is relatively simple, with shareholders all playing an active day-to-day role in the company, so they are consulted at every step. Maintaining brand standards and values across a rapidly expanding portfolio is a challenge at times, but we have an enthusiastic and passionate team ready and able to overcome this.

What will Bespoke Hotels have to do to stay one step ahead of its competition, especially in the boutique hospitality sector?

We believe first and foremost in the value of the Bespoke brand, both in terms of operational and financial expertise. We have no desire to overcompensate or sensationalise what we do, as we believe the results speak for themselves. Our preference is to champion the local hero name of each of our hotels and put the scaffolding in behind the scenes quietly to enable the hotel to appear independent.

Quite simply, we are bespoke! We boast a uniquely individual approach to our hotels, and never seek to force them to fit a pre-determined brand or template. This, combined with our extensive experience and managerial expertise, ensures hotels retain individuality while benefitting from the platform we provide. We like to think we leave our mark, just in a subtler way.

Is Bepoke involved in any charitable initiatives at all?

We actually began our first such initiative last year, and are in the stages of plotting its second season. Named the ‘Bespoke Access Awards’, we have spearheaded an initiative to promote inclusive and accessible design across the hotel sector, run alongside the Royal Institute of British Architects with the aim of transforming hotel bedrooms and public areas into less-functional and hospitalised spaces, seeking to inject delight and surprise. We received some fantastic entries during our first year, with a prize-giving ceremony taking place on 1 December 2016 at the House of Lords, and a sequel due to crystallise this coming September.

Why is this issue so important to you?

Having been diagnosed with a totally paralysing illness called Guillain Barre Syndrome in 2004, and experiencing limited movement ever since, I have long considered the need for the hotel sector to inject a bit more brio into their disable-friendly facilities. I think there’s a great deal more we could be doing in terms of adjusting the hearts and minds of both staff and owners, so if the Bespoke Access Awards succeed in sparking a conversation or making a designer approach a project slightly differently, we’ll be delighted.

With over 200 properties worldwide in your portfolio, are there more acquisitions or openings planned for 2017?

We are constantly investigating new opportunities for growth, with additions to the group coming in the near future, both at home and abroad, as well as some exciting new brand concepts due to be unveiled. Projects arrive in unequal dollops though, so some months we just add one hotel and the next five.

What is next for the Bespoke Hotels as in new openings?

We are converting a hotel in Surrey with plans to turn the current F&B space into a bakery/deli. We are also scheduled to start work in Manchester with a cheeky new sister for Gotham, which will be called Hotel Brooklyn.

Is Bespoke Hotels looking at any countries in particular for new openings?

We are very open-minded when it comes to location. But the middle and far East seem to have presented themselves to us in recent months, so that will be a focus.

What kind of equity will be available to finance the new builds and acquisitions?

We work with a variety of investors and finance houses to create the right funding solution as each project comes along. As we are not listed we can be nimble in sourcing the appropriate blend.

What are the personality traits that define a successful and happy hotel proprietor, in your opinion?

It’s a bit of a cliché, but surrounding yourself with hard-working, passionate, and honest people is vital. Open communication between owners, stakeholders and operators is something we have always strived for at Bespoke. And as Noel Coward once said, “work is more fun than fun”, so we should always remember to have that.

Have you noticed any particular trends in hotels in Europe compared to the Middle East?

Transactions in the UK are much greater than almost any other part of Europe, with London, in particular, maintaining its crown as the capital of the world. But huge strides are being made in Qatar for reasons around the World Cup, while Dubai is now the clear leader as the most hotel-centric society on the planet.

After the spectacular opening of Hotel Gotham in 2015, will you be adding more design-led properties to the group?

We are always on the hunt for new Gotham sites, and certainly don’t envision stopping at just one! Meanwhile, we plan to open a new subterranean Gotham club in our basement.

Where currently ranks highest on your travel wish-list?

I would have to say Seoul and Busan are right up there; as I now have a charming daughter-in-law from South Korea.

Let’s finish with the issue of personal and work life balance. How do you aim to achieve a good balance and what do those closest to you think of your attempts?

Friends and family would probably say I don’t try hard enough! But I do make an effort to switch off as much as possible once I arrive home. I think it’s vital to allow oneself downtime, especially in an industry like hospitality where there is always more to do. Something as small as reading from a page, rather than a screen, in the evenings, can make a huge difference; but then so can a decent glass of Chassagne-Montrachet! 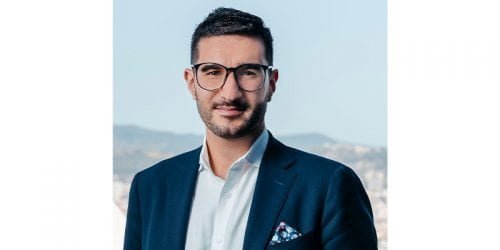 The iconic urban retreat Hotel Arts Barcelona is pleased to announce the appointment of Pascha Bhatt... 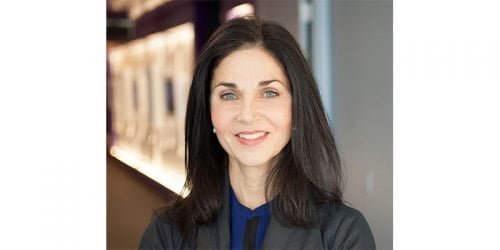