Furniture maker Burgess has launched its first ever bedroom range, naming its new chairs after long-term employees in celebration of its 60th anniversary.

In a major new direction for the company, the latest collection includes four brand new chairs purposely designed for hotel rooms together with side and coffee tables. The four bedroom chairs – Walsh, Yorath, Viram and Ryall – honour members of the Burgess Furniture team and mark 60 years of British design and manufacturing.

Jeremy Burgess, Managing Director of Burgess Furniture, says: “2019 is set to be an exciting and milestone year for Burgess Furniture as we focus on new areas of hospitality, using our considerable skill and innovation to enhance guest comfort and experience.” He adds: “We are especially proud of the Burgess team, some of whom have been with the company for over 40 years. It’s only fitting that our new chairs are dedicated to their long service and commitment.” 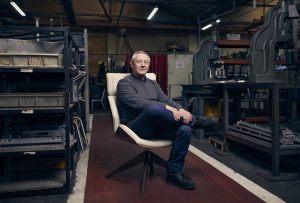 The new bedroom range chairs include Walsh, named after Kevin Walsh, a machine shop manager at Burgess Furniture. The Walsh chair is the epitome of sophisticated feature seating. Available fully upholstered or with a show- wood shell, Walsh offers high or low back options together with a matching Ottoman. Choose from four different base configurations including swivel chrome and wood stained options to match any bedroom interior. Kevin Walsh comments, “I began my Burgess career as an apprentice back in 1983. It’s such an honour to have a chair named after me, and both my sons, who still work here.” 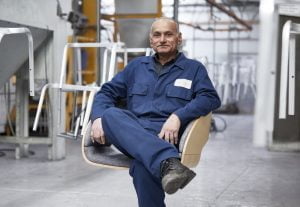 Viram Khunti also has a namesake chair. He is a paintline operator for the company, and started his career in the stores department in 1979. “My first memory of working at Burgess is unloading chairs from a lorry on what was a very cold day,” says Viram. “It’s a wonderful workplace, I’m so delighted to have my own chair.” The Viram chair has five different base options including a castor or swivel base. Viram’s unique rounded show-wood shell is shaped for comfort and style.

Yorath is named after the late Adrian Yorath, Burgess Furniture’s financial director from 1976 to 2000. Designed to be the feature chair of any room, Yorath has a singular base and low rounded shape. With an emphasis on simplicity, the polished 4-star aluminium base is a distinguished finishing touch that complements its easy-access, armless design.

Ryall is named after Terry Ryall, Burgess Furniture’s works manager from 1952 to 2002. A flexible choice for contemporary bedroom styling, Ryall boasts a wider seat for enhanced comfort. Available with three different base options including a chrome swivel base, Ryall’s open, armless design makes it easily accessible for all guests.

Jeremy Burgess adds: “Burgess Furniture will continue to evolve with the changing trends, with our core focus always on strength, quality, peace of mind and customisation for our clients all over the world. We are looking forward to the next 60 years of hospitality furniture innovation.” 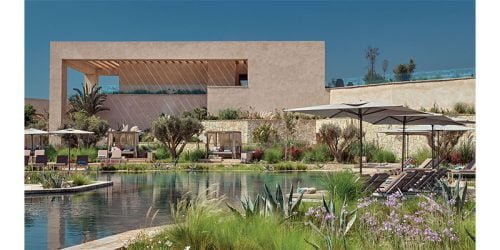