Pixalux adds a customised touch to the ICC, Birmingham

Pixalux LED colour changing panels have been used in the Foyer bar, meet and greet area of the refurbished Hall 11 at the International Convention Centre in Birmingham.  Pixalux is ideal for use in reception areas, function rooms and restaurants areas as add a splash of colour to the walls.

The client was looking for a flexible design on the walls that would enable a bespoke feel and theme as people entered the conference hall. Alison Monteith, Managing Director of Monteith Scott, architectural interior design practice, was originally looking for a slim light box which would allow the hall to change the colour of the panel.  She selected Pixalux LED light panels as they could be made to a bespoke size and the panels were only 16mm thick which meant that the wood and fabric panelling was much easier to integrate into the design.

Derek Matthews, design director said, “Pixalux LED panels were extremely simple to specify and install and this certainly made the project less complicated. The foyer was designed with a neutral pallet of colours and by insetting a Pixalux panel with RGB colour changing facility it has enabled the ICC to add the brand colour of an exhibitor or set the colour to create a more welcoming environment to match the time of day.  Monteith Scott have now refurbished 5 halls and the ICC has stated that reaction to Hall 11 is the best yet.”

The Pixalux panels were installed by MLB Joinery. Luke Burrows, MD stated, ”It was a pleasure to work with Pixalux UK. The design process started in April. We made many changes to the design and Geoff Fairfield of Pixalux helped us every step of the way. Once the final decision was made, we only had 10 days to complete the job. Pixalux pulled out all the stops to supply the panels with an incredibly fast turn-round.  I must say Pixalux is fantastic especially as we have some complicated wiring requirements.   The client wanted to control all the panels in the room from one point which meant we ended up with 5 metres of cable to the power supply.   Our electricians were delighted when everything arrived as discussed. It all worked perfectly without any headaches or dramas which can often happen with other products”.

Pixalux is a totally unique product, as the LED panels are structural with a totally even spread of light, making them extremely easy to work with.   In this project the panels have been supplied single-sided which has increased the brightness of the light.  The panels have built-in diffusers and what clients love is that you cannot see any dots of light from the LEDs.

The single sided Pixalux panels were bonded to the wall, integrating perfectly with the other wall finishes. The only way to fully appreciate the Pixalux LED panel is to see it for yourself. 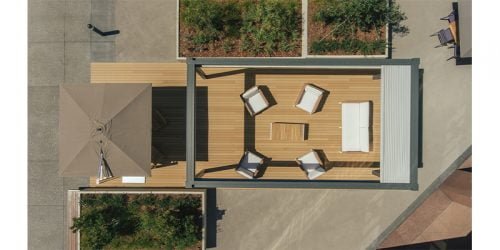 There’s more to Esthec Terrace than meets the eye

The One World Trade Center in Long Beach, California, is a fascinating structure. The combination of... 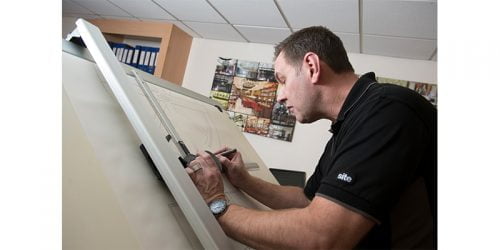 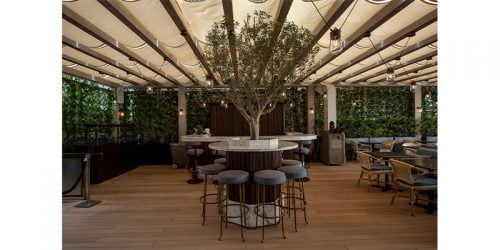 The financial district of Dubai has a nice hotspot: the MINA Brasserie in the Four Seasons Hotel DIF...