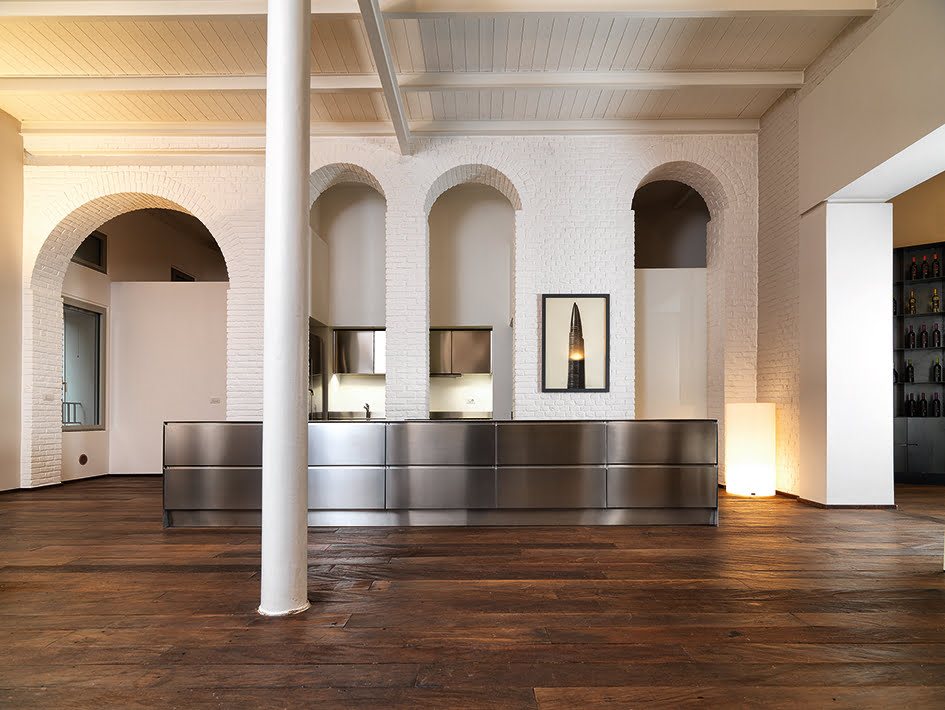 Hidden behind gates and historic front doors, behind 19th Century façades and long busy avenues: Milan, as you know, is a city filled with places that are not immediately visible, with small courtyards and delightful internal gardens, which make it an appealing urban entanglement just waiting to be discovered. The secret is its magic and this is exactly the core concept at the heart of the project for the Suites at Palazzo Segreti, a discrete and intimate venue, which gradually reveals the value of a warm welcome to its guests.

Situated just a stone’s throw from the metropolitan skyline of the Garibaldi neighbourhood, the facility comprises of just seven suites, where all the comforts one would find at home have been embellished by an innovative concept that focuses on the travelling theme. An imaginary journey within the lights, the colour and the visual tactile effects, where every detail and every nook and cranny narrates a leg of the hospitality journey.

The materials used are the genuine stars of this design itinerary and they track and emphasise the pursuit of the unexpected ‘secret’: unrefined cement is found side-by-side with historic decorations, solid wood with the vibrant hues of steel, giving rise to varying antitheses which supplement the charm of this boutique hotel.

The common thread which ties the public spaces with the private ones is the contrast between the materials, which is perfectly visible in the kitchen area, made by Abimis according to the customer’s specific requests. The polished gleam of the AISI 304 steel furniture, a constant in all products made by the company, stands out from the oak hardwood floors and lends the room a sophisticated appearance, almost as if suspended in time. Amid the brick walls, plastered white and interrupted by arched apertures, the measured elegance of the area where customers can relax at the hob is enhanced by the clean and tidy image of the model by Atelier Abimis. The squared, handle-free doors, the slender grooves, the uniform finish and the razor-blade profile worktop in fact lend the whole striking shapes, while the rounded internal compartments make everyday cleaning chores easier.

The key feature in this space is a long rectangular island, which has been equipped with a sink, a hob and an oven: all around it, this feature encourages people to gather and prepare recipes, or even host fun showcooking sessions for small groups staying at the hotel. The refrigerator and larder blocks, which are distributed in a communicating recess, complete the necessary functions and embody the philosophy of Abimis, a brand that has always been interested in creating customisable modules, which can be positioned freely according to individual requirements.

Abimis has furnished a domestic kitchen for a hotel who wishes to appeal to guests in search of a home away from home: a welcoming retreat, where they can nevertheless find their creature comforts.