Under Calabrese and experienced bar manager Christian Maspes, Velvet brings back the theatre to cocktail-making, delighting guests with craft and passion in what Calabrese terms “the music of the shake”. 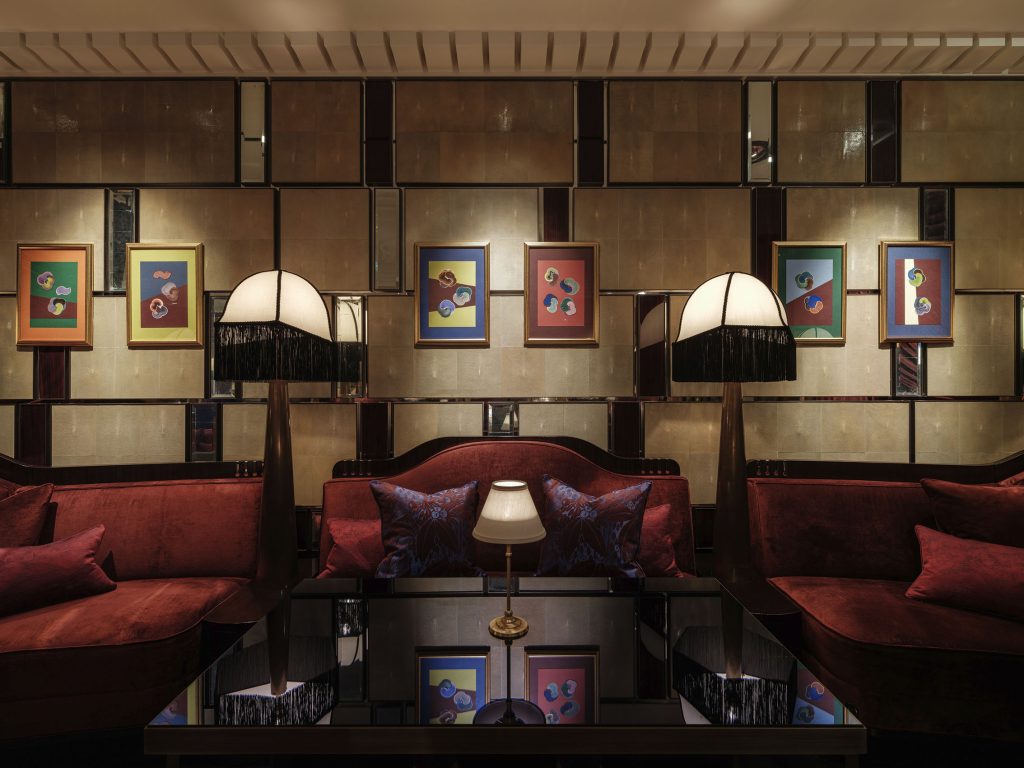 “Corinthia London is such a glamorous hotel, and it deserved a sensational new bar,” enthused Calabrese. “We wanted to celebrate the magic and theatre of hospitality, with a cocktail list of sophisticated classics, that have stood the test of time, alongside modern drinks which are now well-established in the 2020s. Velvet is a seductive, intimate bar that we know has become one of the most desirable destinations in London.” 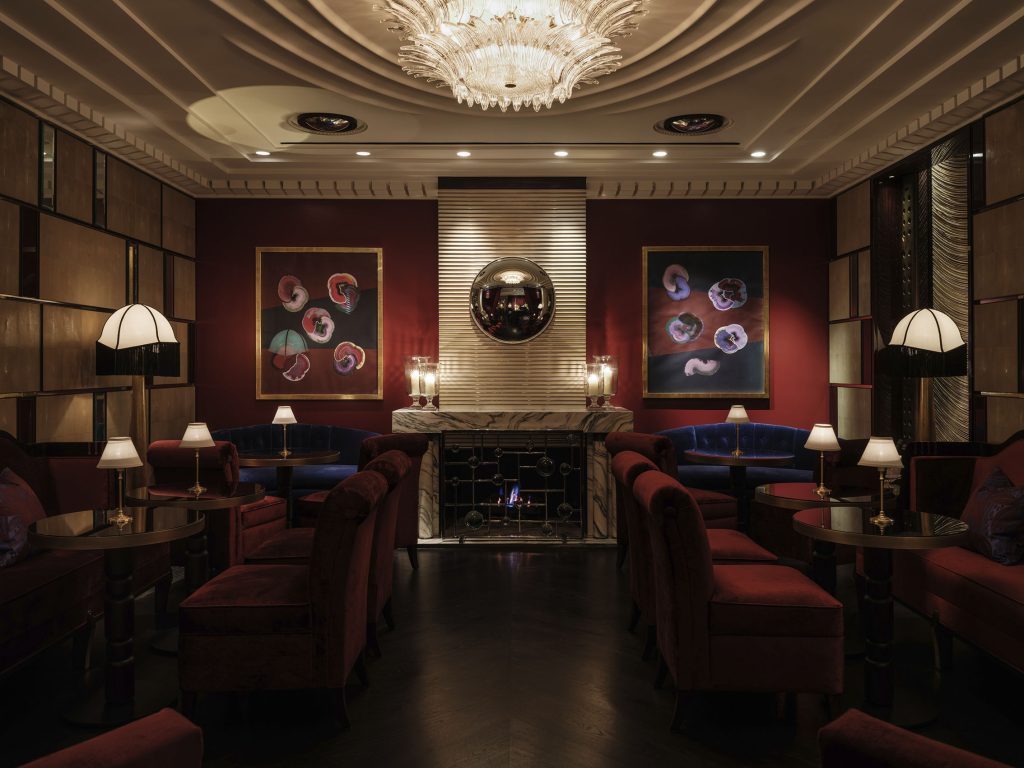 “We are delighted to showcase our new bar Velvet, which celebrates ‘joie de vivre’, with a subtle nod to the golden age of cocktails but with a modern approach as well. Concealed behind rich, velvet curtains is an elegant and thoughtfully designed setting for guests to meet and have fun, and where the lost art of cocktail making is beautifully reimagined,” commented Thomas Kochs, Managing Director of Corinthia London. 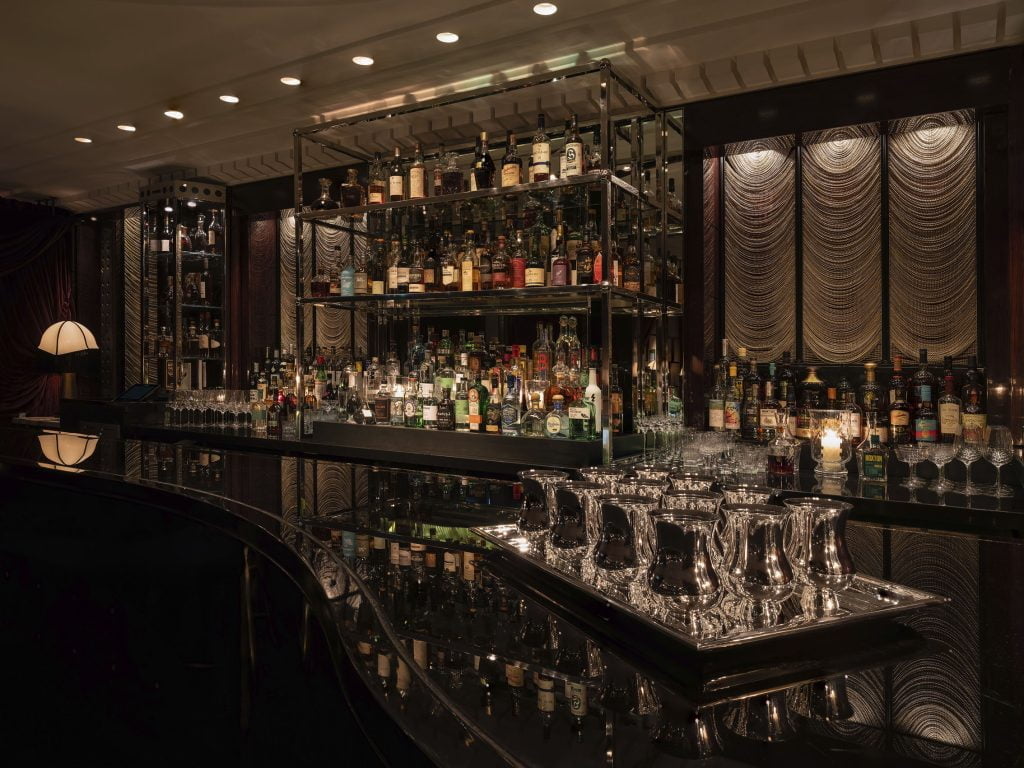 Velvet took the place of Corinthia London’s former bar Bassoon, with reimagined interiors by prestigious designers David Collins Studio. Furniture upholstered in shades of red and royal blue, and deep velvet curtains provides a glamorous feel, alongside convex mirrors, and lavish lighting, as well as commissioned artwork by Robson Stannard positioned either side of a central marble fireplace and throughout the bar.  Both the design and the incorporation of a performance space for live music evokes the exciting style of the early 20th century. 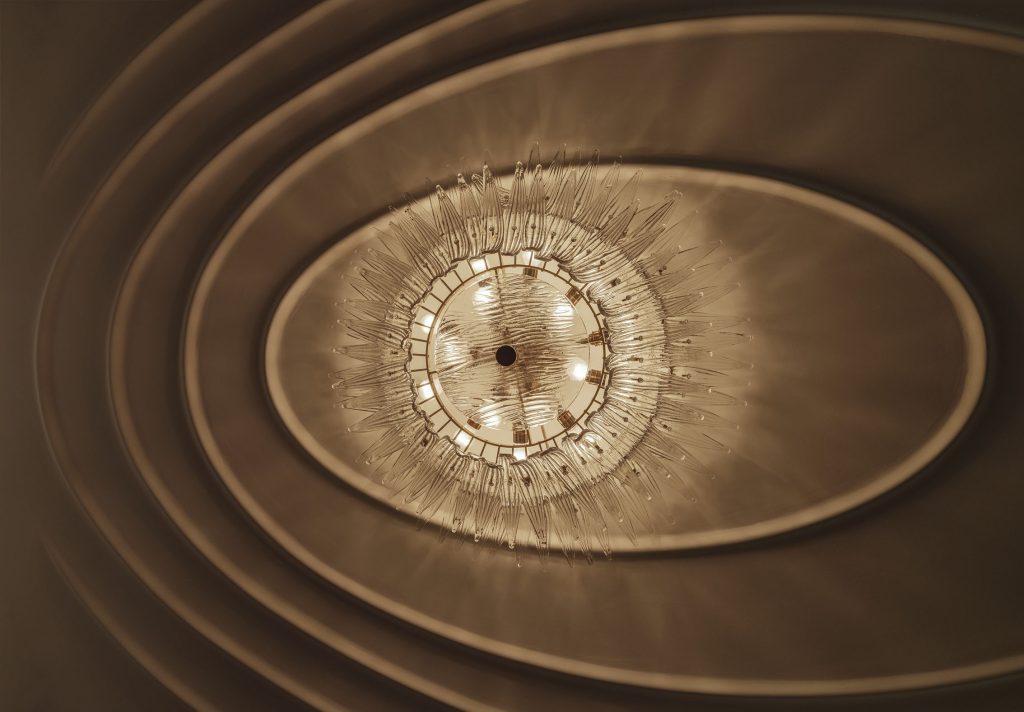 Simon Rawlings, Creative Director at David Collins Studio, said: “For me, Velvet captures the essence of a mood – the spirit of intimacy, extravagance, and secluded indulgence. It’s about a feeling, the discreet excitement through the pleasure of music and cocktails.”

Velvet complements the other prestigious food and drink venues at Corinthia London, including The Garden, Kerridge’s Bar & Grill and The Northall Restaurant & Bar, and confirms the hotel as a key player in the London dining and drinking scene.  Velvet officially launched in November 2022.

About Corinthia London
Moments from The Thames, Trafalgar Square and Buckingham Palace lies a grand, immaculately restored façade, home to the 283-room hotel. From an elegant afternoon tea in the Crystal Moon Lounge or treatments in the award-winning spa ESPA Life, Corinthia London also showcases a variety of gastronomic opportunities, including at Kerridge’s Bar & Grill, The Northall Restaurant and Bar, and The Garden.
Further information on corinthia.com/london

About David Collins Studio
David Collins Studio is the leading and award-winning interior architecture and product Studio that since its inception 37 years ago has developed its own globally recognised luxury ecosystem.  This has been realised through a series of creative project collaborations with its clients, each of whom represents the best in their field.  Utilising its global network of artists, artisans and craftspeople it continually reinvents the concept of timeless glamour.

The ethos of the decorative arts movement underpins the work of David Collins Studio, upon which the design of each project is conceived with a singular concept and delivered with a clarity of vision.

Since its inception in 1985, The Studio has worked across hospitality, residential and retail projects, its portfolio now extending to the maritime sphere, and is always cross-pollinating its multi-sector experience to bring a unique point of view to each project.

The Studio’s instils new narratives within and brings a sense of place beyond the immediate location to, each project through the layering of details, materials and colours, curating a contemporary cabinet of curiosities within each space.

Working with The Studio brings a contemporary relevance and context to listed, landmark and heritage buildings, and comfortable, elegant and finessed designs that are rich in refined details to development collaborations with world-class starchitects across the globe.  The Studio is headquartered in London. 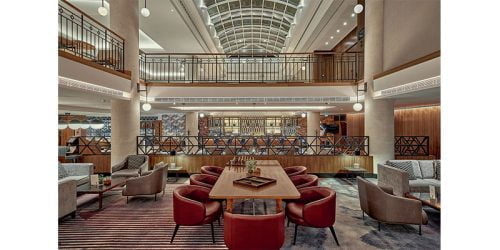