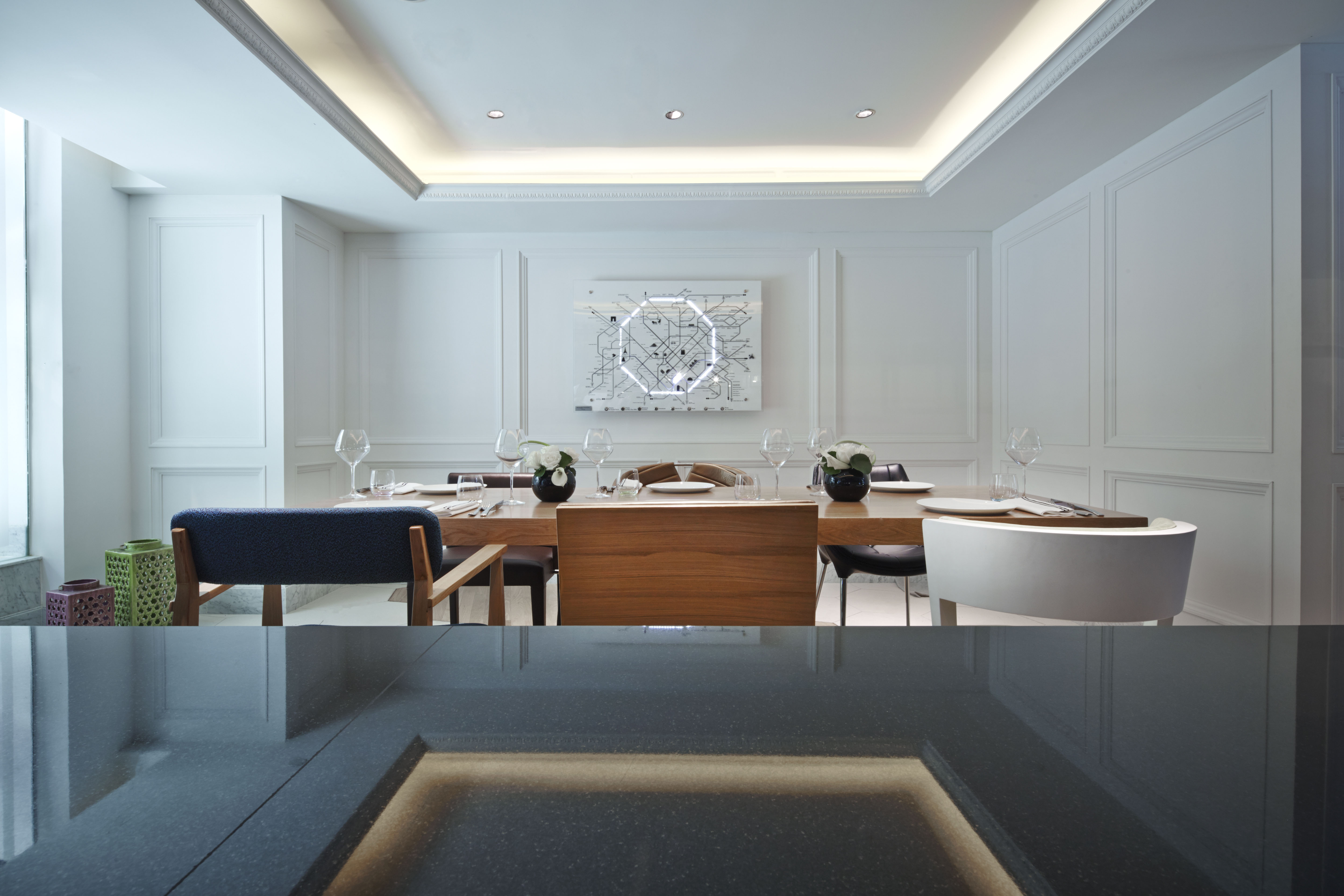 Designed by Singapore’s only French design house, MIAJA Design Group, led by award winning designer, Isabelle Miaja, Sofitel So Singapore was designed with a vision to stand out from the other hotels. Sofitel So digs deep into its DNA by mixing French Elegance with Singapore touches, resulting in a unique experience based on introducing playful luxury to the island.

The juxtaposition and infusion of two distinct cultural aesthetics provided Isabelle MIAJA with an opportunity to be creative, daring and imaginative in her concepts. Working closely with the hotel’s management team to ensure that the design complements function to create a visually captivating product that works for each type of guest.

The Sofitel So comprises of 134 rooms located within a newly constructed So Hip wing and original conservation building dubbed the So Heritage wing. The guest bedrooms were inspired by 19th Century French decadence welcomes guests to high ceilings with bespoke light boxes featuring images of palatial glass domes inspired by the traditional architecture of Europe and modern constructions in Singapore. All pieces of furniture were uniquely designed for the Sofitel So. The desk inspired by 18th century style ‘bureau d’epoque’ to give an element of true empire with modern chairs and the in-room orchid shaped bed headboards, which was a modern interpretation of Singapore’s national flower the Orchid.

The “Kaleido” artworks collection is a collection of artworks that depicts in a series of different pieces, the way we see things, and the idea that we create a vision unique to oneself, the eye can see one image and the mind sees another, creating superposition and new interpretations as well as associations. “Kaleido” brings together, in one collection, Singapore and Paris, seen through the prism eye of Isabelle Miaja.

The first piece of artwork from the “Kaleido” collection is seen upon entering the lobby is a 30 meter high art installation known as “L’Hexagone” and this was a collaboration piece between MIAJA and Lasvit from the Czech Republic. The artwork reflects the hexagon motif of the hotel, and there are hexagonal references throughout it from the “Eight by Six” collection which is a series of images which plays on the Singapore dollar octagonal shape versus the French hexagonal geographical shape to “Prism Collection” which is a series of deconstructed and reconstructed images drawing from constructivism and digital art of heritage and modern buildings throughout Singapore.

In 2012, Sofitel So received one of the highest accolades by receiving a Platinum Certification under Singapore’s BCA Award, displaying excellence in the built environment in the areas of safety, quality, sustainability and user-friendliness.