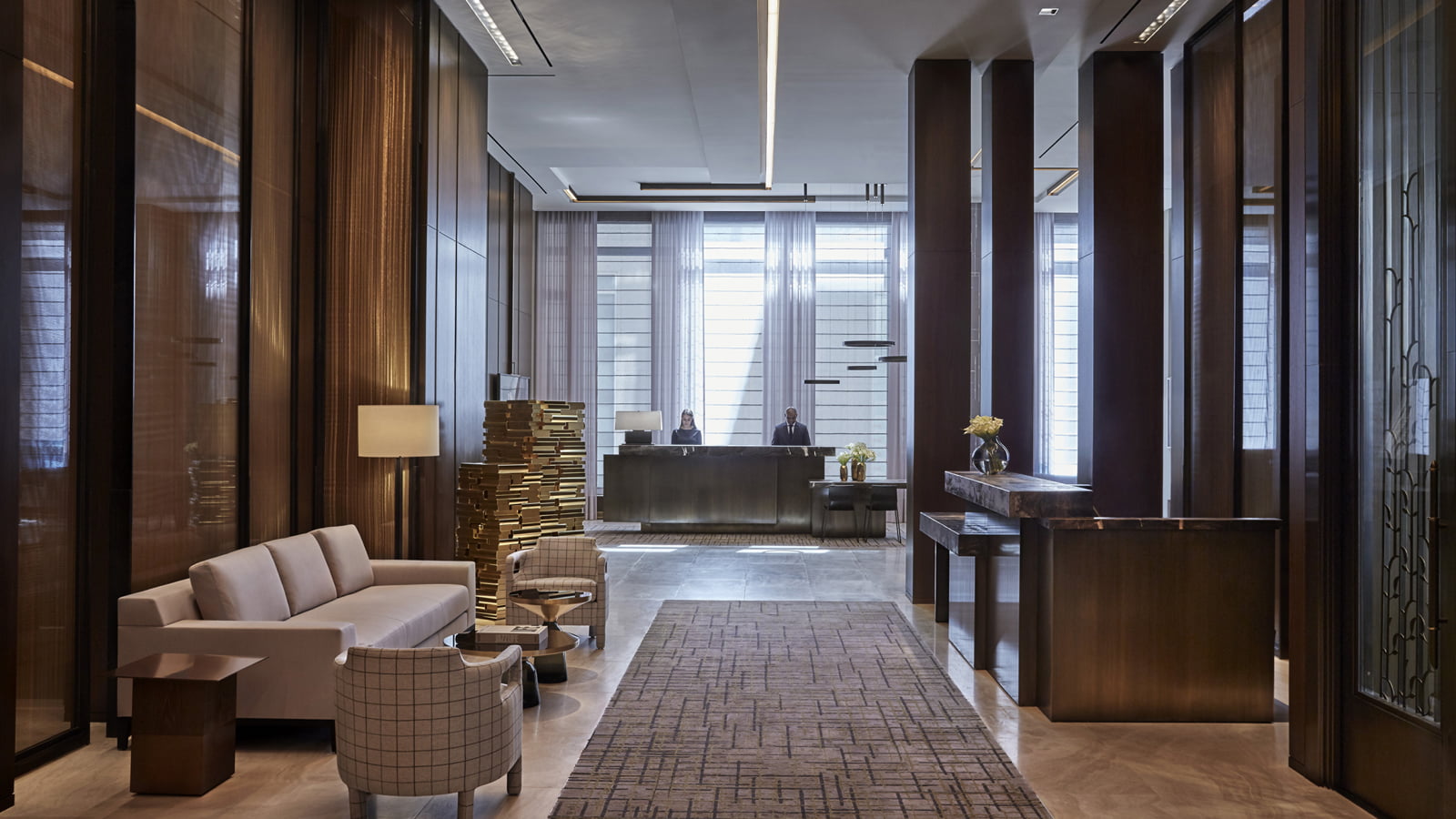 Words that conjure endless excitement – new additions to the arts scene, celebrity chefs transforming the dining experience, pace-setting fashion and soaring architecture, tradition and innovation now exist side by side.

In the midst of it all, Four Seasons Hotel New York Downtown is now open.

“Downtown New York has been reborn as the most vibrant neighbourhood in city,” says Peter Humig, General Manager of the all-new Hotel. “It’s no longer simply a business district. You can feel the energy the minute you arrive, and we are proud to be in the heart of it.”

Four Seasons Hotel New York Downtown is the ideal home base for exploring the new Lower Manhattan. Located in Tribeca, just steps from Wall Street, the World Trade Center and the stunning new Oculus, it’s also close to designer shopping in Soho, nightlife in the Meatpacking District and the relaxed tranquillity of the city’s waterfront.

Manhattan’s chic style is evident in 189 Hotel rooms and suites, designed by Soho and Toronto-based design studio Yabu Pushelberg. The rooms are tastefully appointed as one might find in a private home with light blues, greys and taupes, providing a backdrop to a technologically advanced guest room that is filled with natural light. Marble bathrooms and deep soaking tubs help complete the design elements that one would expect at Four Seasons. Hotel guests can take refuge from the city in luxurious rooms ranging from 400 to 2,400 square feet (37 to 223 square metres) with every need anticipated.

Dining out is a favourite past time for New Yorkers and visitors alike, and there’s always something new to try – including the just-opened CUT by Wolfgang Puck, located inside Four Seasons Hotel New York Downtown. It’s the celebrity chef’s first Manhattan address, seating 80 in the main dining room, 32 in the lounge and up to 31 in a more intimate space off the main dining room.

The energetic pace of the city requires both New Yorkers and visitors to step up their fitness game, and also schedule much-needed time for relaxation. The Spa at Four Seasons is a sanctuary of wellness and pampering in the heart of the city, with results-driven therapies featuring European brands. For the first time in America, Swiss-based Dr Burgener brings a concept that is part rejuvenation, part relaxation backed by study in the science of skin. The Spa is also the only place in New York to experience facials by Omorovicza of Hungary.