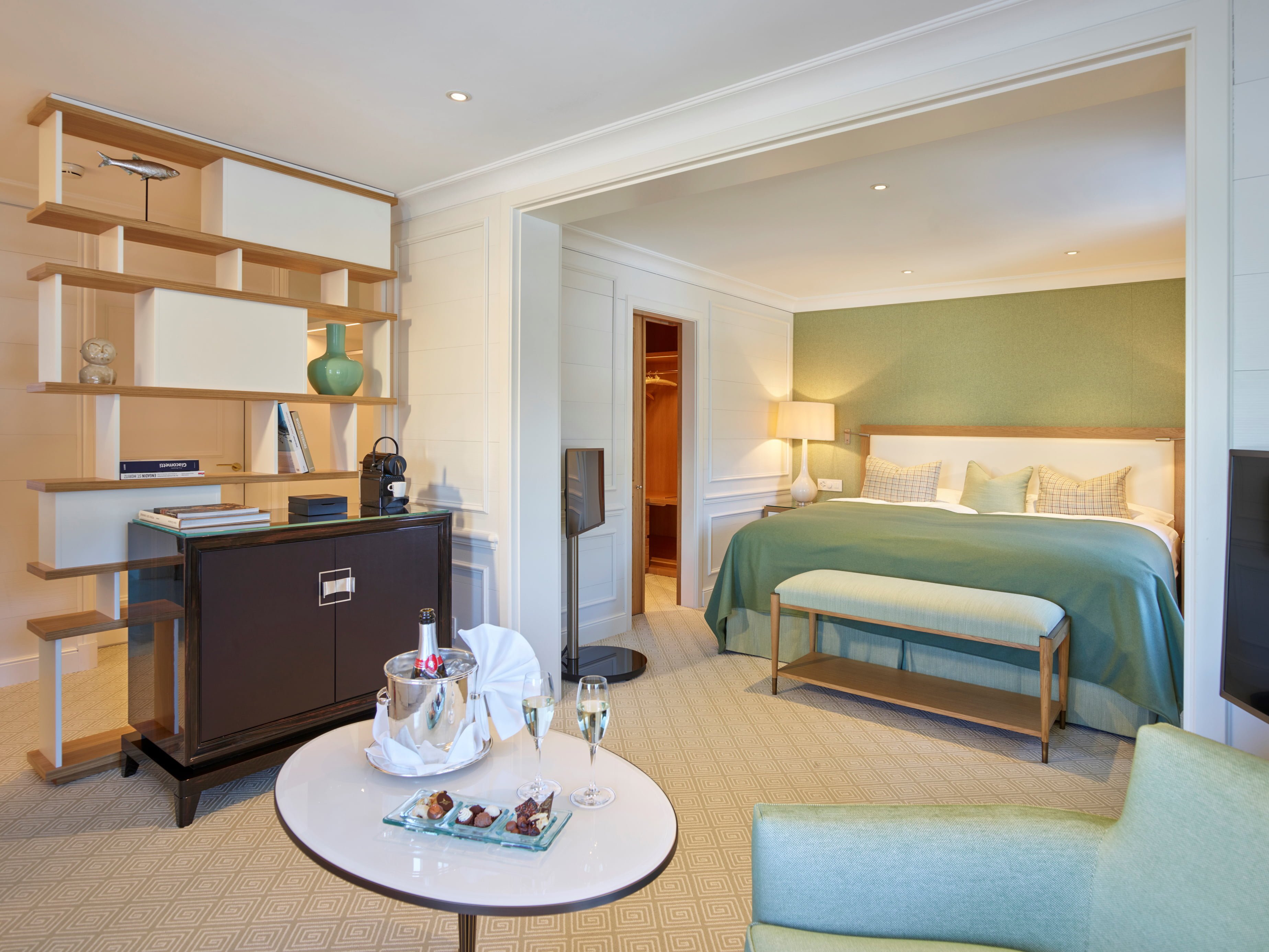 Grand Hotel Kronenhof in Pontresina has unveiled 13 newly-renovated rooms and junior suites by the award-winning French interior designer Pierre-Yves Rochon, who has previously worked with other luxury brands such as Four Seasons Hotels & Resorts and The Peninsula Hotels.

All of the rooms are in the historic part of the hotel, which dates to the very late 19th century, but all have a contemporary feel incorporating calming colours that reflect the local landscape. So, for example, one colourway uses beige and peachy tones that echo the paints used on traditional Engadine houses, while another is predominantly green inspired by the colours of the heavily wooded slopes in the local area. Accents have been created with the use of lacquered pieces (a Rochon trademark) and all the rooms are carpeted in order to reduce noise impact.

The end result is newly-created rooms that provide the perfect synergy between grand hotel style and modern Alpine living, somewhere that regional traditions and international expectations combine to create tranquil, luxurious and light interiors where every comfort is met and guests can completely relax.

Said Pierre-Yves Rochon of the renovation project, “With every new project, I look at the existing architecture, the environmental characteristics, the local people’s way of life, typical materials, etc. I respect the village’s history and its traditions. And then I hope to create something that will amaze the hotel guests that choose and love this property and make them like it even more. The design has to be committed to the needs of the guests and should not reflect the ego of an interior architect.

“And of course there are details that make a stay in the room more pleasant. A practical entry area, comfortable bathrooms with separate showers and toilets, a generous dressing space, the light, the view…  The new hotel rooms of the Grand Hotel Kronenhof are designed like apartments or studios”.

The rooms have inspired a new package called “Rendez-Vous avec Rochon”, which includes three nights’ half-board accommodation, a welcome bottle of Moet & Chandon Champagne, a magical private horse-drawn carriage ride through the picturesque winter wonderland to Val Roseg and a gourmet menu at the Kronenstübli where the specialty Canard à la presse is served, as well as complimentary use of the Kronenhof Spa.