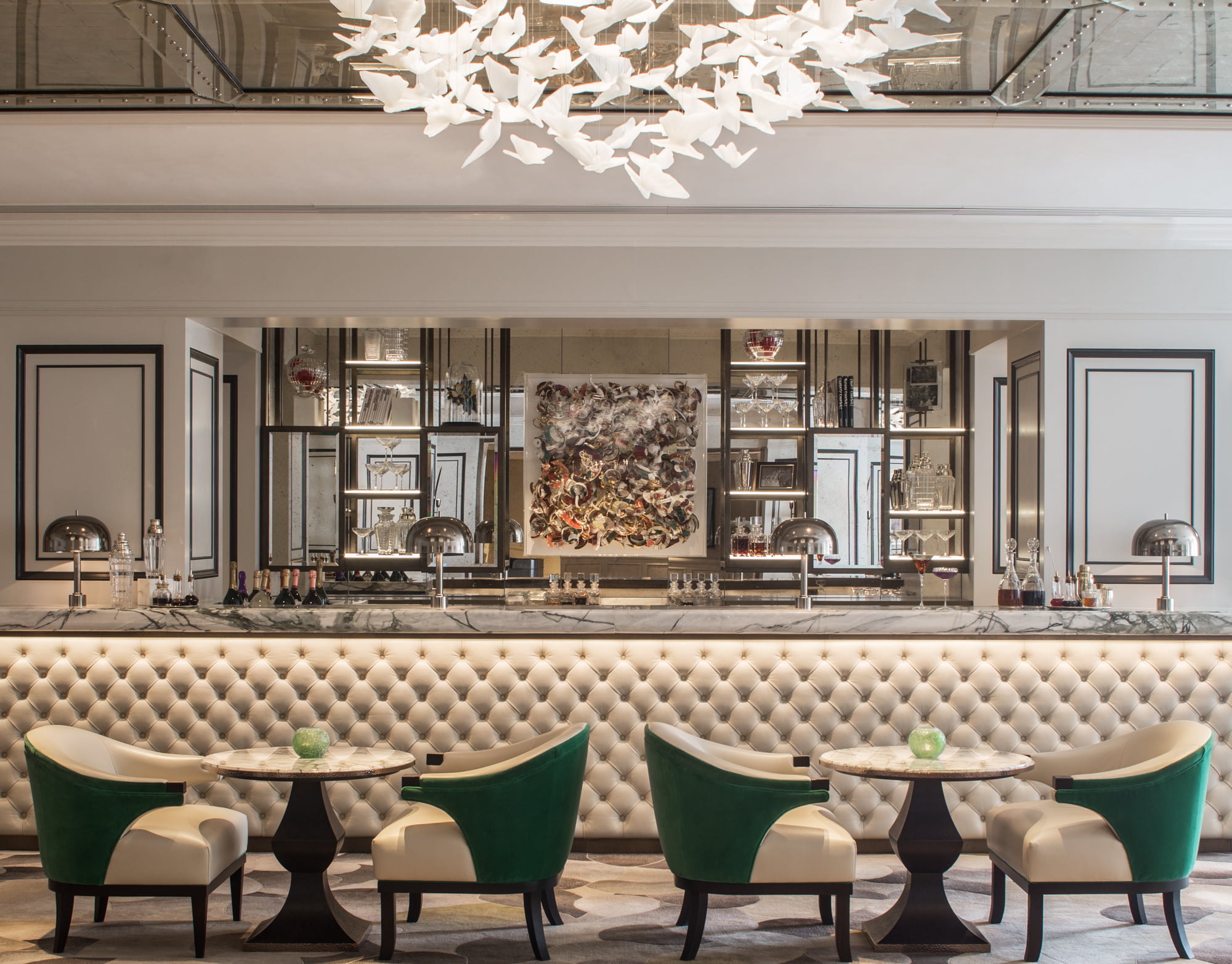 The recent renovation of the public areas of Grosvenor House, a JW Marriott Hotel, aims to open up the interiors so that guests can fully appreciate its position on London’s Park Lane. Hamish Kilburn speaks with The Gallery HBA to find out more…

In 1929, Park Lane’s first hotel opened its doors. Grosvenor House, a JW Marriott Hotel, has since been associated with royalty, international dignitaries and celebrities. Having recently completed what’s being referred to as ‘The Next Chapter’ in the hotel’s history, the spotlight has been fixed as to how the hotel will transform the public spaces.

Exclusive to the hotel, The Great Room, the 2000-seat meeting space that sits below the hotel, is arguably its most known feature, but recent news on the public areas’ new look and feel have given the hotel not just a fresh renovation but also a new identity encouraging guests to explore and be more social.

The new design of the hotel celebrates the rich history and enhances its sense of place next to the green environs of Hyde Park while blending contemporary details with twists on traditional English touches. Elegant interiors created by The Gallery HBA take inspiration from Grosvenor House’s leafy backdrop by referencing the natural world outside. “Marriott wished to reposition the hotel,” says Severine Lammoglia, senior designer at The Gallery HBA. “It’s always been a landmark for London and it was very interesting to work with that history to inspire our design.”

The newly refurbished Park Room is animated with references to nature, including a collection of glass butterflies that forms the central chandelier. “We decided to open the public areas so that as you enter through the Park Street entrance you see all the way through to the park,” explains Lammoglia. The fresh colour palette of sharp greens, greys and cream complements the pale oak herringbone floor, Damasco White marble bar and table tops, and luxuriously upholstered sofas and chairs.

The room’s design is artfully accessorised with books and ornaments that hint at the hotel’s flamboyant past, including the moments when Grosvenor House’s de Havilland won the most spectacular air race from England to Australia in 1937 and debutantes danced at Queen Charlotte’s Ball in The Great Room.

The Ballroom, not to be confused with The Great Room, has been inspired by the hotel’s former ice skating rink on which Her Majesty The Queen once learnt to skate. Here, the carpet depicts a pattern suggesting grooves cut through the ice like the swirls of a skating rink. Together with the Ballroom, the hotel’s meeting suite, 86 Park Lane, has been refurbished to create Mayfair’s newest meeting and events space, offering twenty flexible rooms.

Following the completion of 40 guestroom suites as well as the Royal Suites, the latest refresh of the public areas marks the affirmation of Grosvenor House as amongst the finest on Park Lane. The next stage will commence early 2017 when the guestrooms are expected to see a transformation of their own. Further details about which design firm will helm the refurbishment are yet to be released.