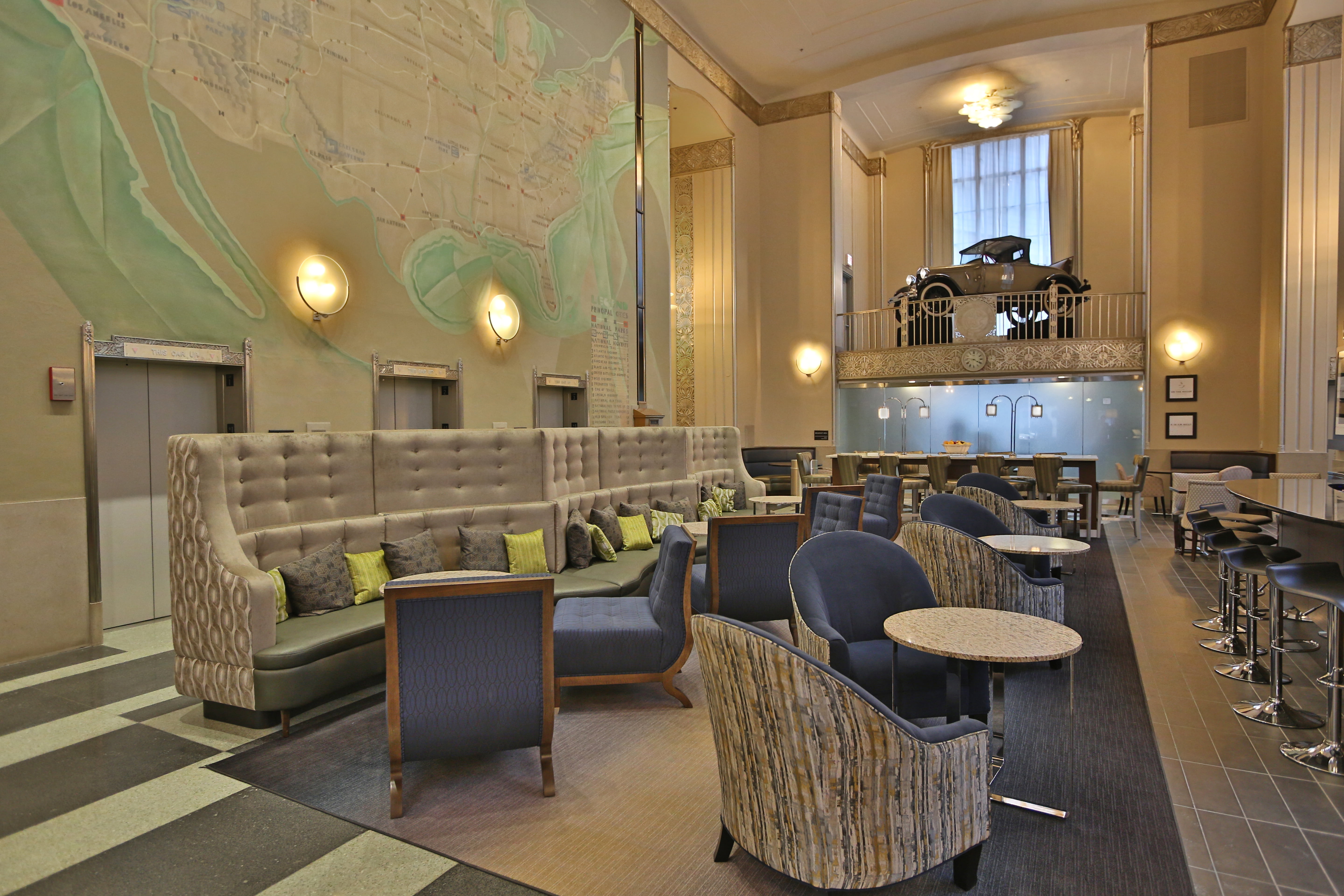 Long considered one of the city’s finest Art Deco skyscrapers, the Chicago Landmark building was designed by Holabird and Root to house the Chicago Motor Club. The hotel has since completed a major renovation paying homage to its mechanical roots. It served as the original American Automobile Association (AAA) affiliate’s headquarters. After 1985 it became an office block and in the 2000’s, the building fell out of favor with commercial tenants, and turned vacant – facing demolition.

Just in the nick of time, Hampton Inns, part of Hilton Hotels and Resorts – along with The Gettys Group – saved the building and had plans to convert it into a downtown hotel.

Many of the remaining historic elements of the building were restored, including silver-leafed plaster ornamentation of animals and floral motifs; and the centerpiece of the 33-foot-high lobby – the 29-foot-wide mural of popular road destinations by artist John Warner Norton.

Image caption: The lobby area has been painstakingly crafted to reflect a relaxing vibe, while paying homage to the building’s prior role as the original American Automobile Assosiation (c) 2015 Hampton