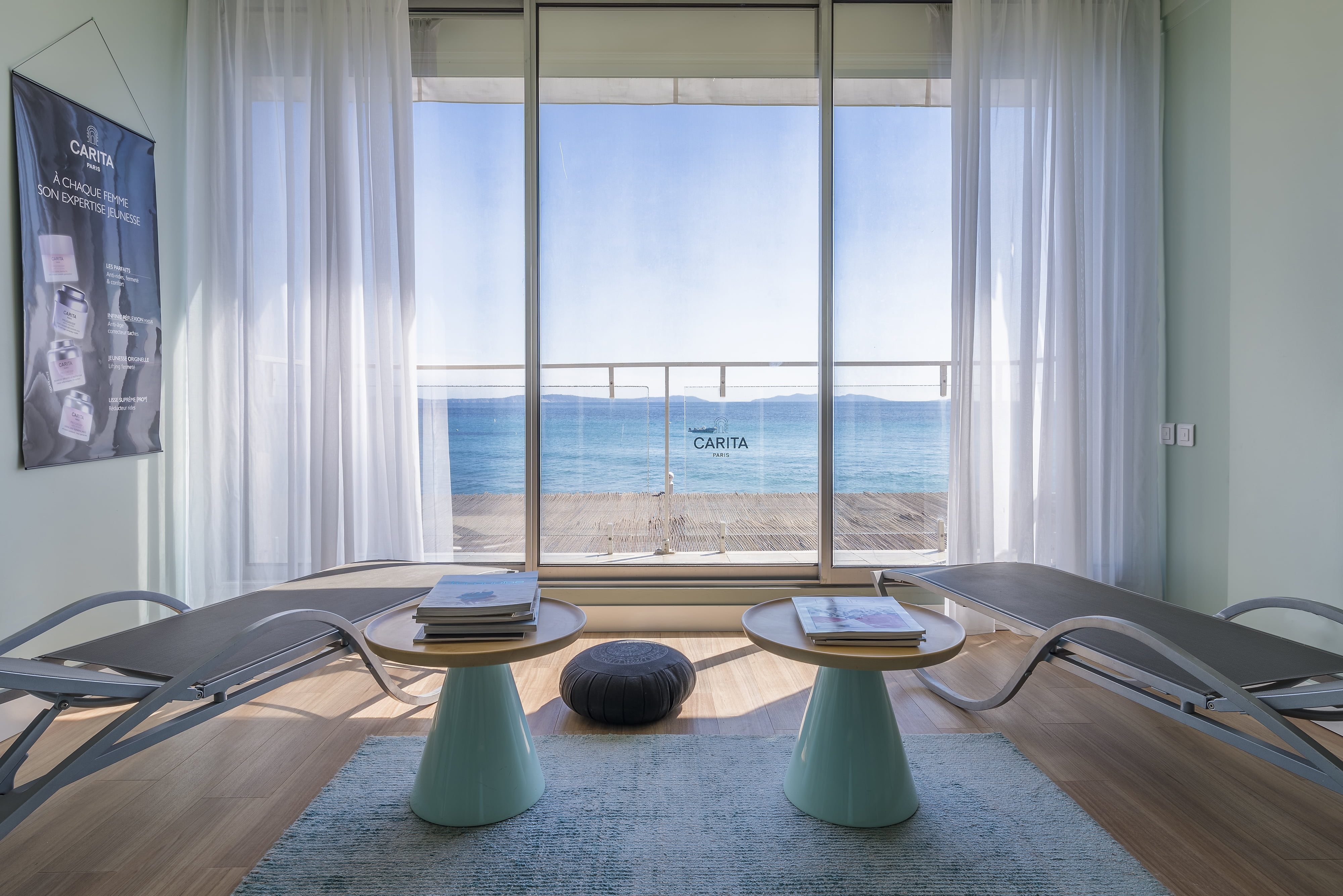 Offering an escape from the excitement of the neighbouring town of St. Tropez, the Hotel Le Bailli de Suffren is currently under renovation with its re-opening this May. Surrounded by lush vegetation and the crystal-clear Mediterranean, this four-star hotel not only accommodates guests in search of unique landscapes, but has something for the epicures as well with its three charming restaurants…

The Hotel Le Bailli de Suffren is tucked away in one of the most well preserved bays of the Gulf of St. Tropez offering a breathtaking view of the Mediterranean. Surrounded by lush greenery, the hotel benefits from an unobstructed view of the Golden Islands, which are just 30 minutes away by boat. This luxury hotel has managed to preserve its authenticity while highlighting its elegant and modern decor.

François Champsaur, an interior designer from Marseille, spent six months perfecting the hotel’s décor down to the very last detail. The hotel, which enjoys a panoramic view of the sea, has been transformed offering 55 spacious rooms of different categories, all with either a balcony or terrace that opens up to a view of the Golden Islands.

François Champsaur found inspiration in the distinct geographical aspects of the hotel: its border with the Mediterranean, interiors bathed in natural light and pristine natural surroundings. The hotel is also a stone’s throw away from the Jardins du Rayol, a wonderful botanical garden and arboretum of Mediterranean plants.

Champsaur wanted to bring the spirit of the south to this classic 1960s-1970s waterfront edifice nestled between the rocks by mixing different materials like wood, terracotta, ceramic, cotton and wicker to create a gentle, poetic ambiance.

François Champsaur wished to give each guest the impression of being on the open sea, gazing upon the horizon where the blueness of the sky and sea intertwine. Each room is centred on the seafront view, which can be admired from the bed, shower and even the bathtub. The bathroom design in wood evokes a rustic cabin feel, while the bay window overlooking the terrace gives an astounding view of the horizon.

The blue ceiling echoes the blue outdoors, while a wooden frame around the large window accentuates the view of sea. Large, white cotton stonewashed curtains softly filter the light and add a refreshing touch to the room. The big, bright royal blue custom-made armchair, colourful laminate coffee table and artwork of young artists on the walls perfectly compliment the blue ceiling. The terrace features two Vincent Sheppard chairs and two 1950s retro coffee tables creating the perfect environment to relax. The hotel’s reception desk is made from solid wood with enamelled lava stone legs and the terracotta plantation shutters, designed by pottery manufacturer Ravel, offer shade in front of the large bay windows.

With its bright and elegant environment, cosy atmosphere, spa overlooking the sea and private beach, this hotel is one of the most emblematic locations of the region. The quality of its services and unique surroundings create a soothing, peace-of-mind oasis for each guest.

The Hotel Le Bailli de Suffren offers a gourmet experience that attracts all admirers of the region with their three elegant restaurants that are sure to please even the most gourmand.

The “Loup de Mer” is a chic but down-to-earth bistro with an enviable terrace that faces the Golden Islands.

The Mediterranean dishes served are lavish, refined and local filled with the vibrant flavours of Provence. Offering culinary diversity, Chef Stephan Demicheli uses choice produce from the local market in all of his specialities.

This dining experience offers an artful balance between the land and sea.

For the interior design, François Champsaur chose to use simple and natural materials such as planks of redwood and pine painted in white, folding tables, wooden chairs with linen seat upholstery and colourful cotton cushions covering the banquettes in “admiral blue”.

The restaurant “La Piscine” overlooks the hotel pool and offers a refreshing and casual atmosphere with a delicious and innovative snack bar.

Lastly, the bar-restaurant “L’Escale,” located on Rayol Beach, offers a Mediterranean menu with an emphasis on seafood dishes. Against a backdrop of pastel-coloured beach décor, this beach restaurant is open for lunch from May to September and for dinner in July and August. The sound of the waves crashing on the shore compliments the continuous flow of each course, creating an ambiance of tranquillity.

Hotels are often places that tell a story – and while Hotel Le Bailli de Suffren certainly tells one, it is also a place of encounters. It is a place open to all, where anyone can have a drink at the bar in the evening. One of the first things François Champsaur did when renovating the bar was remove the second floor to create double-height ceilings. The combination of this with the large high-hanging terracotta trellised panel, designed by Patricia Urquiola, creates an inviting and cosy ambiance. The bar’s counter is a mix of terracotta and colourful enamelled lava stone. 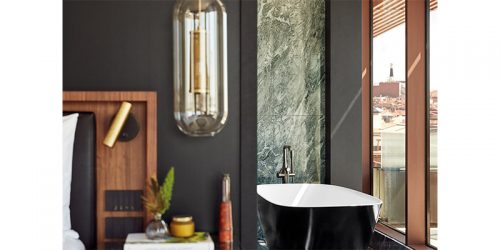 The opening of the first Thompson Hotels branded property in Spain marks a significant milestone for... 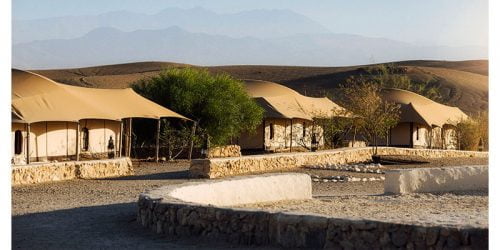 Habitas extends its global footprint with the launch of Caravan Agafay. marking its first location i...