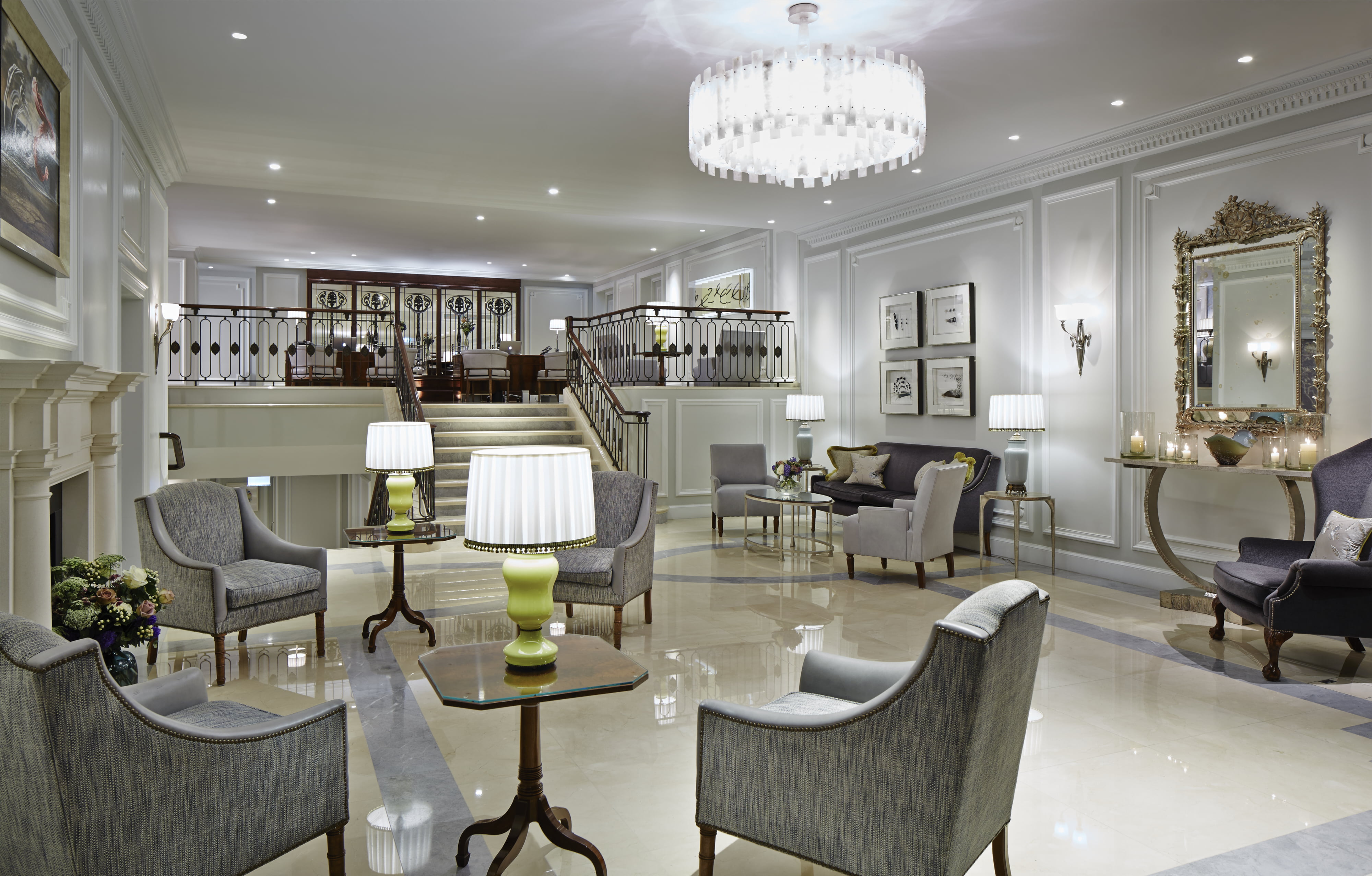 After completing an extensive renovation in June 2015, the award-winning London Marriott Hotel Park Lane celebrated the official re-launch of the hotel, which sits on one of London’s most prestigious addresses. Hamish Kilburn investigates…

25 June 2015 marked a significant moment in the hotel’s history. Throughout a yearlong refurbishment London Marriott Hotel Park Lane proudly remained open and fully functional – which isn’t an easy task for the staff of the hotel who were expected to preserve the Marriott’s impeccable and award-winning service. Having completed the renovation process, General Manager of the hotel, Nicolas A. Kipper said, “Staying open became a great asset to keeping the excitement of the project alive because we have been able to reveal the hotel in stages. For a few weeks we kept one corridor with both the old and new design to show to guests how different the new look is, which kept them intrigued.”

Housed within a grade-II listed building designed by Francis Verity, the renovation had to resonate the historic roots of the hotel as well as its location, while introducing modern amenities and convenient technology throughout.

Work was carried out by leading hotel interior designers RPW Design that spent meticulous attention to detail on the project in order to ensure that the hotel, once again, stands as a leading hotel of choice in the competitive Mayfair district.

During the re-launch event, Kipper said, “RPW have done an excellent job and we are very grateful. The renovation has kept a very English heritage and [RPW Design] have created an elegant space, which compliments the hotel’s location.”

Surrounded by soft-dove tones, the entrance lobby welcomes guests into the warm, large and inviting space. A subtle and personal check-in service located at the top of the stairs is a fresh, modern and stress-free way for the hotel to welcome its visitors. Completely individual to the hotel, the lobby area now features its very own shoe-shining service, The Jaunty Flaneur, which is an indulgent touch enhancing and reminding guests of its Mayfair roots.

A total of 152-highend luxury residential rooms and suites are comprised of 73 deluxe rooms, 26 superior rooms, 25 executive rooms, 19 junior suites and nine premier suites. A staggering 1,000 tonnes of Italian book matched marble was used to renovate the bathrooms. It was this that posed the greatest challenge for the hotel during the renovation process. Kipper explains, “As the marble is book matched it had to be cut in large slabs and brought down the Italian mountain where it was sourced, and the harsh weather conditions caused severe delays. Thankfully the marble made it safely to London and the final result is something both myself and the designers of the project, RPW, are extremely proud of.”

The rooms provide stunning views of the city from an elite prospectus. Views that span across Hyde Park, Park Lane and Oxford Street are few and far between in the city, but London Marriott Hotel Park Lane offers just that. Its prestigious positioning inspired the hotel’s renovation, which is why the project to revamp, modernise and polish the hotel’s interior was of such importance in order to continue to exceed guests expectations.

As well as the hotel priding itself as one of Mayfair’s finest, the property also offers some of the finest culinary experiences in the heart of London. Lanes of London offers a fine British menu in a suitable and fitting setting.

Upon entering, guests are greeted by a glowing fireplace, flanked by a host of bevelled mirrors and an array of candles.

Several leather lounge chairs and ottomans around the fireplace is an inviting addition. The experience is further dramatised by grey-velvet curtains that adorn the bar and restaurant, which add both excitement and entertainment, while reflecting Britain’s proud theatrical tradition.

Elsewhere in the building a new type of culinary experience is available. Brining east London closer west, perched on top of the hotel is a bar like no other in the surrounding area. Roofnic takes the concept of rooftop bar and merges it with a picnic impression. Much like the neighbourhood bars of Shoreditch, the outside plot welcomes guests to a contemporary atmosphere and allows them to relax in an urban retreat. The bar is open to the public and its entrance is located on Oxford St.

Forward-thinking staff inspired the story of Roofnic. Kipper expands, “Having won the $40,000 funding, Ashley Dawes, the General Manager of the hotel’s restaurant Lanes of London, and Stacey Plaine, who is our Senior Marketing Executive, led the project to transform the unused space into a brand new outlet.”

The hotel has celebrated the end of the renovation work on the Lobby/bar area, guestrooms and even a rooftop bar. So what’s next? The hotel is expected to release plans for The Club, which contains a steam room, gym and swimming pool. Mayfair, We are delighted to reintroduce you to London Marriott Hotel Park Lane.