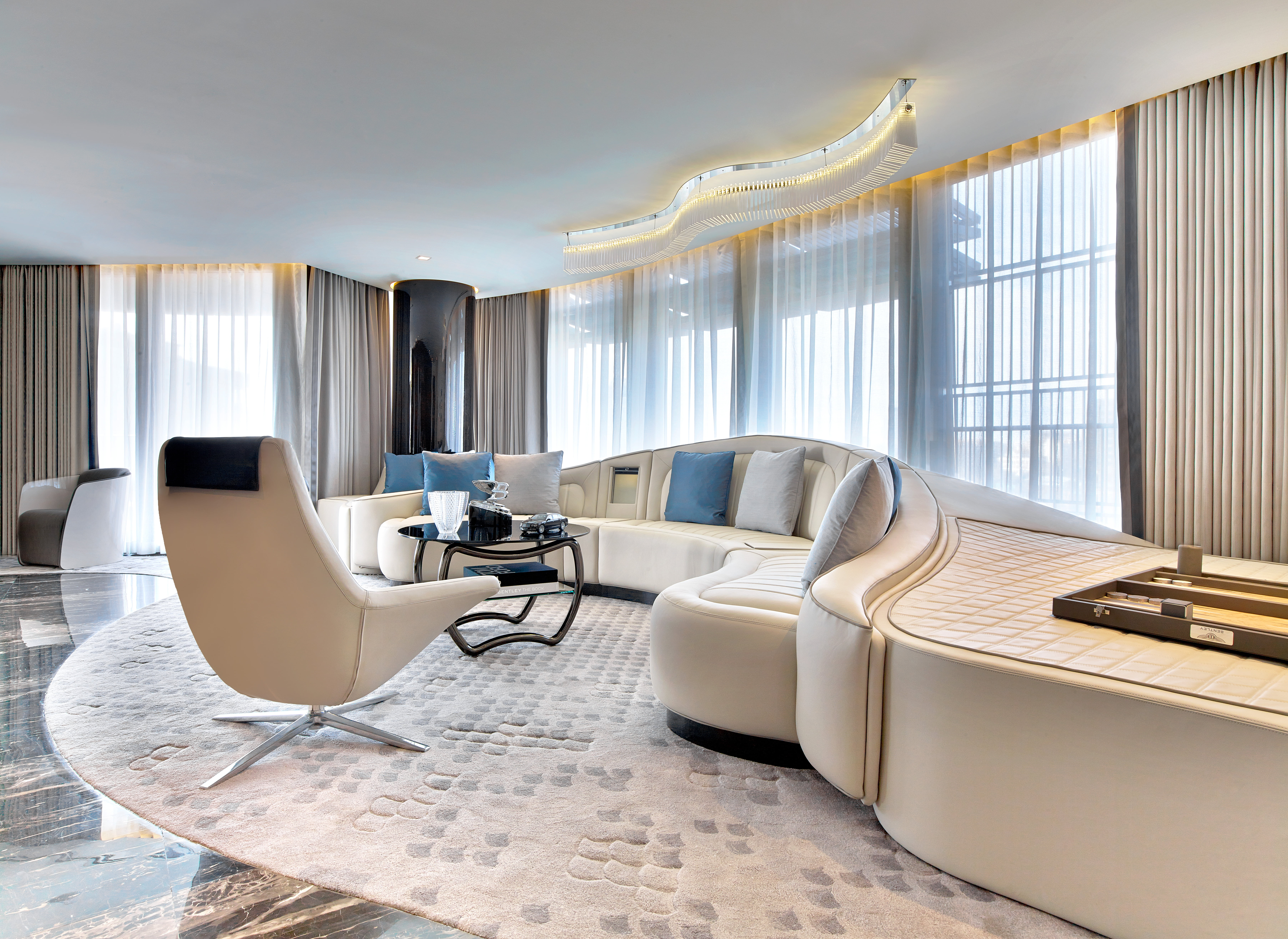 Since the birth of The Republic of Turkey, Istanbul has continued to grow into a popular destination for tourism (up by 6.2 per cent in 2014) and with GDP expected to rise to 3.7 per cent in 2016, it’s also a rising international business hub.

With its culture buried deep in the foundations of the city, St Regis is leading the trend by opening its debut luxury hotel in Turkey.

Located in the sophisticated Nișantași neighbourhood on the European side of the bustling city, the hotel has found familiarity among chic designer boutiques, contemporary art galleries, extravagant dining experiences and entertainment venues. The five-star hotel offers supreme luxury and style in the dynamic gateway city, which seperates East and West Europe. With its rooftop restaurant, lounge and exquisite suites, the hotel creates an indulgent environment that is steeped in rich Turkish culture. Istanbul is a global hotspot in hotel design, so it’s no wonder hoteliers are opening properties in the area. “The city’s ability to reinvent itself across the centuries has helped it remain relevant and appealing to people across the globe and, nowadays, manifesting a kind of hyperactivity – even a sort of delirium – the city is prone to bright ideas, new projects incessantly.” explains Emre Arolat Architects.

The developer of the hotel, Demsa Group, is well known for working with luxury brands such as Tom Ford, Lanvin and Michael Kors and introducing them into the Turkish market. Extending its creative arm beyond fashion and retail, Demsa Group agreed with Starwood Hotels & Resorts to bring St Regis to Istanbul.

Imagined by award-winning Turkish architect, Emre Arolat, the hotel channels 1920’s art deco allure, unified by its contemporary Turkish art and luxurious features. The interiors feature key design motifs from the 1920s era that are borrowed, interpreted and adapted to be intertwined with current design tendencies.” says Emre Arolat Architects. ” The relationship of the building with ‘place’ and ‘context’ becomes an important feature in defining the conceptual framework of the exterior envelope and the interior articulation.”

An asymmetric-hanging chandelier, ‘Supernova’ was designed by Lasvit and is made up of 343 glass panels pieced together to create a cloud-like sculpture that blankets the reception area in a warm and iridescent glow. Featuring au courant furniture as well as a superlative high-gloss veneer-wooden cabinet wall accentuated with bronze and bevelled glass the lobby is grand and spacious. Showcasing a curated selection of objets d’art, the cabinet wall takes inspiration from traditional display cases that were commonly found in Turkish homes at the turn of the 20th Century. This element is also blended into the design of the guestrooms and suites, where it appears as part of a buffet, which serves as a minibar.

Neutral tones of fresh Art Deco is seen throughout the hotel’s interiors: Mocha-leather wall coverings, walnut panelling and burnt bronzes niches “the colour of a thousand sunsets,” says Arolat. The tactile-silk chandeliers and extensive use of Marmara marble emulates earthy tones. The St Regis Istanbul has 118 elegant rooms and suites, each containing floor-to-ceiling windows that overlook the scenic Macka Park and Bosphorus river.

Arguably the most bespoke area of the hotel, The Bentley Suite has been created in partnership with the world’s premier maker of luxury automobiles, and is the only area of the hotel not designed by Arolat. Instead, Wimbley Interiors draws inspiration from the Bentley Continental GT model, designed for the modern fanatic of luxury and performance. The suite features hand-crafted finishes throughout, capturing the refined style and luxury associated with the desired experience of sitting behind the wheel of a Bentley.

Guests enter through a beautifully crafted foyer with impressive mirrored ceilings and a marble floor inset with subtle details that reflect the Continental’s wheel design. Expansive glass windows envelop the space as guests lounge and entertain against a beautiful backdrop of Istanbul’s iconic sites.

Crafted in bespoke Bentley leather, a built-in sofa anchors the space and follows the strong curves and lines of both the suite’s architecture and the interior itself.

Special elements of the Bentley suite include a rug that captures the exquisite detail of the car in wool and silk with an abstract interpretation of the automobile’s iconic matrix grille; custom-made humidor and handsome his-and-hers jewellery boxes crafted by Bentley; large day sofa specially equipped with two champagne bottle coolers; and Bentley Home chaise in the bedroom.

Among the three dining choices is the hotel’s signature restaurant, Spago Istanbul, which gives guests a culinary rooftop experience. The dark ceiling and organic-grey marble walls are effortlessly balanced with thoughtfully positioned spotlights and light-orange strips, which both compliment the art deco inspiration and transform the space into a modern and welcoming environment. Guests are able to step out onto the exposed, yet intimate balcony to take in the stunning views of the city below.

If the beautiful views across Istanbul aren’t enough to keep guests undisturbed, the hotel features the Iridium Spa, an abode where one can truly unwind in the tranquil setting. With seven treatment rooms, sauna and steam room, the spa has been crafted to give time back to its guests with a bespoke range of spa treatments.

Leading hotel trends with the St Regis, Istanbul, Emre Arolat Architects took on the challenge to blend a hotel into a bustling area of a popular tourist and business city.

says a spokesman, “As for St Regis Istanbul, we can talk about this authenticity in terms of the very special district its located in and the rich social environments surrounding it. In this respect, one of the aims in this building was to bring vibrancy from the streets below, inside the property, reflecting its urban surroundings.”

The St Regis Istanbul combines the city’s classic history with a touch of modern qualities. With its latest addition to the family settling in comfortably to Istanbul and marking the entry of St Regis in Turkey, as the brand expands, its signature sophisticated design and flawless attention to detail continues to evolve. 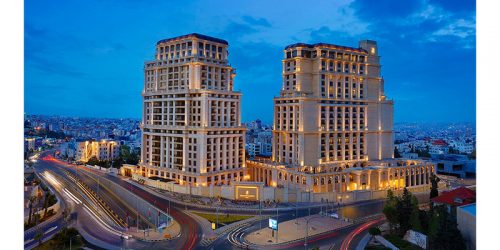