Located in the oldest part of Bolzano’s historical center, Stadt Hotel Città has the feel of an elegant middle-aged gentlewoman waiting to be invited for a waltz. She knows all the steps. She’s intimately familiar with the music. All she requires is a sure hand to lead her to the center of the parquet floor so that she can shine once more. And when all eyes are trained upon her, she’ll be as cosmopolitan and dazzling as she was before, the center of attention.

Birra FORST and Podini Spa: Renowned even beyond regional borders, these two South Tyrolean family-owned companies have joined forces to pursue and attain an ambitious goal. Giovanni Podini, fascinated by the history and architecture of the building, suggested to Cellina von Mannstein that they restore the historical Bolzano hotel to its former glory.

The two families have a longstanding friendship and know they can count on mutual appreciation, shared principles and values. A brief conversation and handshake were all it took for them to come to an understanding and embark on this new venture together. 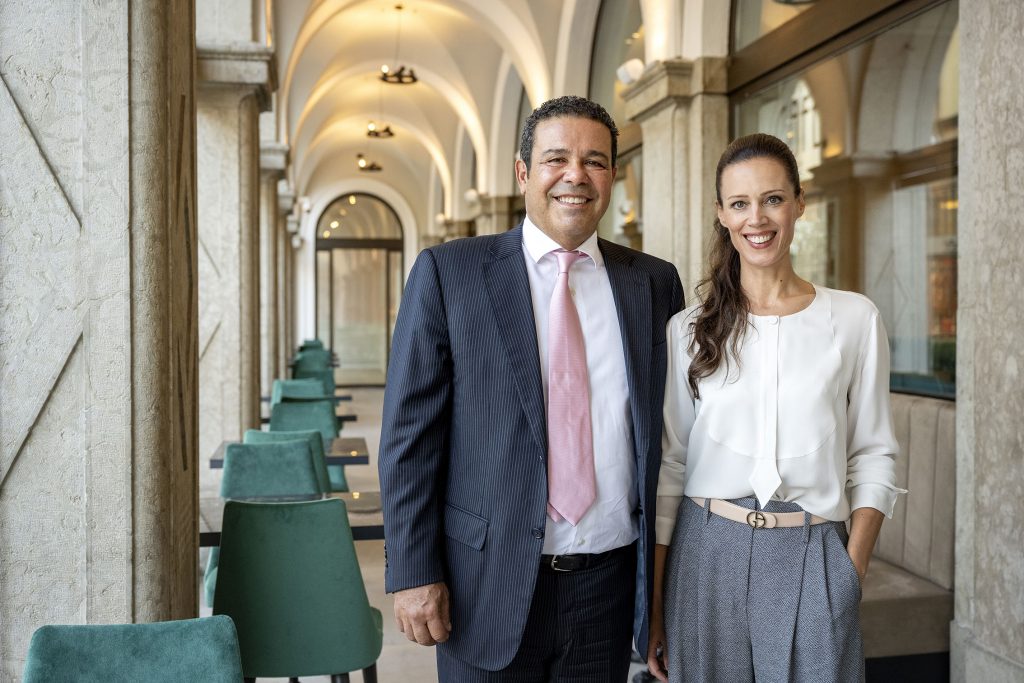 As they discuss their new project, Cellina von Mannstein’s eyes light up. Before entering the family enterprise 15 years ago, she was an internationally renowned photographer; today she represents the fifth generation of the proprietor family. “Art is a wonderful thing, but walls are strong – you can rely on them. Walls speak to us, and give us some of their strength in return,” she adds. In refurbishing the Stadt Hotel Città, Cellina von Mannstein has combined her artistic self with a return to her roots.

Her entrepreneurial vision, creativity and international expertise perfectly complement Giovanni Podini’s pragmatic, managerial attitude. “Our sometimes diametrically contrasting points of view and differing aesthetic sensibilities reinforce each other,” they say, with a wink. Contentious positions are discussed openly and respectfully, and it is out of this process that wholly new impulses for the future of the hotel have emerged. 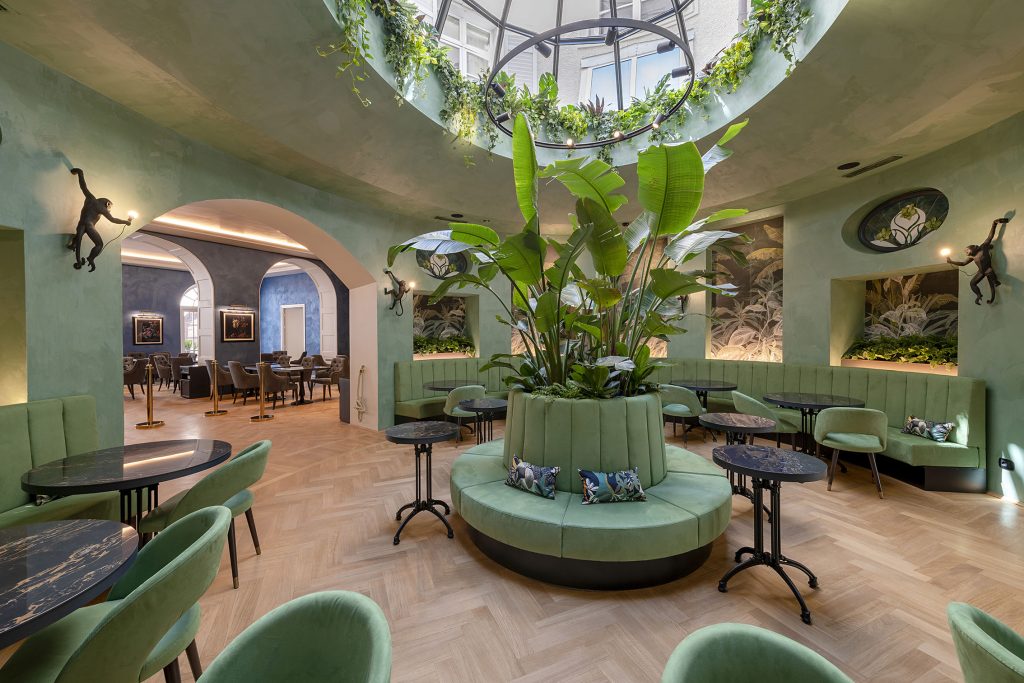 One thing they have in common is a passion for travel and a wealth of experience in many hotels around the world. “Here, too, the eyes have their part to play,” says Cellina with conviction. This is one of the reasons why she dedicated, together with Giovanni Podini, countless hours to choosing the colors for the new hotel interiors: colors and scents are enduring memories for the senses!

And whereas Giovanni prefers the warm tones of the Moroccan sand dunes, Cellina looks out of the window, gazes at Piazza Walther, and takes in its colors, such as the many shades of green on the cathedral roof and the antique pink on the hotel facade. “The interiors will be colorful. After all, even at the end of the nineteenth century, each hall was a different color.” On this, they are both in full agreement. Today, the interior of the Stadt Hotel Città shines in a color palette ranging from iridescent jungle green to tropical green, sage, teal and the enveloping midnight blue of the brasserie.

Beyond the highly personalized color scheme, Cellina and Giovanni focused intently on the character they wanted the hotel to reflect. They wanted to create a hotel where they themselves would choose to stay. “I’ve learned how to turn a hotel room into my own private kingdom with just a few simple moves,” Cellina von Mannstein explains. “I love hotels that have tradition, those that have a story to tell – but most of all, those that have soul.” 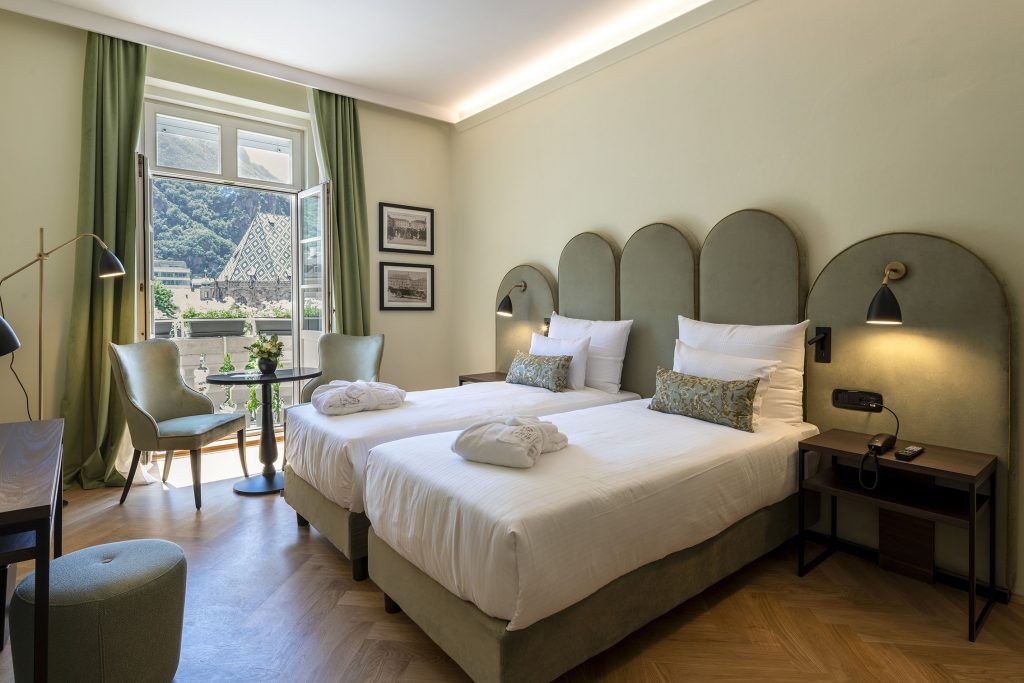 And Stadt Hotel Città definitely has soul. The two entrepreneurs immediately recognized this. “It has a distinctive charisma that must be developed to the fullest,” they explain, convinced about their plan to breathe new life into the “city’s living room” and transform it into a meeting and socializing place for Bolzano locals and travelers alike.

International flair, a retro style reinterpreted with a modern twist, and a touch of the Belle Époque all serve to bring the hotel’s elegance and beauty surging back to life. A new brasserie that is open to the public, the stylish Elliptical Hall and a café with Viennese flair are highlights of the new Stadt Hotel Città. And Cellina von Mannstein and Giovanni Podini will be there to steer things, discretely and expertly, from behind the scenes. 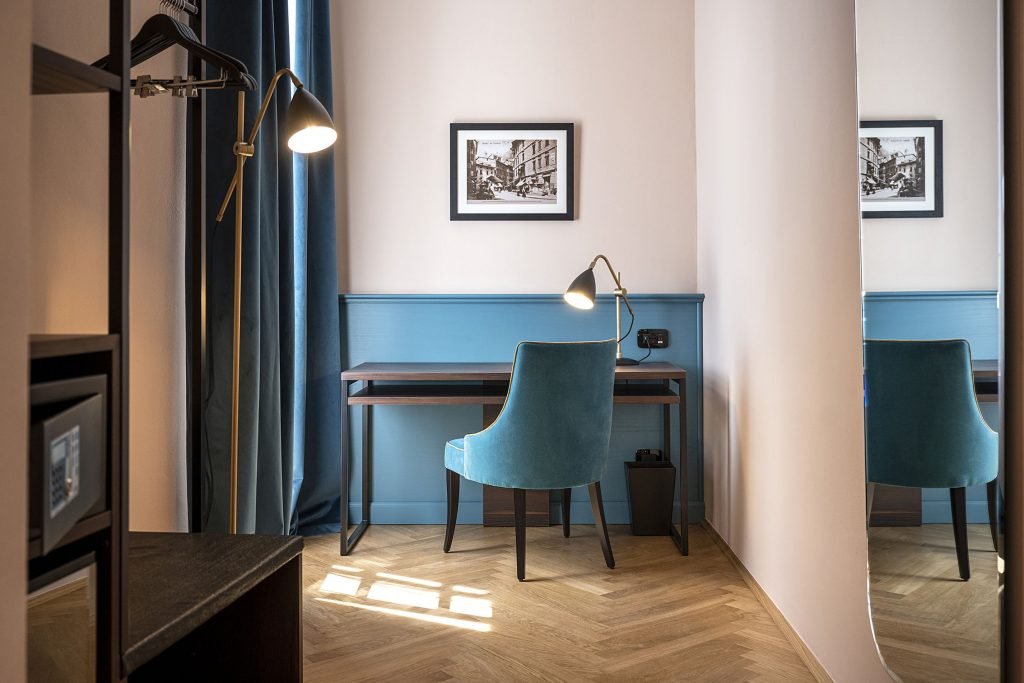