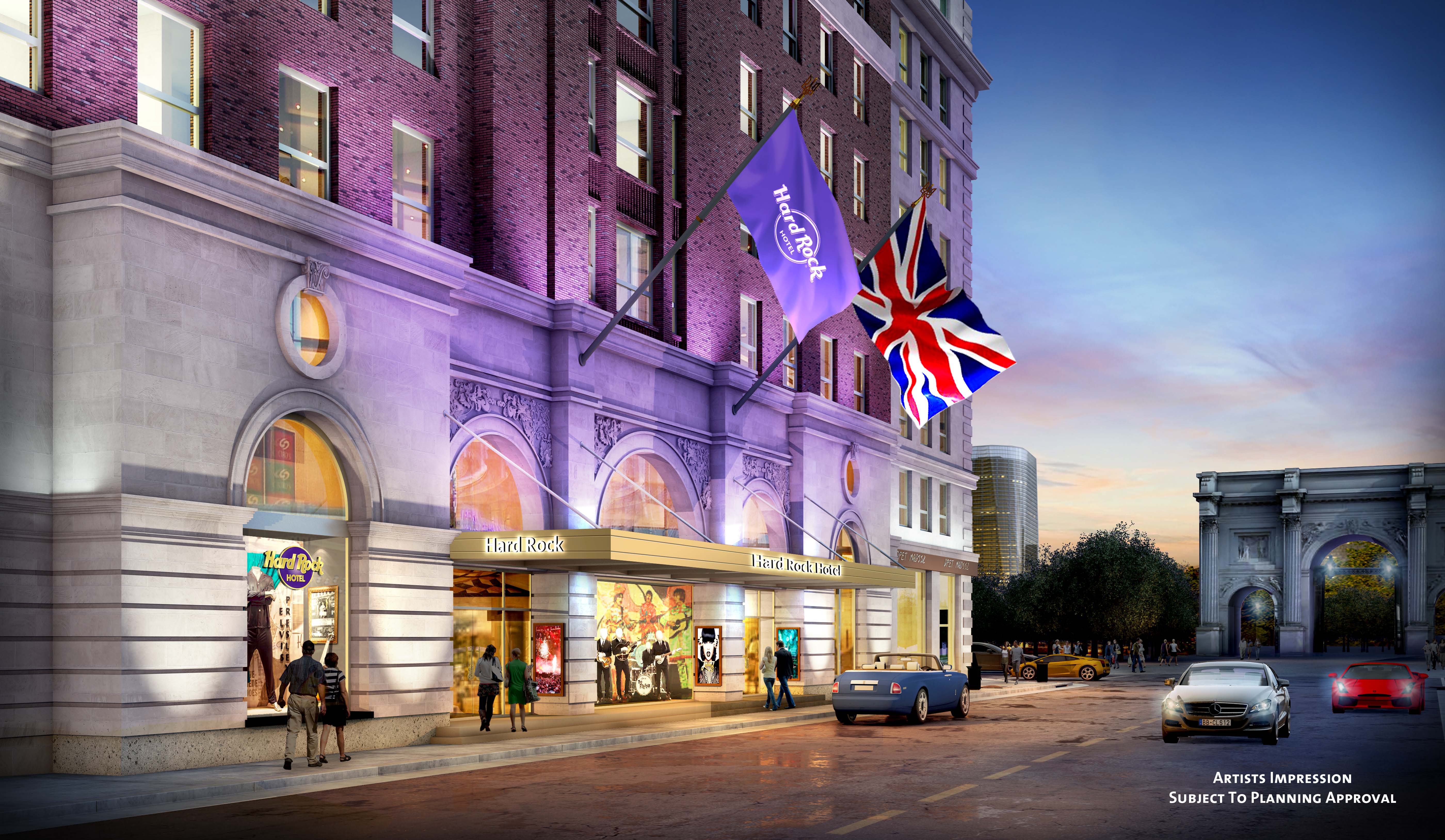 Hard Rock International, in collaboration with glh Hotels, unveils plans for Hard Rock Hotel London. A conversion of the existing Cumberland Hotel, once frequent host to guitar legend Jimi Hendrix, the upcoming Hard Rock Hotel London will be ideally situated in one of the city’s most sought after locations – directly at Marble Arch on Hyde Park and at the crossroads of the iconic Oxford Street and Park Lane. Offering panoramic views over Hyde Park, the 900-room Hard Rock Hotel London is scheduled for completion in summer 2018.

“From our foundation in 1971 with the opening of the first Hard Rock Cafe in London to the many days and nights spent at the legendary Hard Rock Calling festival in Hyde Park, London has always been a special city as the birthplace of our brand,” says Hamish Dodds, chief executive officer at Hard Rock International. “We look forward to completing the circle and establishing the Hard Rock Hotel in London, a legendary musical city that brought the greatest styles of rock to the world stage.”

“With Hard Rock’s proven track record of world-class service and hospitality, combined with glh Hotels’ extensive operating skills and expertise in the region as the largest hotel owner-operator in London, we are confident the future Hard Rock Hotel will be a success and we look forward to continuing to grow our collaboration,” says Mike DeNoma, chief executive officer of glh Hotels.

“glh Hotels has been at the forefront of hotel innovation in recent years, successfully adapting services for today’s guests who are increasingly international and digital savvy, and was the first owner operator to provide super-fast, free unlimited Wi-Fi as standard.  Recognising the importance of ensuring modern travellers stay comfortable and connected, glh Hotels will apply its operational expertise to provide a world-class customer experience at the Hard Rock Hotel London,” says Colin Roy, chief marketing officer of glh Hotels.