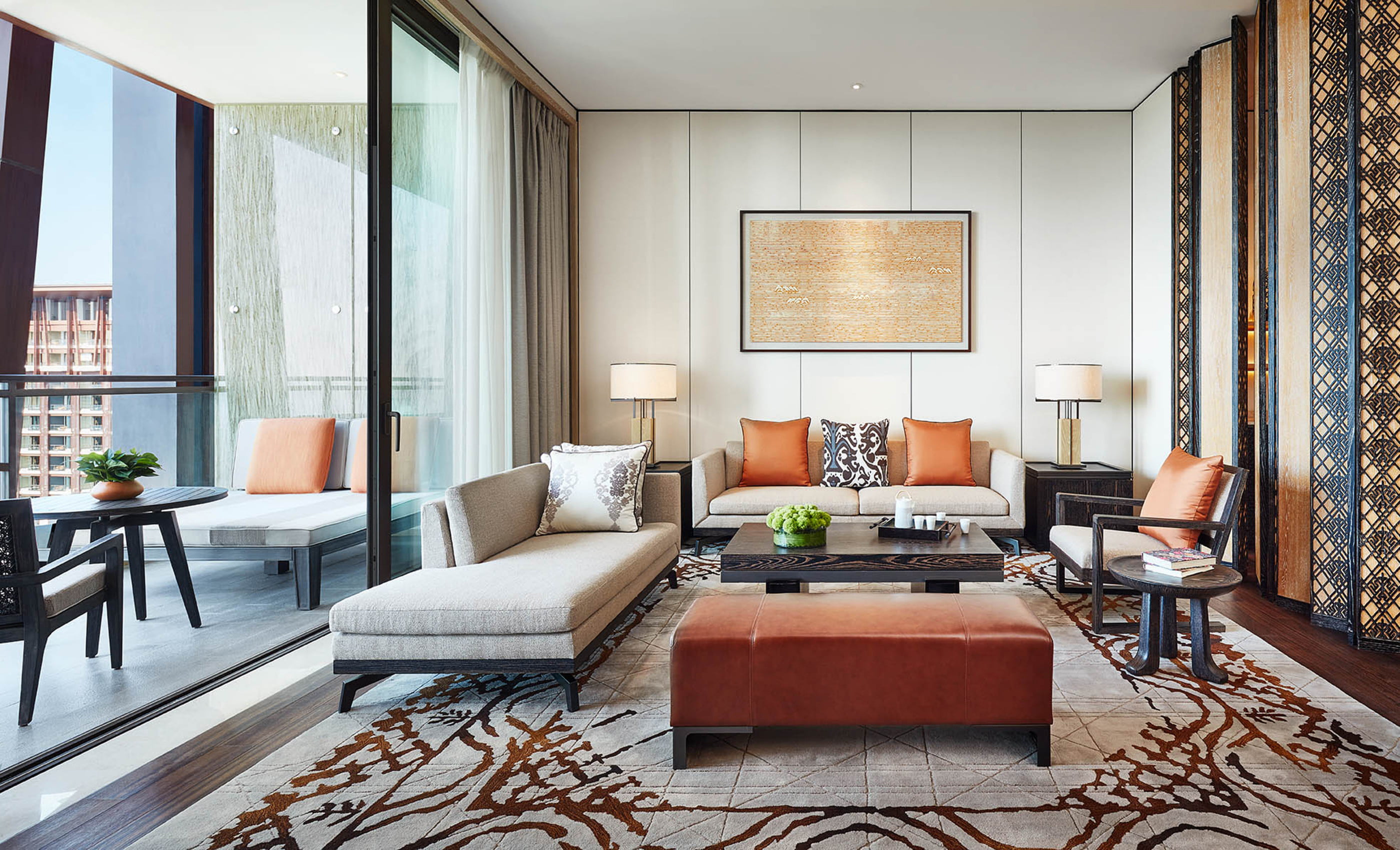 LTW has completed the design of Grand Hyatt Sanya Haitang Bay Resort and Spa. A milestone project, the property is the hotel group’s first beach resort in China. LTW was commissioned to design the hotel’s public areas, guestrooms and suites in addition to the spa and all-day-dining restaurant.

Situated on Haitang Bay, the hotel enjoys panoramic views of the South China Sea and direct access to one of the most striking white sand beaches in China. Inspired by boat-dwelling communities, the hotel was developed around the concept of a contemporary fishing village. Building on this theme, LTW has created a contemporary oasis with a design that evokes the cultural spirit of different ethnic groups in Hainan, while taking advantage of its idyllic tropical setting.

To match the lobby’s striking architecture, LTW has employed a warm colour palette and natural materials. Ethnic elements are seen in an eye-catching feature wall. Traditional woven patterns were also reinvented and paired with ceremonial colours and artwork to complement the deluxe materials and streamlined furnishings.

Raw textured materials and natural palettes are used for the rooms, contrasted against sleek silhouettes. The beauty and delicacy of traditional local craftsmanship is evident in the artwork and bespoke wall coverings.

Throughout the project, glass panels were used extensively to bring the beauty of the nature into the interiors. Reflecting local culture and traditions, Grand Hyatt Sanya is a haven of understated elegance and calm.