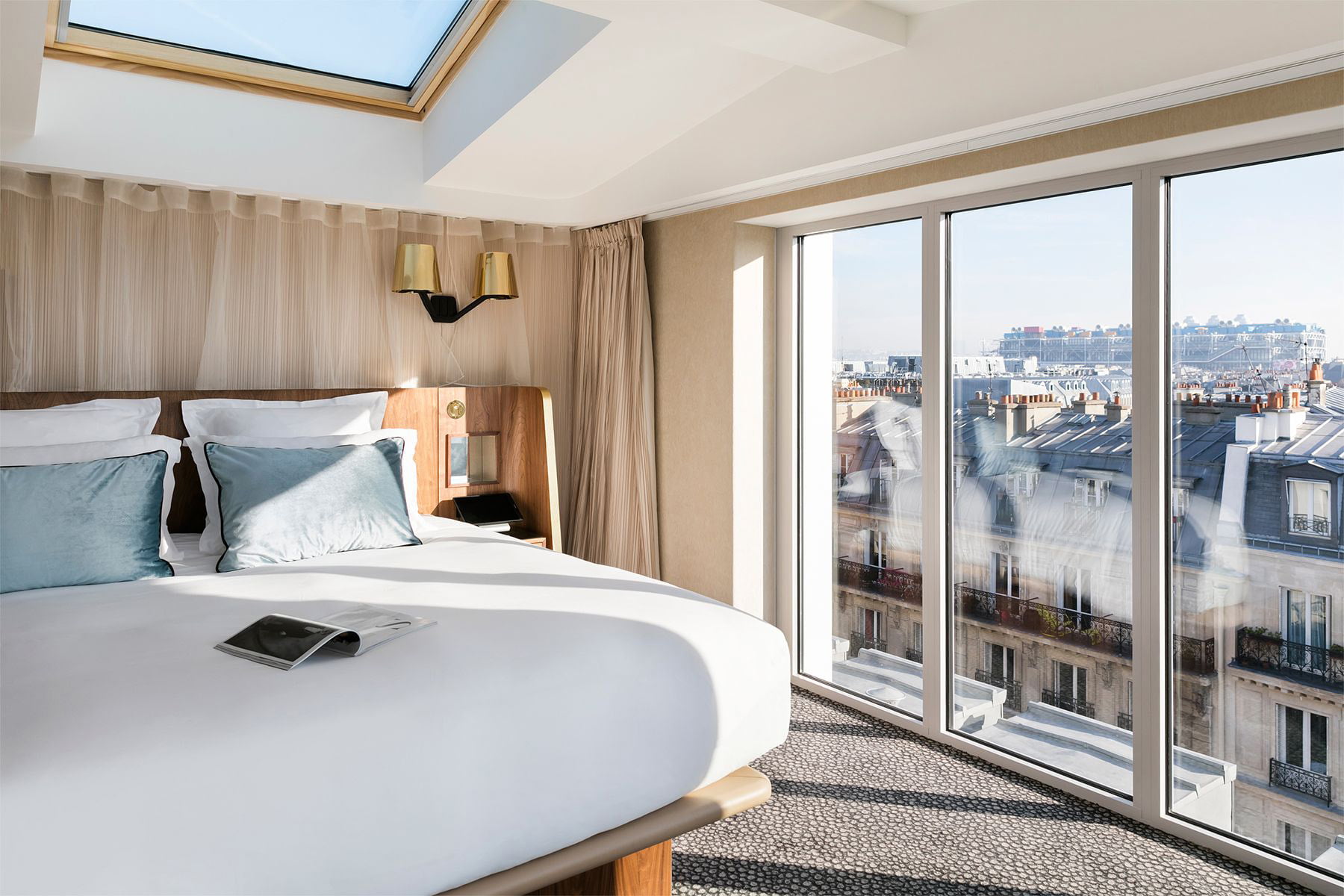 The flagship hotel of the Maison Albar brand, the “Paris céline” embodies French wit and elegance, as an expression of an innovative hotel concept. For the outfitting of her “Paris céline” hotel, céline Falco has called upon her friends and accomplices in architecture, design and the arts.The architecture was entrusted to Atelier COS and the interior décor to Alexandre Danan, EDO consulting.

Spending a night in one of the rooms with balcony, curling up in a cosy bed while admiring the stained-glass windows of saint-eustache, gazing over the rooftops of Paris from room 1923 perched at the top of the building with a panoramic view of the capital, so many experiences you can enjoy at the “Paris céline”.

Maison Albar Hotel is a new international brand born out of the association between Paris Inn Group and Plateno Group, the leading hotel group in China. This new international brand includes 5 star hotels of up to 100 rooms, with an intimate and personal atmosphere and stylish design, showcasing a combination of French elegance and the cultural imprint of the location. Added to this is a personalised service which enhances the unique experience afforded to each guest. With the forthcoming opening of further hotels in Paris, Europe and Asia, Maison Albar Hotel intends to open 100 5 star hotels all over the world between now and 2025-2030.