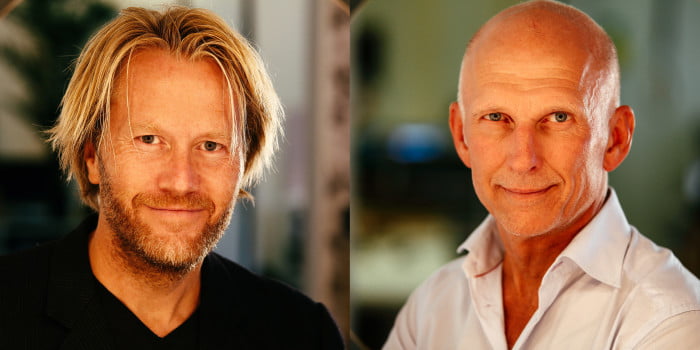 After reporting a steady growth in demand from international clients, a new partner and a new CEO will join Stylt Trampoli this autumn.

In order to be able to compete seriously on this demanding scene, the company needed to be fiscally strengthened, and to overhaul its organisation. This is why, starting in August 2015, Gothenburg-based Layline Partners has come on board as a partner in the company. Layline Partners is owned by entrepreneurs Olle Langenius and Örjan Serner, who part-own (and in many cases have helped to start up) several dozen companies, mostly in the media and communications sector. Layline will contribute capital towards running and developing Stylt Trampoli, as well as know-how to help the company take the next step in its development.

“We have been keeping in touch with Stylt for several years now”, says Olle Langenius. “Stylt’s offering – storytelling, design and architecture – is extremely attractive. Together, we’re going to push Stylt towards even greater achievements in a larger marketplace.”

Erik Nissen Johansen is more than pleased with Stylt’s new partner.  “Layline’s experience with international business in combination with our proven creativity will provide the perfect foundation for continuing to create amazing experiences all around the world. With Layline on board, we have a partner who is committing capital as well as knowledge in areas that will strengthen and complete our organisation.”

In connection with these new efforts, Stylt will also commence a search for a new CEO. Stylt’s current CEO, Lars Magnusson, will step down after ten years at the company, transitioning to an advisory role as a consultant.

“During my time at Stylt, the company has grown enormously, and the type of projects we work on has changed a lot,” says Lars Magnusson. “It’s been an amazing journey and this feels like a great time to hand over the reins to someone new.”